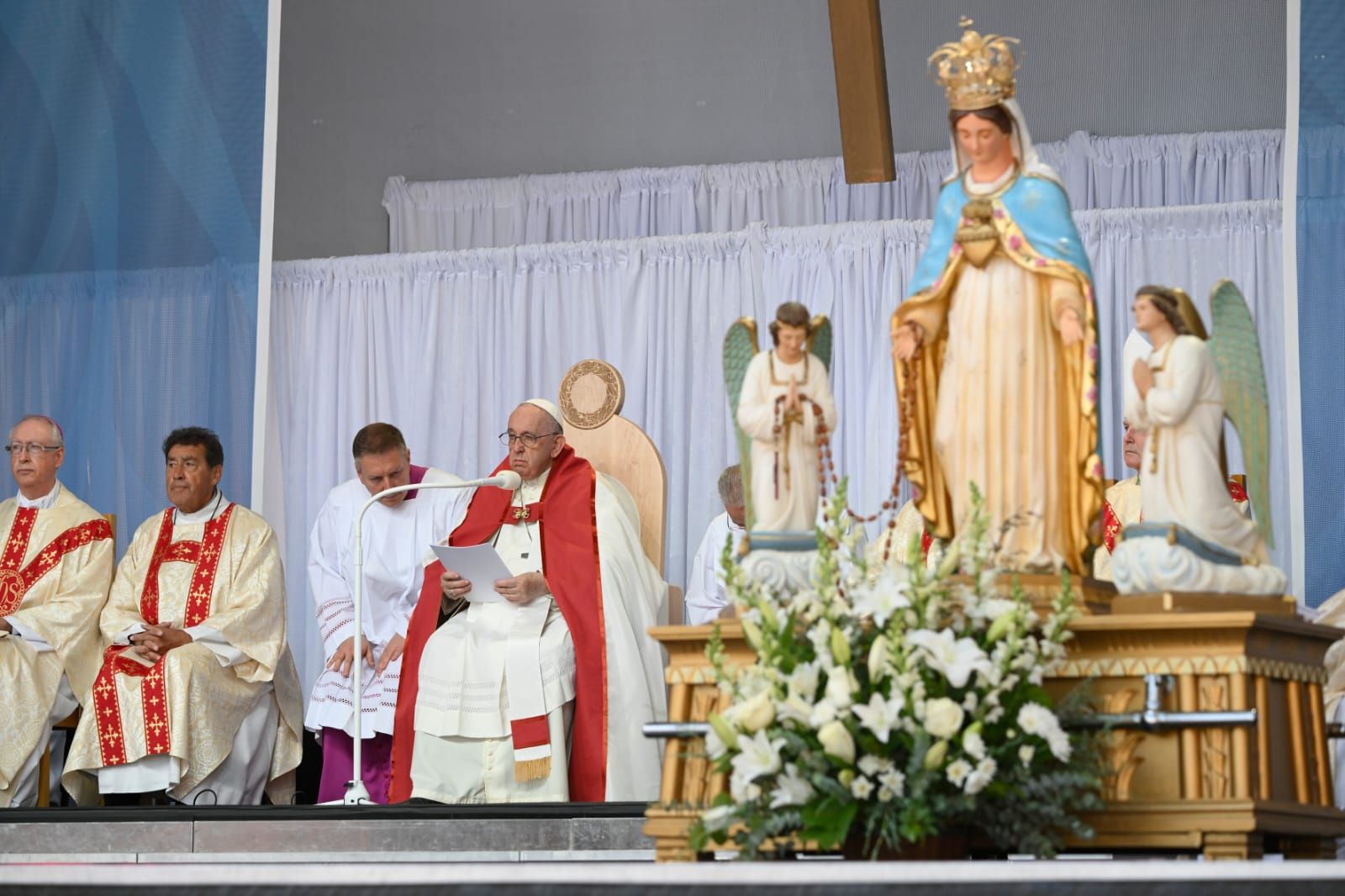 Bishop Motiuk stressed that the Ukrainian bilingual school curriculum, which is part of the Catholic school system, cultivates a listening attitude. In these schools, a path of mutual knowledge was forged between the children of the indigenous populations and the Ukrainian children.

“The students told each other the stories of the residential schools of the Holodomor, the great famine.”

The Holodomor – also known as the Terror-Famine – was perpetrated in Ukraine between 1932 and 1933. It killed between 2.5 and 7 million people.

The stories were told through “songs, presentations, making a journey to heal wounds, but through the eyes of children, to value each other’s language, faith, traditions”.

After all, the experience in Ukraine today is on some level similar to that of Indigenous peoples in Canada, said Bishop Motiuk, because “Indigenous peoples felt that their traditions would be uprooted, that they would become normal Canadians. And today, in Ukraine, we see that the approach of the Russian aggressor is precisely to uproot a people. It’s the same process as the Europeans when they arrived in Canada.

Instead, he concluded, we must “find the good and the beautiful in each person’s gifts”.

This path of understanding is reinforced by 11 treaties between the Canadian government and First Nations between 1871 and 1921, establishing that collaboration would be the cornerstone of the relationship between the British Crown (which then governed Canada) and Aboriginal people and to reconcile Aboriginal sovereignty with that assumed by the Crown.

According to Archbishop Lawrence Huculak of the Greek Catholic metropolis of Winnipeg, “The bishops in the United States are watching very carefully what we are doing in Canada, and they want to do something similar. There are steps forward, and it will be to see what there will be achievements, but it is certainly a different path because there are other situations. And we are aware that our approach cannot be similar to the European mentality. There are no definitive answers yet.”

Bishop Huculak also pointed out that “First Nations have a lot to tell us about working with nature, working the land, we know that they work with the land and have a positive relationship. However, when the Ukrainians were assimilated, we too are struggling with the loss of our identity, and we are trying to maintain ourselves, and we know that we have the same fight, we have to do something, and we have to look at the same force.”

At Catholic News Agency, our team is committed to reporting the truth with courage, integrity and faithfulness to our faith. We provide news about the Church and the world, seen through the teachings of the Catholic Church. When you subscribe to the CNA Update, we’ll send you a daily email with links to the news you need and, occasionally, breaking news.

As part of this free service, you may receive occasional offers from us on EWTN News and EWTN. We will not rent or sell your information and you can unsubscribe at any time.

The Ukrainian Greek Catholic Metropolis of Winnipeg also collaborated with the Commission for Ecumenical Dialogue of the Canadian Conference of Catholic Bishops, which explored the future of interfaith dialogue.

Archbishop Huculak explained that “many indigenous people became Christians and members of the Catholic, Anglican and Orthodox Church.”

At the same time, many other indigenous people “have retained their traditional elements, and it has been a struggle to help understand their claims. Because if you want to engage with the Orthodox Church or the Anglican Church, you check the documents they have produced on the issues and go from there to find common elements. It is not the same for the natives, who do not have documents. Rather, they have a strong tradition, rooted and transmitted from generation to generation. generation.

Andrea Gagliarducci is an Italian journalist for Catholic News Agency and a Vatican analyst for ACI Stampa. He is a contributor to the National Catholic Register.

Uh-oh, the Greek Orthodox Archbishop of America is a liberal