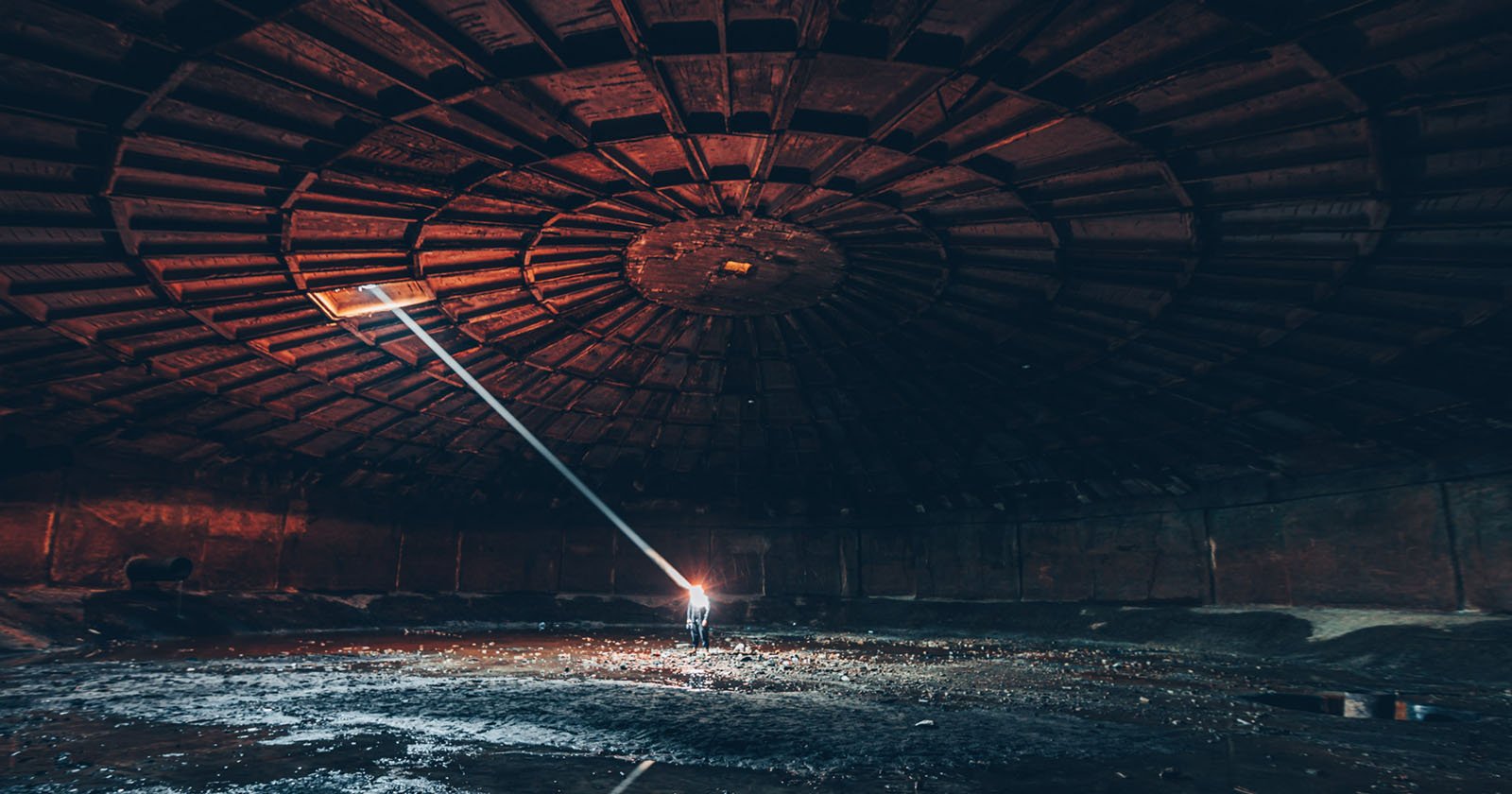 Beneath the streets of Tbilisi is a network of Soviet-era tunnels, bomb shelters, and chambers that many residents know nothing about. Over the past few months, the photographer David Tabagari explored this silent underground world with extraordinary results.

From spring 2021, the professional photographer began to venture into the entrances where most pedestrians pass without noticing. Many of these mundane entrances lead to an underground world with a mysterious and sinister past.

Tabagari says his day job, working for Tbilisi City Hall, was helping to find information about the location of various Soviet-era facilities under Tbilisi.

But Tabagari says most of his explorations come after spotting telltale street-level ventilation grills and gaining information from various â€œdiggerâ€ networks.

Tbilisi’s diggers are adventurous Georgians who frequent these secret underground spaces and sometimes share their findings in social media groups.

Little information exists on the construction of the Tbilisi underworld. According to local journalist and scholar Emil Avdaliani, much of the underground network was built by Lavrenty Beria, the notorious head of the Soviet secret police.

Together with fellow Georgian Josef Stalin, Beria oversaw the most savage repressions and massacres of the Soviet era.

Passages under Tbilisi that would lead from a former secret police headquarters to the city’s train station have led to speculation that certain tunnels were used to transport prisoners or bodies during the deadly “purges” carried out under Stalin and Beria.

In the summer of 2021, Tabagari read a rumor in online forums about an underground prison under central Tbilisi. After researching online and on foot, he finally found the remains of prisoners’ cells under a former secret police station.

The site is so little known that when he interviewed young teens playing in a backyard, none of them had heard of the eerie space stretching right under their feet.

Tabagari recalls that â€œthere was no light there. It was very difficult for me to stay there, where people were injured or killed.

â€œSome people have used metal to scratch their names in the cells,â€ the photographer explained. â€œWho knows, but some local historians have told me that it is possible that some of the names are those of people who were shot. In these cells you can see the real face of the Soviet Union.

Other underground spaces were built in anticipation of nuclear war.

â€œAll major cities in Georgia had underground shelters,â€ says Tabagari. â€œEven under big factories, hospitals and government buildings, they had their own air raid shelters. “

The photographer says being inside the underground bomb shelters created a powerful reminder of the tension of the Cold War, when the world nearly burst into nuclear conflict. â€œYou can feel how dangerous it was,â€ he says.

Tabagari spoke to diggers who entered the Tbilisi underworld shortly after the collapse of the Soviet Union in 1991. They told him: â€œEverything inside was perfect. There was water, there was food, there were generators and air pumps. You could have stayed underground for a month.

One of the bomb shelters that Tabagari encountered in Tbilisi consisted of around 150 pieces. The photographer says the shelter was “like a mini-city under a city” that could be sealed with massive steel armored doors. â€œI’ve never seen anything like it,â€ he says.

Tabaguri says the Fight Club rule for explorers of the Tbilisi underworld is that they must not touch anything.

Although he has drawn attention to the mysterious underworld of Tbilisi, Tabagari says he hopes the exact locations will remain the preserve of the only tight-knit group of local explorers.

“If these places become known, they will be destroyed”, Tabagari Recount RFE / RL. “I hope we can keep them a secret.”

You can find more of Tabagari’s work on his Instagram.

About the Author: Amos Chapple is a Kiwi who photographs and writes for Radio Free Europe / Radio Liberty. It has been published in most of the major news titles around the world. You can find more of his work on his website. This article was also published on RFE / RL.