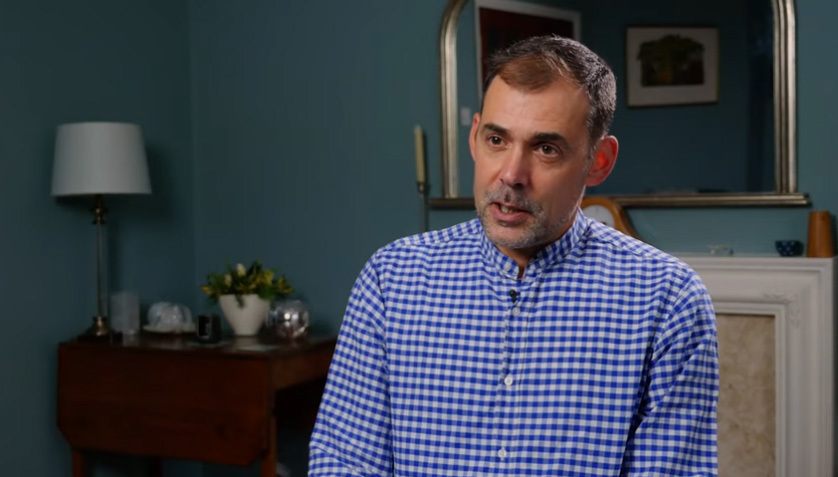 Pastor gets audience over tweet warning against LGBT pride

A British evangelical pastor who was forced out of his job as a primary school caretaker after posting a tweet warning parents against exposing their children to nudity and sex at LGBT Pride events has spoken out his case this week before an employment tribunal in Cambridge.

Pastor Keith Waters’ troubles began after he posted a tweet on June 1, 2019, which read, “A reminder that Christians should not support or attend LGBTQ ‘Pride Month’ events held in June. They promote a culture and encourage activities contrary to Christian faith and morals. They are particularly harmful to children.”

Waters, 55, had felt called to work as a caretaker at Isle of Ely Primary School and pastor New Connections Free Church, which forced him to leave a church he had led for over a dozen years and working as a college domain manager at the University of Cambridge. The appeal also meant he would take a 60% pay cut and move his family 100 miles across the country.

The pastor said he enjoyed his new job at the school, where he implemented fire safety policies and taught gardening skills to at-risk teenagers who physically threatened teachers.

Prior to the controversial tweet, Waters was highly regarded at Isle of Ely Primary School where, in a final assessment, he was described by management as “an asset to the school”, according to the Christian Legal Centre, which is representing his case against the Active Learning Trust, his former employer which oversees the primary school.

After the tweet, he was reprimanded by colleagues who said his comments were “highly inappropriate and offensive” and accused of breaching the code of conduct. He was then slapped with a written warning and removed from his regular duties.

The pastor said he and his family also received death threats and harassment at his home.

“The whole episode left me in emotional turmoil and had a lasting impact on me and my family,” Waters said of the school’s response to her tweet ahead of this week’s hearing.

“In 37 years of work, I had never been treated in such an indifferent and hostile manner. I had the choice of resigning or being silenced and unable to express my convictions as a Christian pastor. . .. Receiving a final warning meant that I would not be able to do what I do as a pastor, who defends the truth of the Bible.

In an earlier interview with Rebekah Moffett, communications manager for Christian Concern, Waters further explained his intentions when posting the tweet and the backlash that followed:

It is important here to be absolutely clear that my initial and ongoing concern is not rooted in opinions about same-sex attraction – it has nothing to do with individuals or groups of individuals. who disagree with my orthodox Christian ethics. Rather, it is about protecting children from sexualization and alerting Christians to what social action is good to support.

The fact that I experienced the fallout I did, from what was, after all, a rather unsurprising comment from a church pastor, is, I believe, rooted in the deliberate spin and l softening its image through the Pride movement, intentionally reaching out to families and children. through shops, schools, libraries, theater groups, local authorities, etc. all of which present Pride as just another festival and a fun event for the whole family. However, Pride has at its core the celebration of every form of sexuality and activity you can imagine, and probably some you can’t. If we add to this the freely available images, online or on mainstream media, showing high levels of nudity, sexual action and generally rude and lewd behavior, then we see the fundamental nature and purpose of these events. .

Waters’ lawyers argued he was wrongfully punished for exercising his right to freedom of religion and expression of thought, leading to his resignation, Christian Concern said. His complaint relates to “constructed dismissal, indirect discrimination and violation of the duty of equality in the public sector”.

The lawyers also told the Labor Court that a precedent had been set in the landmark High Court ruling in the Felix Ngole case, which held that “historic Christian views on sexual ethics should not be confused with homophobia or discrimination against homosexuals,” added Christian Concern.

“I’m not doing this because I want to sue the school, but because I believe it’s the right thing to do,” Waters added in his statement before the hearing. “I want to make sure that other pastors in the future who work part-time in a secular organization will be free to preach the truth and not lose their jobs.”

“I always stand by what I said and I will always stand for the truth. I believe that the safety of children is paramount,” he continued.

Following his June 2019 tweet, some commenters responded by claiming his post was “homophobic” and that parents of students at the school had filed complaints.

Stephen Peacock, who represents the Active Learning Trust, shared a summary of a parent’s letter, telling the Telegraph: “The parent is disgusted that someone with such disgusting hateful views is employed in a setting with impressionable children.”

Water said he found those who complained had an “agenda” and that many complaints came from outside the community.

“Parents who complained may have seen what I wrote, but I think he was informed by a whole bunch of things that had nothing to do with the tweet,” Water said during of his audition, according to The Telegraph.

“It’s not about what I said, it’s about what happened around him. I didn’t talk about Pride month. I was talking about events and things that happened during these events,” he added.

While some parents have complained, Waters said in a statement this week that he also had “a lot of parents pulling me to the side saying they have my back, but they weren’t daring to say it out of fear. let the social media crowd do it too”. turn them on.

Waters reiterated that his reason for posting the tweet was to “address” and “warn” Christians about LGBT Pride events, which he says can include “nudity, people in sadomasochistic attire” and people speaking in an “overtly sexual nature”.

“I was talking about sexual activity and promiscuity in public. Whether heterosexual or homosexual made no difference. It was nudity,” he added, according to The Telegraph.

The Active Learning Trust was seeking disciplinary action against Waters because he said the tweet and subsequent fallout damaged the school’s reputation.

Waters said he felt like there was no choice but to resign from his job as school caretaker on June 24, 2019, a day before the school’s scheduled disciplinary proceedings.

John Elworthy, the editor of the Ely Standard, was among those who drew attention to the pastor’s Twitter post in 2019 which quickly made local and national headlines. The editor claimed in a tweet that Waters was “attacking” the LGBT community in Ely ahead of the Pride events in June.

The day after Elworthy’s tweet, a Cambridge-based reporter confronted Waters as he prepared for his Sunday sermon in an attempt to force him to apologize for his Twitter post.

After this confrontation, Waters suffered several incidents of harassment and attacks, including being pushed off his bicycle. He also faced a barrage of bullying tactics, such as a rumor that he was a child molester, funeral directors being sent to his home to arrange his funeral, and estate agents arranging for sell his house after receiving outlandish calls that he needs to leave the area “in a hurry”.

“These are two different things. Many people with same-sex attractions are totally opposed to what happens at Pride parades, as one of the stated aims of the Pride movement is to celebrate a wide variety of fashions. lifestyles, which are diametrically opposed to Christian sexual ethics,” he said.

Andrea Williams, chief executive of the Christian Legal Center, said what happened to Waters is the latest in a long line of cases where “honest, kind, normal people are being harassed and intimidated for expressing moderate and mainstream Christian views on sexual ethics. .”

“We live in a world where even questioning the LGBTQ agenda can get you in serious trouble,” she said. “This is another example of how far LGBTQ advocates are willing to go to silence mainstream Christian views.”

“Anyone who believes in freedom of religion and speech should be very concerned about my story,” Waters said in an earlier statement to Christian Concern. “It was an attack, not only on my Christian beliefs, but on anyone who dares to question their affairs in public. The greatest concern should be that a story like mine becomes normal.”

What a Potential Russian Invasion at Chernobyl Means