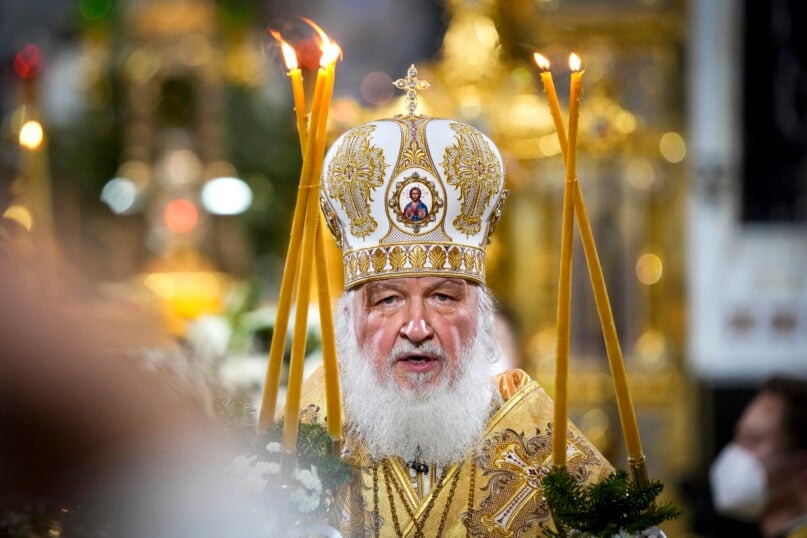 (RNS) – A Russian Orthodox priest was reportedly arrested this week after preaching a sermon denouncing the Russian invasion of Ukraine, an unusual example of the Russian government’s crackdown on a cleric from a religious tradition that has long operated from together with President Vladimir Putin.

According to a BBC report citing Russian activists, Reverend Ioann Burdin was accused of “discrediting the use of the armed forces” because of the sermon he preached on “Forgiveness Sunday”. The sermon included, among other things, descriptions of the destruction inflicted on Ukraine by Russian forces.

Burdin, whose church is in the western Russian village of Karabanovo, about 80 miles from Moscow, also reportedly shared anti-war images and a petition on the church’s website.

It was not immediately clear which petition Burdin had posted, but his name appeared on a public letter signed by more than 285 Russian Orthodox priests and deacons over the past week calling for an “end to the fratricidal war” against Ukraine and deploring the “trial which our brothers and sisters in Ukraine were unjustly victimized.

RELATED: Among the Russian Orthodox, glimmers of dissent against the invasion of Ukraine

On Wednesday, March 9, the Very Reverend Andrey Kordochkin, a Russian Orthodox priest from Madrid who helped launch the letter, confirmed to Religion News Service that the Burdin who signed the letter was the same one arrested this week.

“Yes, that’s him,” he said by text message, adding that the case of the arrested cleric is expected to go to court as early as Thursday.

Kordochkin later added that he had heard reports that Burdin currently faces fines instead of jail time, but expressed concern that making “the call for peace a criminal offense ” is equivalent to a “warning” for others.

The arrest comes amid a small but growing wave of dissent among Russian Orthodox priests against the invasion. The clerics directed their frustration at the political leaders responsible for the invasion – especially Putin – but also, in many cases, at the head of their church, Patriarch Kirill of Moscow.

In Ukraine, some Russian Orthodox priests have stopped commemorating Kirill in their services, arguing that his statements about the war – which include references to “evil forces” in Ukraine – amount to tacit approval of the attack. A few have even asked regional Russian Orthodox leaders in Ukraine to consider breaking with the church, also known as autocephaly.

Others urge Kirill to intervene. On Wednesday, Metropolitan John of Dubna, Archbishop of Russian Orthodox Churches in Western Europe, issued a open letter asking Kirill to “make (his) voice” with the Russian authorities against the “monstrous and senseless war” in the hope that “this deadly conflict ends as soon as possible”.

John also took issue with Kirill’s characterization of the conflict as a “metaphysical battle”.

“With all due respect, which I do not depart from, but also with infinite pain, I must bring to your attention that I cannot subscribe to such a reading of the Gospel,” it reads. in the letter.

JIM COLBURN: Why Our Insecurity Matters