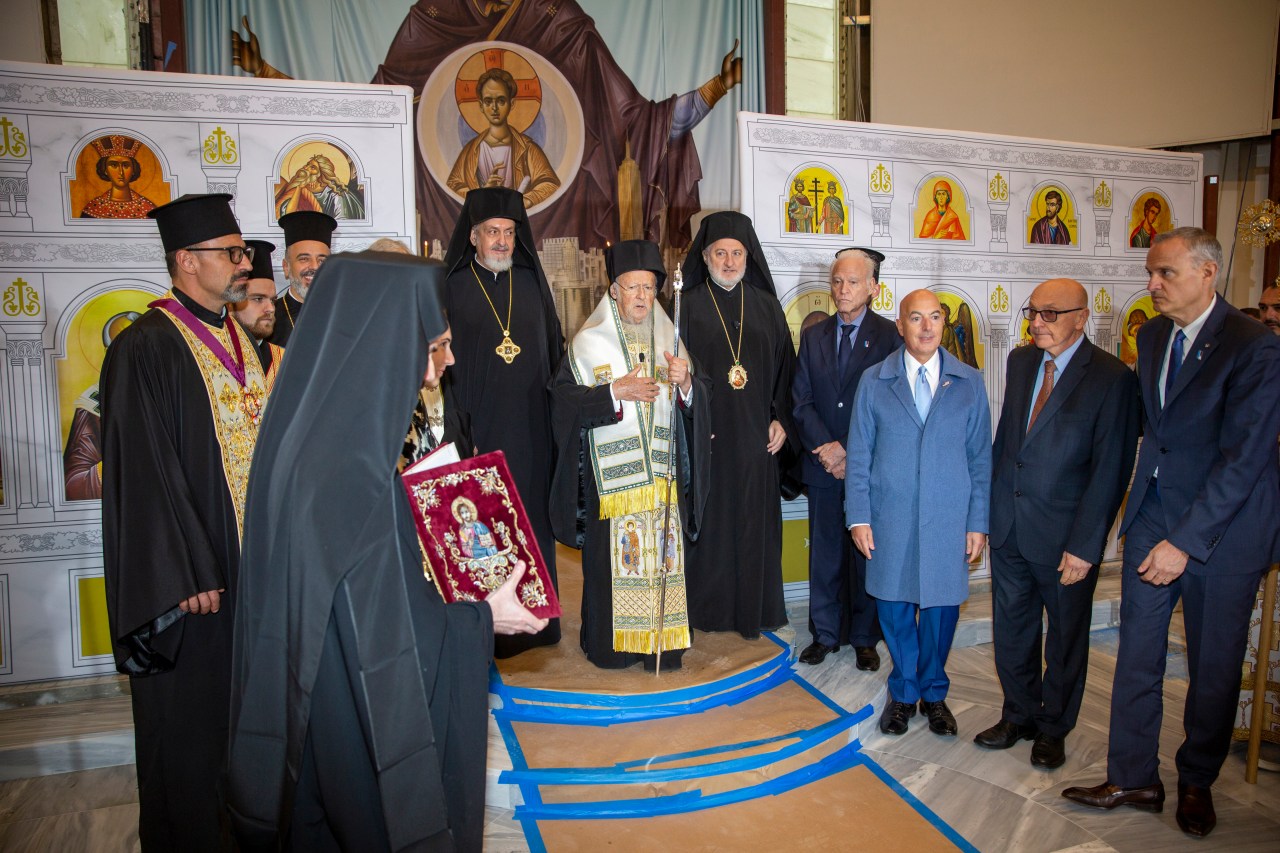 The spiritual leader of the world’s Eastern Orthodox Christians on Tuesday gave his formal blessing to an ornate shrine that will replace a small parish church destroyed in the September 11, 2001 terrorist attacks in New York City.

Ecumenical Patriarch Bartholomew of Constantinople, about to complete a 12-day visit to the United States from his home base in Turkey, spoke of dark memories of that day two decades ago as he presided over a ceremony opening the door to the Greek Orthodox Church of St. Nicholas and the National Shrine near the World Trade Center.

â€œWe are here today on this sacred grounds of the World Trade Center, where the world changed in a cruel and terrible time 20 years ago,â€ he said. “This sacred ground of the American experience is where the Orthodox Christian faith will take the initiative to demonstrate to the world that good is more powerful than evil, that there is life beyond death and that love will always triumph over hate. ”

The domed shrine, designed by famous Spanish architect Santiago Calatrava, replaces a small parish church that was destroyed by the fall of the South Tower on September 11. Located in a small elevated park overlooking the World Trade Center Memorial Square, it remains under construction and is slated for completion next year.

The original church was the only place of worship destroyed on September 11. No one was killed in the building, although many Orthodox Christians were among those who died in the attacks.

The ceremony on Tuesday took place largely outside under an overcast sky, against a backdrop of choral singing. It began with the patriarch blessing a large cross, adorned with a crown, which was then hoisted by a crane to the top of the dome.

Bartholomew and others joined in a quiet procession with young people carrying crosses and candles before stopping to bless various items from the original church which were damaged on September 11 but not destroyed. They included a twisted bell and a torn icon honoring the Virgin Mary.

The white-bearded patriarch, dressed in black and richly decorated garments, then blessed the glass doors of the shrine with holy water and tapped them with his staff before entering. He signed an ornate gospel book for use in church worship, along with other dignitaries including Archbishop Elpidophoros of the Greek Orthodox Archdiocese of America.

Bartholomew also presented as a gift a relic of Saint Nicholas – a hand of the elder saint, he said: “We bring his physical and spiritual presence, in the sacred relic of his holy hand, which will find a place of rest. eternal in this National Sanctuary.

The shrine, in addition to its shrine, will include a separate space for meditation and reflection for people of all faiths to remember those who were lost on September 11. In September, on the eve of the 20th anniversary of September 11, church officials held a dedication ceremony for the building to illuminate one of its distinctive features, its translucent marble cladding.

Tuesday’s ceremony also marked the 30th anniversary of Bartholomew’s enthronement as Patriarch, the longest reign of any Patriarch on record, according to Elpidophoros.

As Patriarch of Constantinople, Bartholomew is considered the first among his peers among the Eastern Orthodox patriarchs, which gives him importance but not the power of a Catholic pope. It oversees the Greek Orthodox and some other jurisdictions, although large parts of the Eastern Orthodox world are autonomous under their own patriarchs.

Bartholomew arrived in the United States on October 23 and spent the following night in a Washington hospital after feeling “unwell,” church officials said. He resumed a busy itinerary the next day, including a visit to the White House with President Joe Biden. On Tuesday, he spoke in a firm voice and showed no obvious signs of fatigue as he stood throughout the hour-long ceremony.

During the visit, the Patriarch called for a strong response to climate change and religious freedom and cooperation, and he drew attention to the plight of Turkey’s small Orthodox minority community, renewing calls for the reopening of an Orthodox seminary which was closed by the government of that country. He received an honorary doctorate from the University of Notre Dame in Indiana, in recognition of his efforts to improve Catholic-Orthodox ties, and the Human Dignity Award from the American Jewish Committee.

He is due home on Wednesday.

A 2017 Pew Research Center report found that there were approximately 200 million Eastern Orthodox in the world. He said there are Orthodox in the United States, with almost half of those Greek Orthodox.

This story has been corrected to reflect that one of the items blessed on Tuesday was a torn icon honoring the Virgin Mary. Earlier, a church official who attended the ceremony told The Associated Press that it was an icon of Saint Dionysus of Zakynthos.

The Associated Press religious coverage receives support from the Lilly Endowment via The Conversation US. The AP is solely responsible for this content.

When you fight a police state, there are no safe spaces