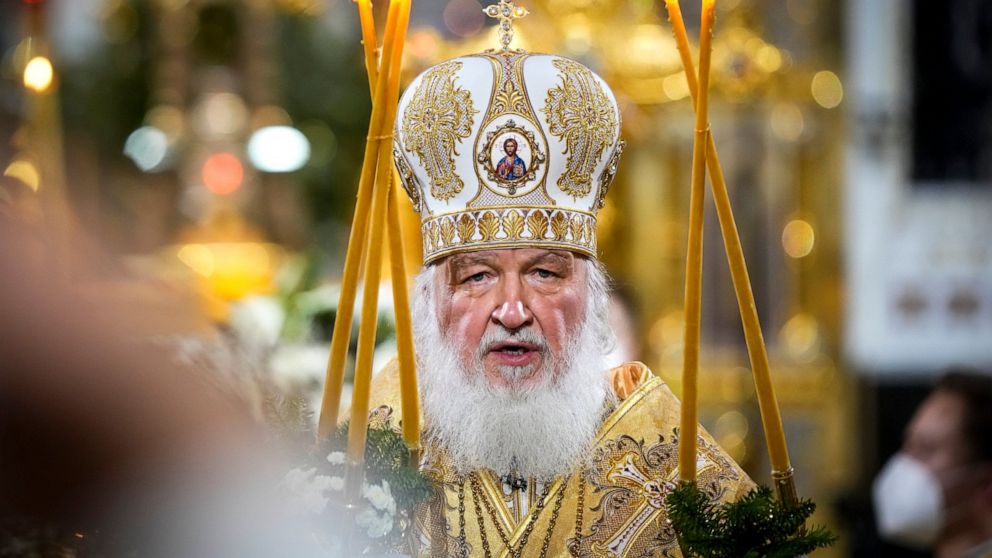 Orthodox Christians in Russia, Serbia and other countries celebrate Christmas amid restrictions aimed at curbing spread of coronavirus

MOSCOW – Orthodox Christians in Russia, Serbia and other countries celebrated Christmas on Friday amid restrictions aimed at curbing the spread of the coronavirus, but few worshipers appeared worried as they flocked to churches on Christmas Eve.

The majority of Orthodox believers celebrate Christmas on January 7, with particularly popular midnight services. Churches in Romania, Bulgaria, Cyprus and Greece celebrate the Nativity of Jesus on December 25 with other Christian denominations.

The Russian Orthodox Church, the largest Orthodox congregation, said celebrants should wear masks and observe social distancing during Christmas services. In Moscow’s huge Christ the Savior Cathedral, the head of the church, Patriarch Kirill, and other gold-clad priests chanted prayers and waved steaming incense vessels during a midnight service .

A live broadcast from the service said about half of the worshipers in attendance were without masks or had them pulled up to their chin as they watched the pageantry.

Russian President Vladimir Putin, also without a mask, attended a church service with the image of the Savior made without hands in Novo-Ogaryovo, outside Moscow.

The daily number of new COVID-19 cases in Russia fell by about half over the past month, to around 15,000 on Thursday. But there are strong concerns that the highly contagious variant of omicron could take hold in the country.

Health Minister Mikhail Murashko said on Thursday that officials had detected omicron infections in people who had not traveled outside of Russia.

In Serbia’s capital, Belgrade, hundreds of worshipers gathered in front of the Temple of St. Sava, the largest Serbian Orthodox church, for the traditional burning of dried oak branches that symbolize the Yule log. The church has also scheduled a liturgy for Christmas Eve at midnight.

No specific anti-virus measures have been announced for religious ceremonies in Serbia despite a huge increase in infections apparently fueled by the omicron variant. Serbia reported more than 9,000 new cases daily on Thursday, the most in a day since the start of the pandemic.

Sanitary measures in Serbia include the mandatory use of a face mask indoors and limits on gatherings, but the rules have not been fully observed. Vaccination passes are required for bars, restaurants, and clubs at night, but not for churches or other indoor locations.

In his Christmas message, Serbian Orthodox Church Patriarch Porfirije singled out medical staff for their work during the public health crisis and said: â€œI pray that the sick will recover as quickly as possible and that the disease who attacked the world passes. “

“The Church therefore calls during the pandemic to respect the reasonable measures and recommendations of the governments and other authorities of the states and regions in which our people live, but also reminds everyone to avoid exclusion and respect for human freedom. as the highest and most precious gift from God to men, â€added Porfirije.

In Kazakhstan, the large Orthodox community was unable to observe Christmas in churches. All religious services have been canceled as part of a national state of emergency imposed after violent clashes between protesters and police in several towns. About 20% of the inhabitants of this predominantly Muslim country identify as Orthodox.