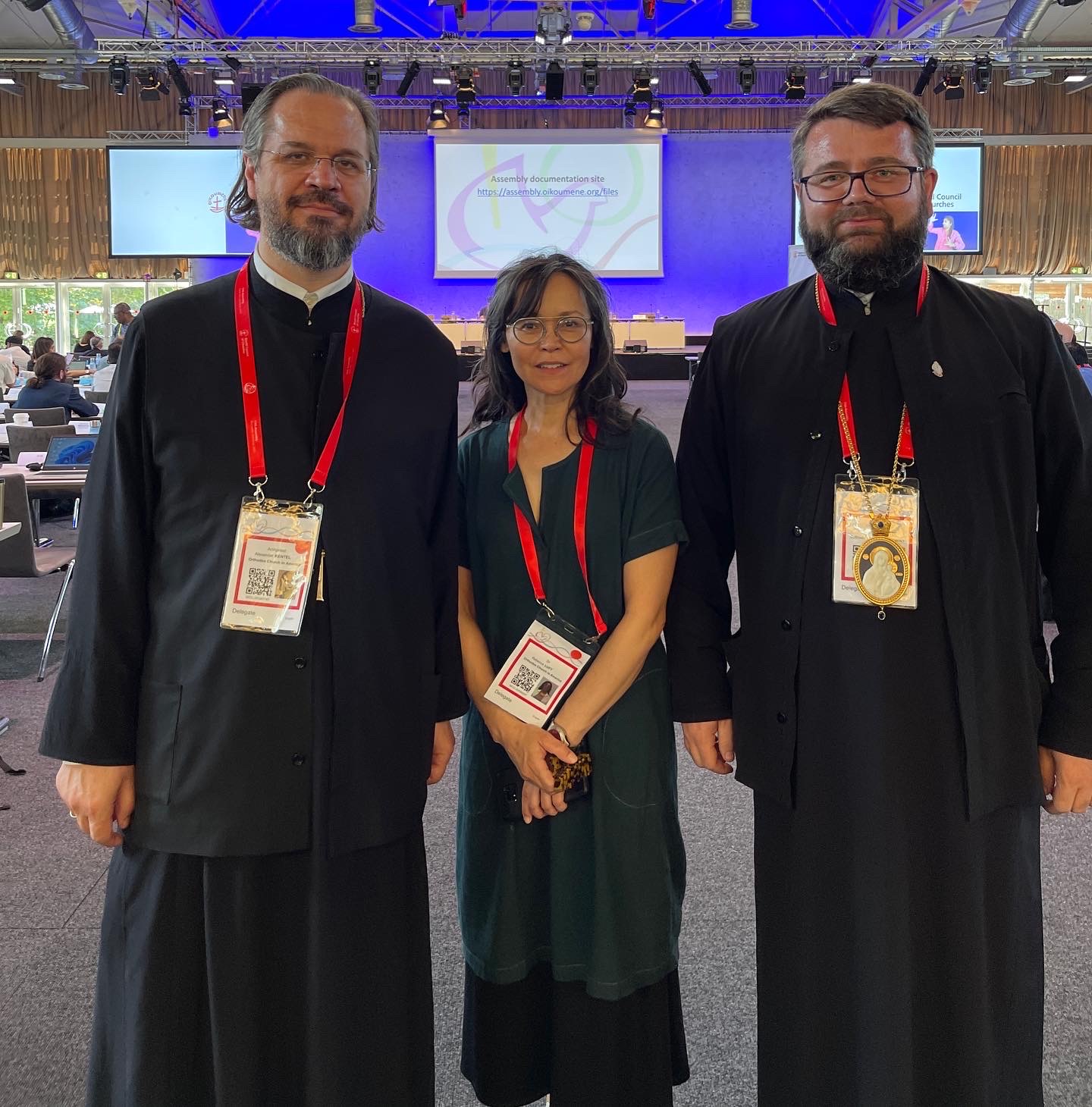 The Church’s World Council Assembly brings together Christians from around the world and of all denominations to meet, deliberate and plan the future programs and projects of the WCC. The delegation of the Orthodox Church of America joins those of the other local churches of the Orthodox Church, which are almost all present at these assemblies. In addition, the various Eastern Orthodox Churches are all equally represented.

The delegation of the Orthodox Church in America not only attended and participated in the various programs of the Assembly, but the members also served the Assembly in various ways. Father Alexander served on the message committee, which drafted a final assembly message.

Dr. Luft has served on the Program Guidelines Committee and its subcommittee, Ecumenical Training and Education.
During the Assembly, the OCA delegation met formally and informally with delegations from other Local Orthodox Churches, as well as other delegates, advisers and guests of the Assembly. One of the first highlights of the assembly was the arrival of His Beatitude Patriarch John X of Antioch, who had been one of the eight regional presidents of the WCC. To conclude his visit, Patriarch John X delivered a sermon to the Assembly at the end of the day on August 31, in which he called on those present at the Assembly to stand up for Christians in the Middle East. Father Alexander was able to receive the blessing of Patriarch John X and convey to him the fraternal greetings of His Beatitude Metropolitan Tikhon.

At the end of the Assembly, Father Alexander was elected a member of the WCC Central Committee.

Startups secured loans of Rs 10-cr each under new scheme