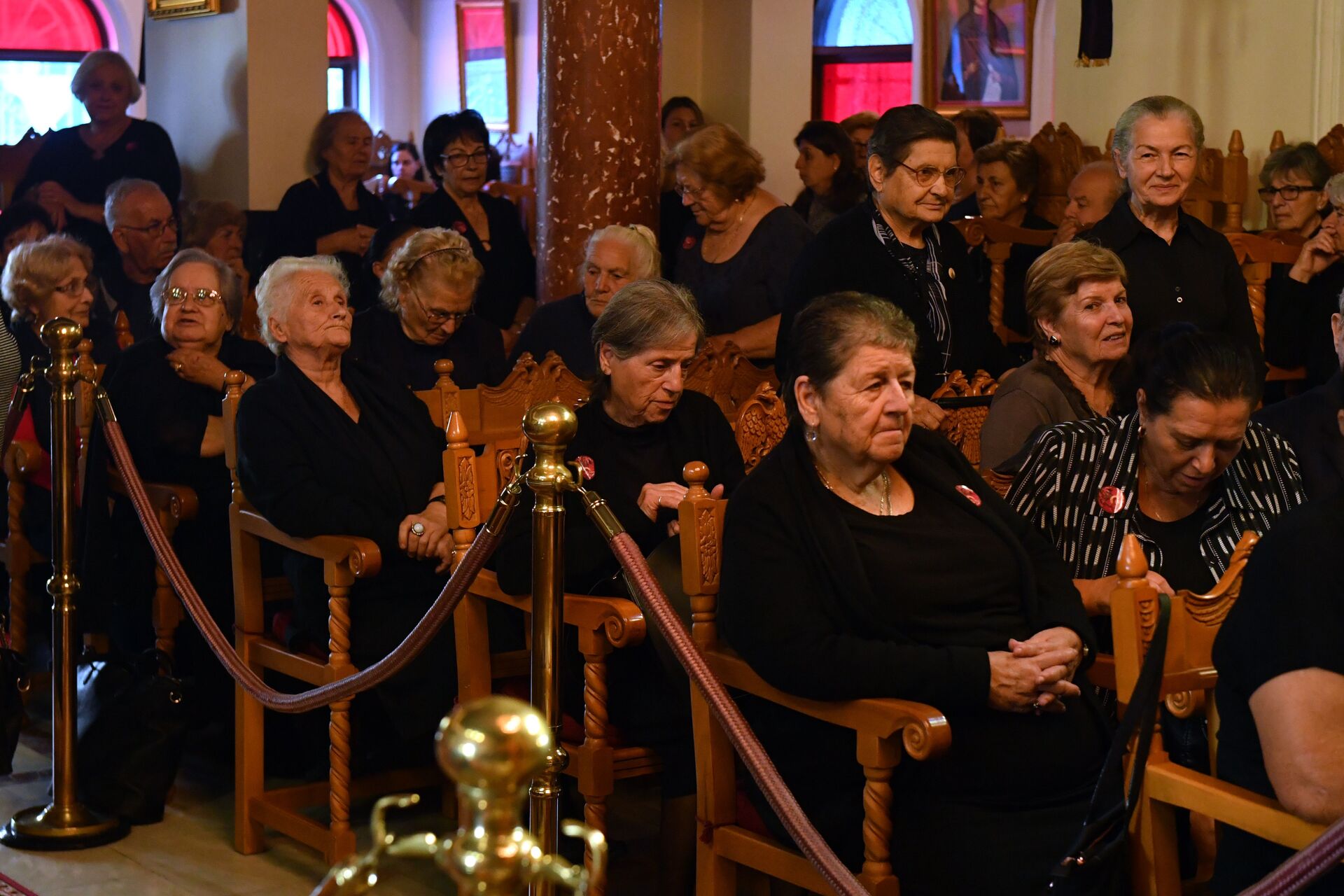 Some of Melbourne’s Greek Orthodox churches will go the extra mile to make parishioners feel safe during Holy Week following a spate of burglaries.

According to an announcement from the Greek Orthodox Archdiocese, the burglaries took place at churches in Melbourne including Panagia Sumela in East Keilor, Agios Dimitrios in Moonee Ponds, Oakeligh’s St Anargyroi and the Holy Archdiocese Bookstore at Axion Esti Monastery in Northcote.

The door to the church was found unlocked on Monday afternoon and police have been told of damage, missing donation boxes as well as missing items on the altar.

“We were warned to be careful, but unfortunately the damage was done right after,” said parish president Nick Falekas.

Earlier on Saturday, a small donation box was also removed from the premises.

“According to the treasurer’s estimates, the amount taken from two donation boxes – one for the purchase of flowers and the other to support those in need – could reach $800,” Falekas said.

The church will install CCTV cameras, but from Thursday additional security measures will be taken immediately, with the parish hiring a security guard.

“To make sure people feel safe and order is maintained,” Falekas said.

They are not the only ones.

Presentation Parish of Our Lady in North Balwyn reportedly employed security overnight. A similar step is being taken by St Haralambos of Templestowe, a church targeted by alleged crimes twice within days.

“The church is like our home to us, so you end up feeling like your personal space is being violated,” Father Elias Kentrotis said. Neos Cosmos.

The first time St Haralambos was the target of a burglary was on Saturday morning during service hours.

In CCTV footage released by Channel Nine, a man is shown removing a bowl with donations from the pew next to the church door before leaving.

“We were kind of prepared when the other incident happened in the early hours of Monday morning,” the father said. Elias said, explaining that the drawers where the donation boxes are kept were deliberately left open and empty.

Although recognized as “a big extra cost to the church”, the parish committee of St Haralambos decided to hire a security guard to be present during Holy Week.

“It is not a routine measure, but we want people to be safe when they come to church,” the priest said while asking the community to practice forgiveness.

Sources said Neos Cosmos that at least two churches would have been attacked by the same author.

Meanwhile, a debate has emerged online over the incident with many voicing harsh criticism.

The local Parish of Panayiota Athanasopoulos was not among those targeted by the alleged burglaries, but it regularly attends services at some of the affected churches.

In a Facebook comment on the alleged theft, she expressed her thoughts: “Someone who steals money intended to help the poor is not a pleasant act. But if we think about it, this man might be in some kind of dire need.

“I think instead of judging him, we can pray for him.”

It’s a call echoed by Bishop Evmenios of Kerasounta, when asked to comment on the investigations into the burglaries.

“The CCTV footage was in the hands of the police,” Bishop Evmenios confirmed on Tuesday, adding that parishes are doing their best to ensure a safe environment for parishioners.

“But there is something I feel like I want to say about this whole situation. Of course, we are all saddened. But what crossed my mind is that whoever did this acted out of necessity. And maybe in this way, because as humanity we have not been as close to our fellow human beings as we should be,” Bishop Evmenios said.

Commenting on the “negative reactions” noted online, the bishop recalls the story of Saint Dionysios who became an emblem of Christian values.

The Saint had lied to protect a man persecuted by the authorities for murder.

“It turned out that he had killed the brother of St Dionysios. Let’s not forget that the Church is love and forgiveness.

According to Bishop Evmenios, the impact of the pandemic on mental health has been harsh for many and this must be taken into account when dealing with someone in need.

“Avoid judgment, practice understanding instead. Everyone should know that we offer help to those who need it, they just have to approach us and ask us. But above all, let’s not ignore a single person who wants to tell us about their suffering. We have to listen to people, otherwise we could lead them to a worse situation.