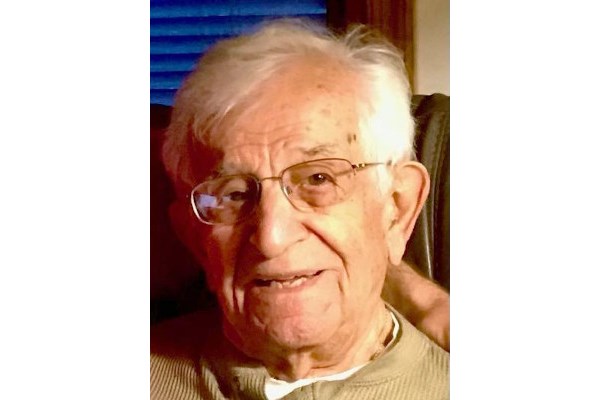 Nicholas (“Nick”) Chrisanthon, 97, of Ocean City, NJ, passed away peacefully in his sleep on Saturday, December 11, 2021. Nick was born on September 19, 1924 in Media, PA. He graduated from Media High School and then served honorably in the US Army Air Corps as a B-24 bomber during World War II. Nick went on to obtain his teaching degree from the University of West Chester. In 1948 Nick married the love of his life, Nikki (Spanos). Together, they have lived inseparable for over 73 years, always side by side. Nick worked in his family’s restaurant, the Crystal Restaurant, then spent over 20 years at Penncrest High School teaching driver education, health, physical education and wrestling training. Nick was a staunch devotee of the Greek Orthodox churches of St. Luke and St. Trinity. Nick is predeceased by his sister, Theresa Christofas â€‹â€‹(Louis), and his eldest son, Demetrius Chrisanthon. He is survived by his beloved wife, Nikki; children, Strat Chrisanthon (Sara) and Nicholas Chrisanthon (Monica); grandchildren Nicholas Chrisanthon, Jr. (Jenna), Christine Viscariello (Anthony), Strat Chrisanthon (Anya), Kara Gehman (Michael), Jason Chrisanthon (Cheyenne), Kasey Chrisanthon and Karli Dougherty; nine great-grandchildren; and her adopted daughter Barbara Rigby (Nelson). The family requested private services. In lieu of flowers, donations can be made in Nick’s honor at the Holy Trinity Greek Orthodox Church (Holytrinityeggharbor.com) or to the Greater New Jersey section of the Alzheimer’s Association (alz.org/nj). Full obituary and condolences: jnelsonrigbyfh.com

Rates drop for most loans