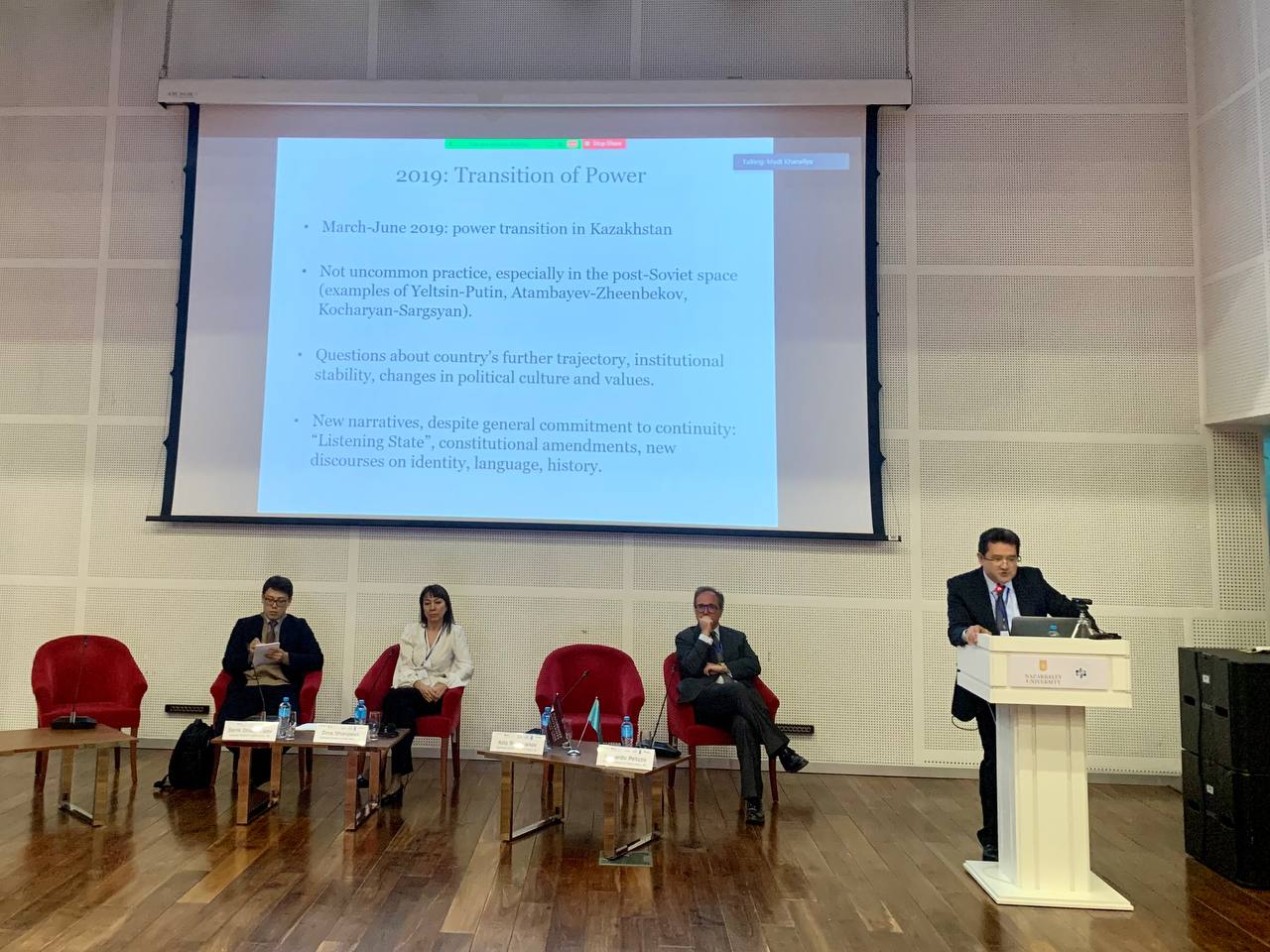 NUR-SULTAN – The Nazarbayev University Graduate School of Public Policy (NU GSPP) hosted a panel discussion on political instability in Central Asia on June 7, unpacking how society and government discourse have changed in the context of the January events and exploring the policy implications of these changes are.

Aziz Burkhanov, Associate Professor of NU GSPP, opened the discussion on the topic of identity and how the identity narrative has changed in terms of priorities and focus, particularly with respect to different ethnic groups and the story.

To deliver his message, Burkhanov focused on the famine of the 1920s and 1930s in the territory of Kazakhstan, the result of poor governance by the Soviet Union, and how its history was discussed between society and the Kazakh government.

“What we are seeing now is that there is more societal demand for this question to be explored. We have seen that several documentaries have been made about the famine. This, in general, shows that the societal narrative has The narrative seeks to take a closer look and investigate asharshylyk (famine),” Burkhanov said.

Changes in national narratives about identity and history are a sign of broader shifts not just in government but also in society, Burkhanov said. “Society wants more answers about historical events that have not been discussed properly. This coincides with opening up the system to broader societal discussions,” he concluded.

Dina Sharipova, assistant professor at NU GSPP, joined the panel on the topic of President Kassym-Jomart Tokayev’s rhetoric during his speeches from early January until his address to the nation on March 16.

Its aim was to examine the relationship between presidential rhetoric and people’s opinions.

For example, Sharipova said that “in her address to the nation, the inclusive pronoun ‘we’ was mentioned 54 times, while the exclusive pronoun ‘I’ was used 24 times, or half as many”, which was done to demonstrate the unity of the people with the government.

She also highlighted the strategic use of proverbs to show that people have a common history.

Serik Orazgaliyev, Assistant Professor at NU GSPP, presented his paper on the effect of social media on the fragmentation of society. Orazgaliyev challenged the assumption that the media facilitates freedom of expression in countries where the government controls the media.

According to him, there is a side to media that people ignore, namely that digital media can have a polarizing effect on society, creating social fragmentation and increasing the risk of conflict.

“The nature of polarization has to do with people’s tendency to move into like-minded groups and digital media allows us to do that,” he added.

He also drew attention to the challenges created by fake news and how it can be used for dangerous propaganda and cyberattacks.

“The policy challenge is to regulate digital media without undermining freedom of expression and to respect diversity by mitigating extreme polarization that can lead to violence and radicalization,” Orazgaliyev concluded.

Bishop of Sinaia: The Church is the one that keeps the memory of all the heroes