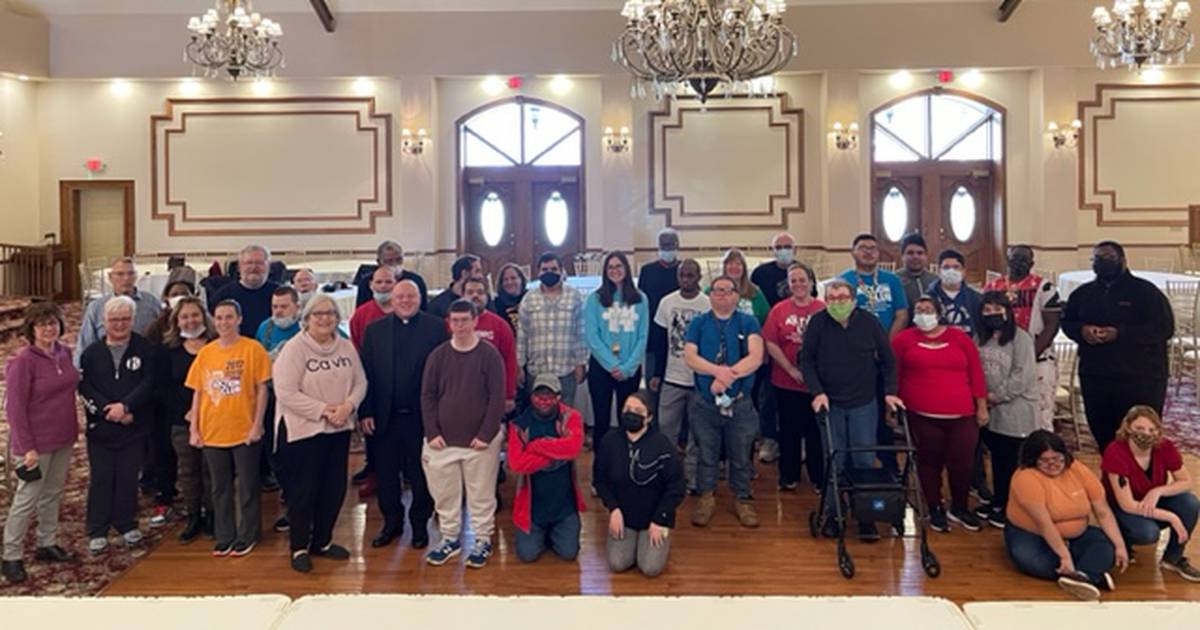 When the Russian-Ukrainian war broke out, Maria Macris did not immediately think of “sending hygiene kits”.

Macris, like other community members, said he just wanted to help the refugees. But her desire led her to solicit donations and volunteers.

Here’s how it happened.

Greek Orthodox Church of All Saints

Macris said his church, All Saints Greek Orthodox Church in Joliet, has previously assembled hygiene kits for International Orthodox Christian charities, who then distribute these kits wherever they need them.

Hygiene kits are also an accessible way for people to help.

“You can donate money to a cause,” Macris said. “But it has more impact when you physically do something. The beauty of these hygiene kits is that you are physically doing something and you know someone is going to make an impact when they receive them.

So Macris contacted the IOCC. Hygiene kits were absolutely necessary for the Ukrainian refugees. But the IOCC has specific instructions for making such kits, Macris said.

“Everything fits in gallon-sized Ziploc bags,” Macris said. “Basically it’s a hand towel, a washcloth, a nail clipper, a bar of soap, a toothbrush, and 10 band aids. So everything can be bought at a dollar store, Target, or Walmart. .

Members of the All Saints Greek Orthodox Church have assembled 100 hygiene kits. But Macris wanted to send more because the need was great.

“With the scale of this war – how could we try to maximize it?” Macris said.

So Macris said she emailed the Kiwanis Club of Joliet, which donated $1,000 to buy enough hygiene items to make 300 kits, she said. Club president Mike Kelly said Kiwanis is focused on community service and helping children. Moreover, some members also had friends in Ukraine.

“With the Kiwanis, it hit pretty hard and we wanted to help out,” Kelly said.

Macris said she then contacted Kiwanis’ Aktion Club advisor Terry Kunze to see if members would like to assemble the kits.

Kunze said about 20 Aktion Club members and 20 Aktion Angels members participated. Aktion Club is an extension of the Kiwanis Club and is for adults over the age of 18 with disabilities. The Aktion Angels is intended for 18 to 22 year olds. Cindy Jorgensen is the advisor for that group, Kunze said.

Club members organize their own meetings and choose their own projects. They were excited to assemble the hygiene bags “knowing they were helping someone in need right now,” Kunze said. A dozen items were laid out on tables at the Jacob Henry Mansion in Joliet and members were quickly prepared, she said.

“The funny thing is that at the previous Aktion Club meeting, the members were talking about the projects they wanted to do. And someone mentioned that he wanted to do something for Ukraine,” Kunze said. “So I said to one of my Kiwanis members, ‘I have to find a way to help the Ukrainians…but then I got a letter from Maria and it suited our group perfectly because they do hands-on projects.

Sue Pritz-Bornhofen, spokeswoman for the family-owned Jacob Henry Mansion Estate, said she was happy her family could provide the space.

“It was just a wonderful day of giving back and moving forward,” Pritz-Bornhofen said, later adding, “We’ve all been through so much in the past two years. If more people opened their doors and their hearts, I think we would all be better off. We all need to work together.

Macris then reached out to Katy Leclair, president and CEO of the Greater Joliet Area YMCA. Leclair said the Y held a month-long fundraising campaign among its members at all three branches: Galowich Family YMCA in Joliet, CW Avery Family YMCA in Plainfield, and Morris Community YMCA.

Then, youth from after-school programs at the three sites assembled 150 hygiene kits after staff prayed over the kits, Leclair said.

Leclair said the Y got involved because he saw an opportunity to help.

“The Joliet area is an incredibly generous community,” said Leclair. “Whenever there is a need locally or overseas, people are always ready to step in and help.”

Macris said the “idea and concept of philanthropy and volunteerism” started with her grandparents and was passed down from her parents to her. Macris said his father, Nicholas Macris, was “heavily involved in the community”.

“It’s just in my DNA,” said Maria Macris. “When something happens and you have the right nerve, you do everything you can in any way possible.”