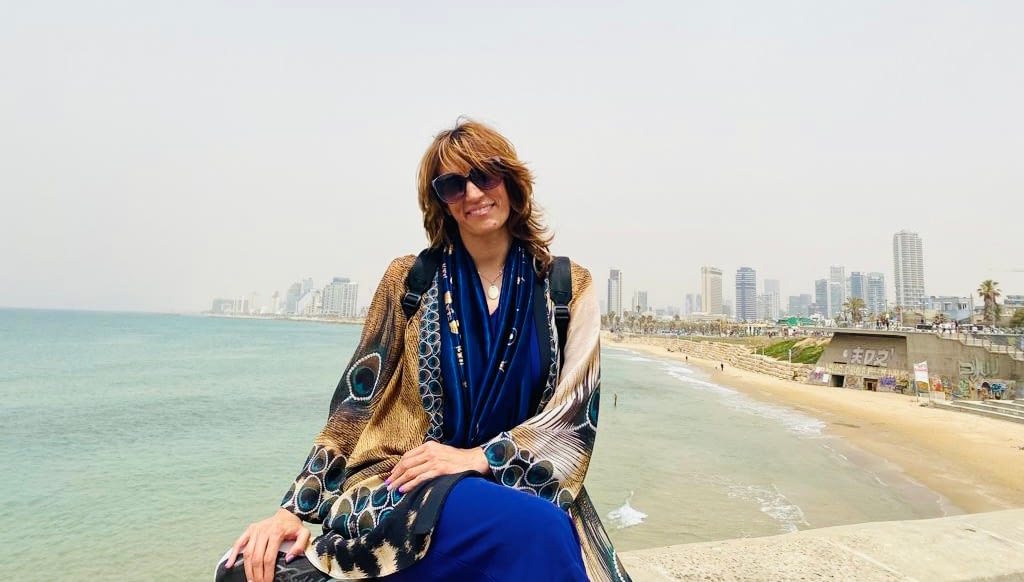 The heart of Christianity and Orthodoxy beats in Jerusalem every Easter!

We have been blessed to witness in the troubled and holy land of the Middle East, where our Messiah was martyred, crucified, buried, raised from the dead and ascended into heaven.

The biblical locations of Jericho, Bethlehem and Jerusalem, where Christians, Jews and Muslims constantly compete to claim the Holy Land as their own, are brought to light as the great acts of our Lord are re-enacted for Easter.

On Holy Saturday in the Church of the Holy Sepulchre, as the acts unfolded, the silent pain that resides within the sacred pages of Holy Scripture could be heard… transforming the dark background of the Crucifixion into a spirit of enthusiasm and devotion – and the glory of the resurrection.

Greek Orthodox Christians believe that the candle by which the Holy Light is transmitted to the faithful every year just before the celebration of the Resurrection is miraculously lit in the Holy Sepulcher and that the miracle only occurs in the presence of the Greek Orthodox Patriarch of Jerusalem.

The Patriarchate of Jerusalem describes it on its website as a “miracle, which cannot be doubted”, and it is reported that the place is monitored by non-Orthodox jurisdictions “to certify that there is no no lighted candles or other sources of ignition”. .”

However, today several people, including hierarchs whom we had the chance to meet and who figure prominently in the ceremony, maintain that the annual appearance of the Holy Light in Jerusalem does not take place by lighting candles held by the Patriarch in a miraculous way, but that the believed miracle lies in the sanctification of the natural flames on the chandelier which is inside the Holy Sepulchre.

There are different versions among the Orthodox on how the miracle happened, but this in no way negates the sanctity of the place. It’s something to see, feel and experience!

For nine full hours, and despite the measures taken due to the pandemic, from 6 a.m. to 2:30 p.m., thousands of pilgrims, including us, in the presence of many soldiers present to prevent any incident, waited for their feet to enter the Church of the Holy Sepulchre, the former Church of the Resurrection, where the liturgy of the Resurrection was to take place.

The unveiling ceremony, which is the sole privilege of the Greek Orthodox Patriarch of Jerusalem, takes place at noon on Holy Saturday during the Liturgy of the Resurrection at the Holy Sepulcher of Christ and consists of three stages: the procession, the entrance of the Patriarch in the Holy Sepulchre, and The Litanies for the Exit of the Holy Light.

On Holy Saturday morning, before the unveiling, the Holy Sepulcher is thoroughly inspected and immediately sealed with beeswax.

The inspection is done to confirm that there is nothing in the Holy Sepulcher that could produce a flame. Once in place, the authorities place their seals on the wax.

Other denominations, which have acquired rights to the Holy Sepulchre, are also very interested in the inspection. This interest is not accidental, because if it happens that one year the Orthodox Patriarch cannot bring out the Holy Light, then others will take the lead in the ceremony of the Holy Light.

This particular inspection begins at 10 a.m. on Holy Saturday morning and ends at 11 a.m., during which time Arab Orthodox youths demonstrate inside the church in support of the rights of Orthodox Christians.

The inspection of the Holy Sepulcher is attended by representatives of other faiths, such as the Armenian Church.

According to tradition, at noon on Holy Saturday, the Orthodox Patriarch, together with his entourage (bishops, priests and deacons), and the Armenian Patriarch enter the Church of the Holy Sepulchre, while the bells ring sadly.

After the litanies, the Holy Sepulcher is unsealed and the patriarch takes off his priestly robes and remains only in his white “sticharion”.

The Patriarch of Jerusalem then receives the extinguished candles and enters the Holy Sepulcher to pray, accompanied by the Dragoman of the Armenians. All the candles are extinguished and supposedly nothing is lit in the Holy Church.

It should be noted that there is no electricity or electric lighting in the Church of the Holy Sepulchre.

Thousands of eyes are turned towards the Holy Sepulchre. The sound of the drums evokes a strong sense of anticipation. Countless voices cry out impatiently. The hands are raised vertically towards God…

The Patriarch of Jerusalem Theophilus III comes out of the Holy Sepulcher holding in each hand 33 lighted candles (as many as the years of the life of our Christ), distributing the Holy Light to the pilgrims who approach for the invocation “Come and receive the Light ,” as well as the message of the Resurrection for mankind.

Suddenly, everything becomes a party!

Screams, the sound of musical instruments, candles multiplying the Holy Light with the speed of the wind, one hand next to the other – one cannot perceive individuals but only masses of people! Groups of people united in the Light! People becoming one to welcome the Resurrection of the Man-God!

Christians of all denominations and even non-believers are amazed by this invisible yet powerful source of energy. The space is filled with horizontal blue-white streaks of lightning-like light, rotating reflections of color and moving flames – no one knows where they came from – captivating all of us who are there!

Witnesses report that the candles and lamps of many worshipers ignite spontaneously, while the flame does not burn them for the first few minutes. Among these testimonies is our own program, since during the filming we captured on video a monk who passed the Holy Light continuously on him – but it does not burn…

Following the unveiling, Patriarch Theophilus III will hand over the ever-burning Light to the representative of the Greek State, Deputy Foreign Minister Andreas Katsaniotis, in a ceremony to be held at the Greek Orthodox Patriarchate of Jerusalem, in front of the Exarch of the Holy Sepulcher carries him to Athens in a special lantern.

The plane that will carry the Holy Light should arrive at Athens Eleftherios Venizelos Airport at 6:00 p.m. and then the distribution of the Holy Light throughout Greece will begin.

The transport of the Holy Light from Israel is carried out by a special flight of a Greek airline at no cost to the Greek state.

And just like that…within 24 hours…between sunrise and sunset on Holy Saturday…the Holy Light is everywhere.

The most powerful moment of Orthodoxy, the omnipresent Resurrection of the Man-God, becomes each year the occasion of the passage from the cave of our corruption to the gardens of Eden of our eternity!

Easter Sunday was celebrated by the New York team of the National Herald with a beautiful excursion to the “Miami of the Mediterranean”… ​​Tel Aviv! It is Israel’s most modern and liberal metropolis, the so-called White City in recognition of its popular Bauhaus architecture as well as its vast coastline of golden Mediterranean beaches, palm trees and skyscrapers. The southern and oldest part of the city, Jaffa – with its countless art galleries – ranks Tel Aviv as one of the most cosmopolitan places in the Eastern Mediterranean, combining the most modern with the oldest and most traditional in a unique harmony!

And of course… there is a Greek element… the Greek taverna on the golden sands of Tel Aviv beach dominates the Israeli trails with a crown of tastes, sounds and… traditional blue and white colors!