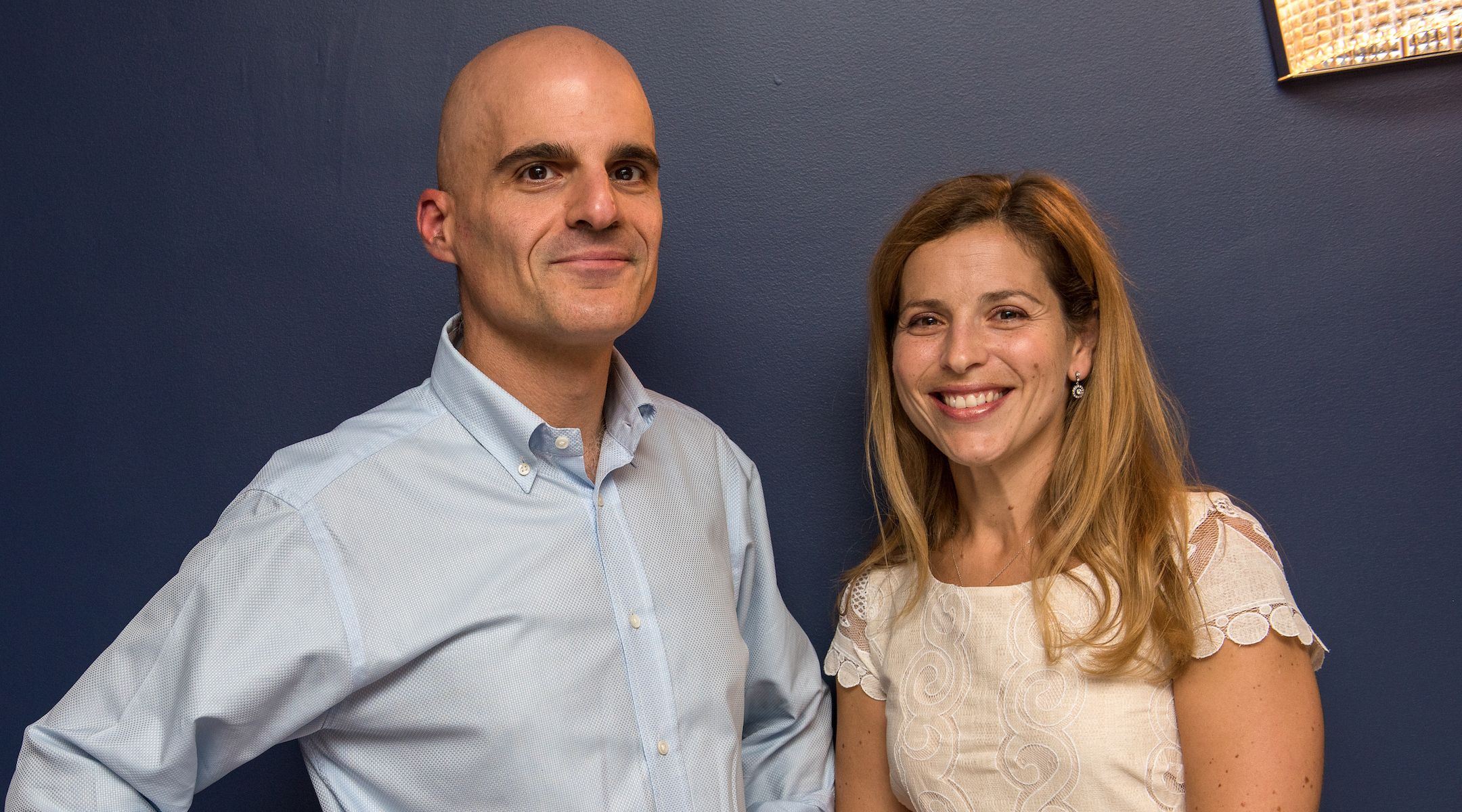 (JTA) – A nonprofit supporting Christian mission hospitals in Africa announced that it received an $ 18 million donation last month, its biggest gift yet – and that the money came from a practicing Jewish couple.

Rabbi Erica Gerson and her husband, Mark, a businessman, who helped found the African Mission Healthcare Foundation in 2010 and serve on its board of trustees, have now probably become the largest private funders in the world. medical care provided by Christians on the continent.

They say they feel no contradiction or discomfort about donating to missionary institutions because hospitals provide what is often the best if not the only medical care available in parts of Africa. Up to 50% of healthcare providers on the continent are ‘faith-based’ according to estimates.

â€œWe feel energized by the Talmudic teaching that saving a single life is saving a world,â€ said Erica, who has been ordained rabbi at the Hebrew Union College-Jewish Institute of Religion and is a trustee of Rodeph Sholom School, a Jewish day school. At New York.

Mark added, â€œMy wife is a rabbi and I am the rabbi’s husband. And so we study Torah and do what we can to live by Torah, which more than anything else tells us to love the stranger.

The Gersons also send a lot of money to Israel, in particular to support United Hatzalah, a network of 6,000 volunteer medics who crisscross traffic on motorcycles to respond to emergencies before an ambulance can arrive.

The effectiveness of Christian hospitals is directly linked to their missionary identity: â€œIt has a lot to do with employee morale, the way employees are treated and the sense of mission that the hospital has as a Christian institution. serving the community, â€Toole said. â€œThey don’t openly proselytize. But they try to live by example what it means to be a Christian. And the community is sort of reacting to that.

Support for Christian hospitals in Africa has declined in recent decades, as the major US and European denominations that traditionally sponsored hospitals have declined in number and influence.

Mark was first inspired to help make up the difference by his college friend Dr Jon Fielder, who worked at a mission hospital in Kenya in 2002 and described the life-saving work done by doctors with very few resources. .

Eventually, Mark made enough money from his company, the Gerson Lehrman Group, which offers expert advice to investors, to become a major benefactor of Fielder’s work.

Together they created African Mission Healthcare and launched the $ 500,000 L’Chaim Award for Medical Missionaries. (It took a while, but Mark’s Christian friends have now learned that the prize’s name is not pronounced “El Chime.”)

The Gersons’ latest giveaway is not only an increase in scale, it also represents a kind of step up to a higher league of philanthropy through the involvement of the United Bank of Switzerland, or UBS. The bank pledged $ 2 million, giving the foundation not only money, but a significant seal of approval.

These donations will be used to finance surgeries, infrastructure such as electricity and oxygen, advanced medical training for residents and a maternal health support network in 15 hospitals.

In the short intervals between the recent holiday season, the Jewish Telegraph Agency met with the Gersons in separate talks about the expected impact of their donations, their decision as Jews to fund medical missionary work, their love of evangelical Christians and the reaction of the couple. to those who assume they are Messianic Jews.

The following questions and answers combine the two interviews and have been edited for brevity and clarity.

JTA: There’s the official story of your long-standing friendship with Dr. Fielder, but can you tell us more about how a Jewish couple came to lead a foundation supporting medical missionaries in Africa?

Mark: The Torah tells us 36 times to love the stranger. So how can we best meet our responsibility to do so? When someone does the math and tries to assess the return on investment of philanthropic giving, one will be drawn to the work of Christian missionary doctors working in Africa.

Erica: It’s not that we wouldn’t fund Jewish missionaries, but there aren’t Jewish missionaries. It turns out that there is no network of Jewish hospitals to fund. We were looking to fund anyone who can save lives in the most effective way.

Maimonides teaches that the highest form of tzedakah is to help a person become self-reliant. By strengthening health systems in Africa and training local people to become skilled health professionals, we are helping communities move towards self-reliance in health care.

JTA: You don’t seem to be embarrassed to be part of a Christian missionary charity?

Marc: Not at all. We have been very close to the medical missionaries since our marriage 14 years ago. We always want to have them in our home so that our children see firsthand what a person who is truly committed to their faith can accomplish and on behalf of others. They taught us how to be better Jews.

JTA: Besides your closeness to the missionary doctors, you also often appear on the Christian Broadcast Network. Have you ever encountered Christian skepticism about your involvement?

Marc: Not at all. The opposite. There is currently a deep love between evangelical Christians and Jews. And so we are honored to be a part of this budding friendship. As Jews and Christians, we learn from each other and we admire each other, work together.

JTA: When it comes to these doctors and hospitals in Africa, what does â€œmissionaryâ€ mean?

Erica: For many Christians, that means living the way Jesus wanted them to live. They struggle to provide care with almost no resources knowing they are following in Jesus’ footsteps. And I understand why people can scratch their heads, but it’s a little less bizarre when you think of, say, Mount Sinai Hospital in New York City or other hospitals with religious ties. Believers have always felt compelled to heal people. It is not that surprising.

JTA: So say that I am sick and that I want to be treated. Should I listen to a lecture on Jesus or something like that?

Mark: No, great question. I was asking myself the question. I remember asking a few missionaries who were at dinner about it and they laughed. And then I went to Africa, I was talking to a church doctor, and I felt bad talking to him, because they literally have 10 hours of patients waiting to see him at one point. It is not practical to do anything else.

What happens, and not very often, if someone can say to doctors, â€œWhat inspires you to be here, you could be anywhere? This opens up a conversation. They would say this is what God and / or Jesus wants me to do.

Erica: They serve everyone. There are never any demands, tests or moments of proselytizing based on faith. But sometimes patients will find it strange that you do not pray with them. It is common for doctors to pray with patients. It is not a moment of evangelization.

JTA: Before speaking, I mentioned to my colleague that I was interviewing this couple who are Jewish and who fund Christian missionary doctors in Africa. The first thing my colleague said was â€œOh, are they Messianic? [meaning people who worship Jesus and identify as Jews]? “I will relay this question to you.

Mark: I’m so glad you asked. Absolutely not. This is what I always say: in the Bible there is the word â€œkadoshâ€ and it means both separate and holy. You should be great Christians. We should be as good as the Jews as we can be. We should be best friends, but we shouldn’t mix the two.

When I go to Christian TV, which I like to do as often as possible, they ask me about my religion and I always say, â€œI’m a traditional practicing Jew. Now the Orthodox Jews would look at me and say, â€œyeah, okayâ€.

JTA: Because you are Reform Jews?

Mark: I define myself as unfaithful. There is enough to separate us as Jews. The last thing we need is to say, â€œYou are reformist, you are orthodox, you are conservativeâ€. But yeah, my wife is a reform rabbi and our kids go to reform day school and stuff. But when I’m on Christian television, I’m an observer. Am i really I don’t know what that means. I study Torah every day. I make Shabbat dinner. Do i care there is an erouv in the street? No.