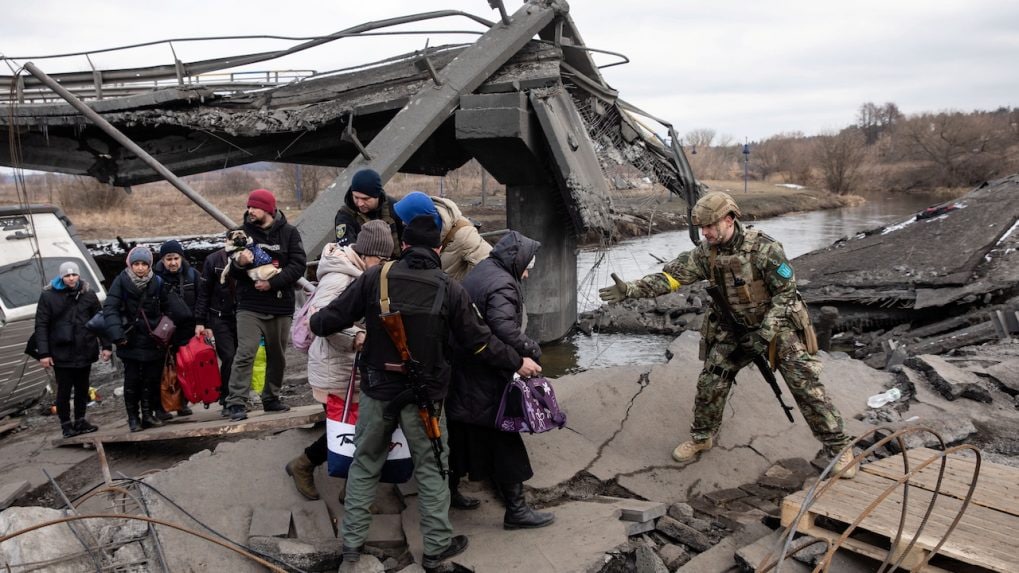 Across the border from war-torn Ukraine, tiny impoverished Moldova, a former Soviet republic now looking impatiently west, watched with concern as the Russian invasion unfolded. In Gagauzia, a small, self-governing part of the country that traditionally feels closer to the Kremlin than to the West, people would normally support Russia, which they never wanted to leave when Moldova gained independence. But this time around, most find it hard to identify with either side of the war. Anna Koejoglo says she is deeply conflicted. I have sisters (in Ukraine), I have nephews there, my own son is in Kiev, the 52-year-old said, quickly adding that her other, younger son is studying in Russia. My heart is (broken), my insides are burning, she told The Associated Press. Koejoglo is one of the 160,000 Gagauzes of Moldavia, an Orthodox Christian people of Turkish origin who were settled there by the Russian Empire in the 19th century. They represent more than 80% of the population of Gagauzia, but only 5% of the 2.6 million inhabitants of Moldova. In the early 1990s, when landlocked Moldova voted to leave the Soviet Union, its Gagauz and Russian minorities wanted to stay. But unlike the Russian-backed separatists in eastern Moldova who took up arms in 1992 to establish the unrecognized, separatist Trans-Dniester Zone that Russia essentially controls, maintaining some 1,500 troops there, the Gagauz of south have chosen to compromise. In 1994, they reached an agreement with the government of the capital of Moldova, Chisinau, being satisfied with a high degree of autonomy. Still, Gagauzia has maintained a strong relationship with Russia, where many Gagauz find opportunities for education and employment. Its population generally opposes the pro-Western turn adopted by ethnic Moldovans who make up 75% of the country’s population. For Peotr Sarangi, a 25-year-old Gagauz, old ties are still strong.