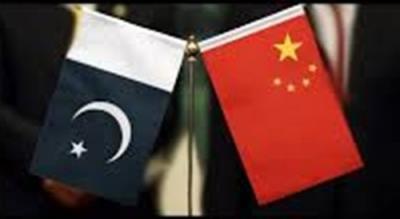 Loans from China to Pakistan at commercial rates, no subsidies

New Delhi, Sep 30 (IANS) A significant portion of China’s development finance under the China-Pakistan Economic Corridor (CPEC) consists of loans at or near commercial rates, as opposed to grants, according to AidData, an international organization based in the United States. development research lab, Dawn reported.

China committed $ 34.4 billion in development finance to Pakistan between 2000 and 2017. Islamabad is the seventh largest recipient of Chinese development finance abroad with 71 projects currently worth $ 27.3 billion. In progress. The interest rate is 3.76% for an average loan with a maturity of 13.2 years (when full repayment with interest is due) and a grace period of 4.3 years, has t -He specifies.

In addition, the report claims that Pakistan has received about half of all Chinese development finance in the form of “export buyer credit”, that is, money loaned by Chinese institutions in Pakistan to facilitate the purchase of equipment and goods to be purchased by Chinese implementing partners, the report says.

Up to 40 percent of China’s loans to Pakistan are now directed to state-owned companies, state-owned banks, reception facilities, joint ventures and private sector institutions. These Chinese loans do not appear on the government’s books “for the most part,” according to the report.

“However, they often benefit from an explicit or implicit form of government liability protection, which blurs the line between private and public debt,” he said, noting that the government has issued sovereign guarantees in certain cases. This means that the public treasury will repay the loans if the non-government borrowers fail to generate sufficient income to meet their financial obligations.

“In other cases … the government has provided a so-called guaranteed return on equity to borrowers. This type of collateral is in fact a form of hidden debt to China … These financial arrangements are attractive to the government because they don’t need to be disclosed as public debt, ”the report said, adding that the economy is already in the“ danger zone ”based on the public debt-to-GDP ratio of 92.8% .

Legal warning: MENAFN provides the information “as is” without warranty of any kind. We do not accept any responsibility for the accuracy, content, images, videos, licenses, completeness, legality or reliability of the information contained in this article. If you have any complaints or copyright issues related to this item, please contact the supplier above.