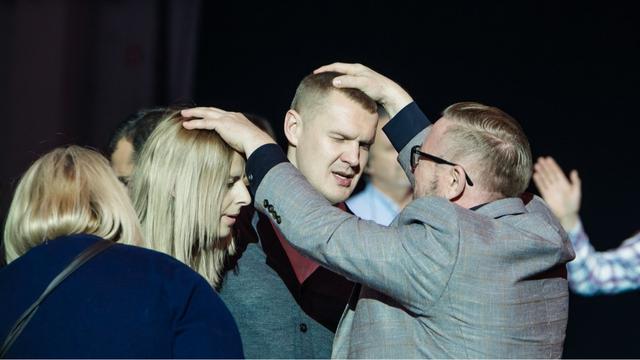 Members of the Riga-based Word of Faith Church, which once praised Putin’s anti-LGBT agenda, have been arrested as “agents of the Ukrainian Armed Forces”.

Mysterious explosions and sabotage in Russian-occupied Crimea and inside Russian territory become commonplace as the Ukrainian war continues. Russian propaganda did not know whether to call these mere “accidents” or blame Ukrainian saboteurs, admitting that they were able to strike in Russia.

Russian “cult hunters” affiliated with the controversial European anti-cult federation FECRIS have now found a third solution, enthusiastically embraced by Russian propaganda. FECRIS board member and prominent Russian anti-cultist Alexander Dvorkin has accused a Latvian ‘sect’ of operating in Russia through ‘sleeping cells’ now activated by the ‘Ukrainian Armed Forces’ , and to carry out anti-Russian tasks entrusted to him by Ukrainians. intelligence.

The group is the New Generation Church based in Riga, Latvia, where it was founded by Aleksey Ledyaev. He was born in 1956 in Soviet Kazakhstan and grew up as a Baptist. In the 1980s he moved to Riga, where he joined the Evangelical Baptist Christian Church and became a pastor. In Riga, however, he fell under the influence of the Swedish Word of Faith pastor Ulf Ekman, the founder of the Uppsala mega-church Livets Ord (Word of Life), who later converted to Roman Catholicism. .

Under Ekman’s influence, Ledyaev switched from Baptists to Pentecostals, then broke with other Latvian Pentecostals over his insistence on Word of Faith doctrines, which teach that believers can claim healing and prosperity through the power of faithful affirmations (“name it. and claim it”). In 1989, he founded his independent church New Generation. Eventually, despite being criticized by Ekman as too radical, New Generation became one of the most successful Word of Faith churches in Europe, with communities in fifteen European nations and the United States.

Ledyaev became controversial not only for his radical teachings on the world of faith, but also for his extreme views on homosexuality. He taught that Western countries are engaged in a conspiracy to promote homosexuality around the world and called for laws criminalizing homosexuality completely. Ledyaev also praised the anti-gay attitudes and statements of Vladimir Putin and Patriarch Kyrill of the Russian Orthodox Church. New Generation Church delegations attended international pro-family events sponsored by Russian pro-government organizations.

Despite common opposition to LGBT rights, the Russian Orthodox Church considered that as it expanded into Russia, the New Generation had committed the unpardonable sin of converting Orthodox believers to its church. It thus mobilized its anti-cult agents and, since at least 2005, Alexander Dvorkin, his deputy Alexander Novopashin and the Russian branch of FECRIS have accused New Generation of being a “destructive cult”.

In 2021, New Generation was declared “undesirable” in Russia. In reaction, Ledyaev drastically changed his attitude towards Putin and the Russian Orthodox Church and compared the Russian president to Emperor Nero of Rome, the great persecutor of early Christians. This was again paradoxical, given that at the same time, New Generation and Ledyaev were in trouble with the Latvian authorities for their refusal to comply with health regulations on COVID-19 and campaigns against vaccines – in which they were on the same side of several pro-Russian organizations.

Unlike the latter, New Generation resolutely condemned the Russian invasion of Ukraine, and collected humanitarian aid. Dvorkin and Novopashin claim that in fact what New Generation is collecting is “money for the Nazi Azov Battalion”. Officers from the Russian Interior Ministry accused the New Generation of demanding from their Russian supporters “unconditional obedience and execution of various orders and tasks for the benefit of the Armed Forces of Ukraine, for the benefit of the Azov battalion”.

The New Generation having several churches in Ukraine, Novopashin accuses it of having participated in the Orange Revolution of 2004 and the Euromaidan of 2014, along with other Pentecostal churches, and of being part of an American conspiracy. On August 16, Novopashin said in an interview with New Generation that “conferences of the leaders of this movement are constantly held on the territory of Ukraine. Politicians and political technologists from the United States came there, such appeals were made: “We must send as many missionaries to Russia as possible to reformat the consciousness of Russians under Euromaidan values ​​and promote theology of Maidan.” What kind of “Maidan theology” is that, we see now in Ukraine. »

Novopashin also added that the New Generation and other “Ukrainian” Pentecostal groups came to Russia to “raise money for terrorist operations in Ukraine and to recruit new mercenaries for the criminal nationalist battalions, which destroyed the population Civilian Donbass”.

On August 15, New Generation churches and private homes of members were attacked by special forces in Chelyabinsk, Moscow, Kemerovo, Novosibirsk, Krasnodar and Sochi. Dvorkin and Novopashin appeared on several television programs to explain to the population that the “sect” was leading pro-Ukrainian “cells” planning anti-Russian crimes. Several members were arrested.

New Generation is a controversial organization, primarily due to the LGBT rights and COVID-19 theories it shares with groups that actively support Russia in various countries. It is surely true that he actively seeks to convert Russian Orthodox believers (a crime in Russia). That it organizes sabotage activities in Russia on behalf of Ukraine and the Azov battalion is, on the other hand, highly unlikely. Not without humor, Ledyaev responded to the raids in Russia by playing in Riga the old Beatles song, “Back in the USSR”