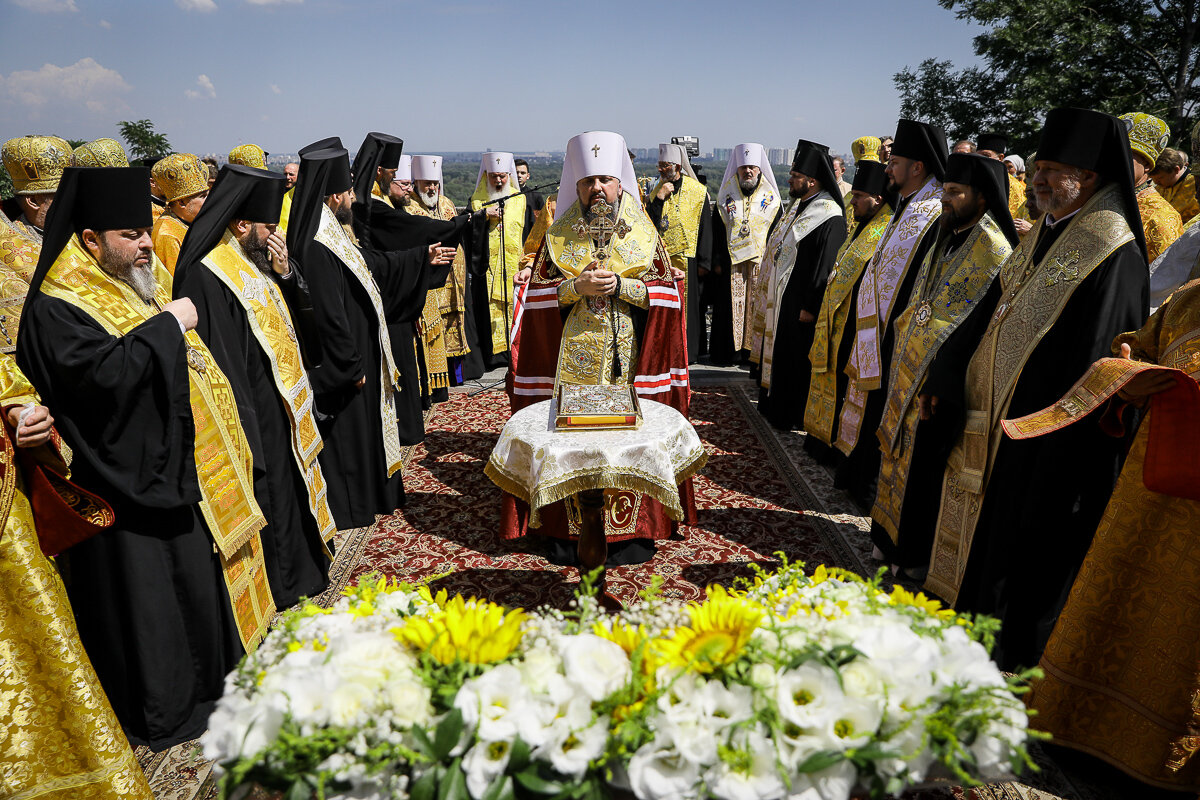 Ukrainian Orthodox parishioners celebrated the 1,032nd anniversary of the baptism of the Kievan Rus’ on July 28 at the St. Michael’s Monastery in central kyiv, as well as next to the St. Volodymyr monument.

The celebration began July 27 at 4 p.m. when parishioners and representatives of the Ukrainian Orthodox Church began to gather for the night vigil in St. Michael’s Cathedral.

At the entrance, people were given medical masks to prevent the spread of COVID-19.

Due to the COVID-19 pandemic, however, the religious holiday was not as eventful as usual: the church did not perform some of the traditional sacred processions and there were only 200 participants against 5,000 in 2019.

Metropolitan Epiphanius, head of the Orthodox Church of Ukraine, led the prayer services.

“The key to the success of our country is the unity of the Ukrainian people. Therefore, celebrating this great holiday, first of all I wish all Ukrainians to be united,” Epiphane said in a video. address on Facebook. “I wish that we remain united by the love of God and neighbour, of his own Church and of all the Ukrainian people.

Before Russia started its war in eastern Ukraine and occupied the Crimean peninsula in 2014, this holiday was organized in Ukraine by the Ukrainian Orthodox Church of the Moscow Patriarchate. In 2013, Russian President Vladimir Putin even visited Kyiv to mark the 1,025th anniversary.

But after the highest body of Eastern Orthodoxy, the Ecumenical Church of Istanbul, recognized the Orthodox Church of Ukraine in December 2018, granting it independence from Russia, the baptism of the Kyivan Rus holiday is organized only by the Ukrainian Orthodox Church.

In 2008, former President Viktor Yushchenko officially started the tradition of publicly celebrating the anniversary of the baptism of Kyivan Rus, initiated by Saint Volodymyr, then Prince of kyiv, on July 28, 988.

Found a spelling mistake? Let us know – highlight it and press Ctrl+Enter.