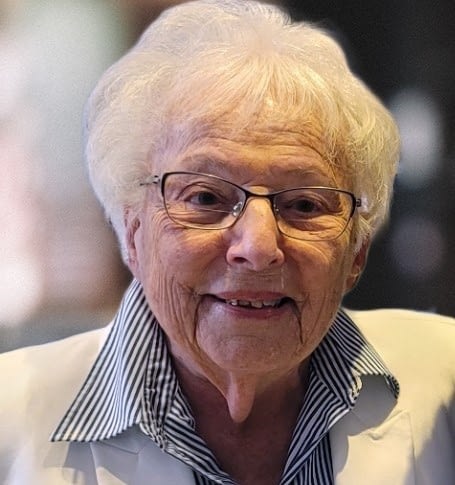 FORT LAUDERDALE, FL – Elizabeth (Betty) Athanasakos, a pioneer in the Broward County legal community, died at her Fort Lauderdale home on August 2, just days shy of her 95th birthday. She was surrounded by family and friends, who watched her go through a brief recent illness.

Athanasakos moved from New York to Broward County in 1957, the year she was called to the Florida bar. She continued to practice law in Broward County until her death. In addition to the daily practice of law, Athanasakos has held numerous local, state, national and international leadership positions associated with women’s rights and human rights. In 1976, President Gerald Ford appointed her Chair of the International Women’s Year Commission after her previous service with President Richard Nixon’s Task Force on Women’s Rights and Responsibilities, and as Chair of the Advisory Commission on the Rights and Responsibilities of Women at the Ministry of Health. , Education and Welfare. During her tenure, “A Matter of Simple Justice” and “To Form a More Perfect Union: Justice for American Women” were published, outlining recommendations to improve the status of women and urging Congress to pass the amendment on equal rights. In 1977, President Jimmy Carter reappointed Athanasakos to the International Commission of Women.

“The goal is to come up with strong, workable solutions, raise awareness, and strengthen the role of women,” Athanasakos said in the Miami Herald on July 18, 1976.

Born in Sheepshead Bay in Brooklyn, NY, his parents Clement and Irene (Vrettakos) were immigrants from Greece who owned the historic ice cream parlor Clement’s Confectionary and Tea Room. In 1953, she became president of the Group of Matrons of the Order of the Eastern Star, a fraternal group of women and men whose mission is to give their time to projects that benefit their community. Athanasakos then attended St. John’s Law School in New York, where she graduated with another woman and 150 men.

She moved to Fort Lauderdale in 1957 and took a job with an insurance company until she partnered with another attorney and opened a private civil law practice in 1958. Athanasakos became a practicing attorney alone in 1961. At that time in Broward County, she was the sixth woman to practice law and the first to serve as a judge; she served as a municipal judge in the towns of Wilton Manors 1964-1972 and Oakland Park 1968-1972. She also served as the Broward County Supervisor of Elections attorney and Port Everglades assistant attorney.

In 1976, Athanasakos was part of the delegation to the United Nations meeting on women in Geneva, Switzerland, and worked on a project for the elimination of discrimination against women. She was president of the Broward Women’s Breakfast Club (1964); Florida Association for Women Lawyers (1976-78); Grand President (International) of the Daughters of Penelope (1965-66); United Way of Broward County Board Member; parish council president of St. Demetrios Greek Orthodox Church of Fort Lauderdale (1980-1983); National President of Business and Professional Women, USA (1990-91); President of the Zonta Club of Fort Lauderdale (1992), and most recently served as Director of the Zonta Club of Greater Deerfield Beach (2017-2019). For over 30 years, Athanasakos has supported and helped organize the Fort Lauderdale Easter Sunrise Service, held on Fort Lauderdale Beach.

In addition to her business, professional, and civic service, she has been active in the local and national Republican Party, having served as precinct captain and member of the Broward County Republican Executive Committee and the National Federation of Republican Women. She ran for the Florida State Senate in 1974 as a Republican candidate and was narrowly defeated in a runoff. During the campaign, Athanasakos was attacked as a liberal for her “pro-ERA” stance. After this campaign experience, she began to actively recruit and train other women to run for office and supported their campaigns. She was one of the founding members of the Gwen Cherry Political Caucus in Broward County.

In recognition of his dedicated service, Athanasakos has received numerous honors and awards. She was inducted into the Broward County Women’s Hall of Fame (1992); listed as Honored Professional in Who’s Who in Executives and Businesses (2001); and most recently recognized by the Broward County Bar Association as a Women Pioneer in the Legal Community (2019), among many other accolades.

In response to a question posed by a reporter, Athanasakos described her main strengths as “a sense of humor, objectivity and decisiveness”, although she conceded, “I get dogmatic on matters of time in time,” the Fort Lauderdale News and Sun Sentinel reported on August 1, 1976.

More recently, during an interview for a BPW magazine article on February 22, 2022, Athanasakos said, “Past achievements are being snuffed out and women are losing the protection and support they worked so hard for… We are stepping back. I think we’re in a time where if women don’t speak up, we’re going to lose a lot more.

“When it comes to justice and equality for women, Betty was unwavering in her vision and commitment. She has served as a mentor to countless women, always encouraging them to ‘lead’, ‘speak out’ and push beyond their often perceived limitations. Through service, we laughed and worked hard together to bring about social change and improve our communities. To call Betty a mentor and friend is an honor,” said Marilyn Bonilla Krantz, Esq.

Athanasakos is survived by his sister Antonia Hyland of Deerfield Beach; brother Evangelos (Carol) Athanasakos of San Rafael, California; nieces Elizabeth (Barbara) Hyland of Wilton Manors; Rena (Patrick) Shahan of Monument, Colorado; Lesa (James) Ramage of Reno, Nevada; nephew Nicholas (Jane) Athanasakos of Arroyo Grande, California; 10 great-nieces and nephews and one great-grandniece, Blair Shahan of Lincoln, Nebraska; several relatives in Greece; many longtime friends and colleagues, as well as his beloved cats Theo, Aggie and Luey. In lieu of flowers, the family graciously suggests that donations be made in Betty’s honor to Penelope’s daughters and/or the Pace Center for Girls of Broward County.

The funeral service will begin Monday, August 8 at 10:30 a.m. at St. Demetrios Greek Orthodox Church, 81 NE 15th Avenue in Fort Lauderdale, and will be streamed live at https://bit.ly/3bITyMC.

The March 26, 2021 AHEPA Talk, titled “A Conversation with Elizabeth Athanasakos” is available for viewing on YouTube: https://bit.ly/3bC9U9X.