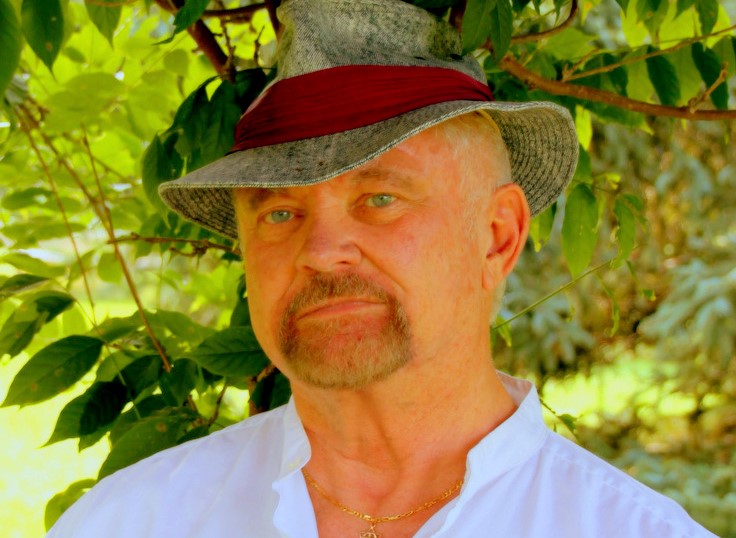 JIM COLBURN: Why Our Insecurity Matters

EDITOR’S NOTE: This is the first in a series of monthly columns entitled “Why Does It Matter?” The author believes that much of what concerns our community and the world has unspoken spiritual dimensions, consequences and opportunities. Each month, this column will tackle a hot topic that matters to most of us and examine these spiritual opportunities and consequences.

When 2022 arrived, I wish I had the power to ward it off. The pillars of life have taken a beating over the past half-decade. The outlook for the new year, after the anniversary of January 6, was not good.

Once upon a time, I could find in my little world, in my state, in my nation, the comfort of stability. But these spheres no longer hold my trust as they used to. The loving and good people who populate my world not only feel uneasy…more like beleaguered.

The absence of good will, the abandonment of truth, the poverty of compassion, all this is more than alarming. It is deadly and spiritually exhausting. So I ask myself, what should I make of the frightening insecurity I feel in such a radically changed world?

It seems that we live in a world of unprecedented misfortune. Despite new leadership, we have seen America begin 2022 relentlessly in voices extending the absurdity of stolen elections, fear of strangers, non-Christians, dark-skinned people, those special children who are programmed from the womb as one sex but whose bodies develop as another, hatred of minorities, racial superiority, politicized religion, repudiation of science and distrust of medical experts, denial of this pandemic catastrophe and rejection of vaccines saviors to put an end to it.

Some make enemies of the press or representatives of the other political party. We saw people draped in flags to overthrow our state government. We have seen violent militias storm the steps of our nation’s capital, causing bloodshed and death. Why have our leaders wasted precious years dismissing the truth of an impending global apocalypse due to climate change – despite both the consensus of science and the desire of the rest of the world to prevent it?

Who can deny that our national state of being has dark spiritual dimensions? That many leaders have lacked integrity? Years without a moral compass among politicians emboldened a malevolent despot into an unprovoked act of war. Over the past few years, leadership has slandered friends in our strategic alliances. Are we surprised that an egoist assumed that our government would waver on its promises to a Europe made disunited and less defensible by us?

Since the Second World War, there has not been as much suffering as there is today. Some may blame an almighty God for all this; some may forsake God because it is so.

But I offer you that from God’s perspective, the real paradoxical bottom line for us is: in all things give thanks. Not just because neither I nor anyone else can see the big picture, the divine purpose that is God’s perspective and will; but because of our national and personal sufferings we can be led to become aware of another, better way of living and acting. Is there any other way to change and improve the world than by starting to change and improve ourselves?

Franciscan P. Richard Rohr emphasizes that it is only from the experiences of great love and great suffering that we can come to a higher consciousness, a more insightful and transformational relationship with the world and with one another. with the others. Against the tragedy of this moment in history, our cry “My God, my God, why have you forsaken me? can be transformed, as Paul said to the Philippians, into a confident “I can do all things through Christ who strengthens me”.

How can this be? In the triumphant mystery that is the human spirit, greater faith can emerge from suffering to overcome suffering, to build trust where it did not exist.

When David learned to lean on God through suffering, he cried out, “The Lord is a fortress for the oppressed! refuge in difficult times.

To find meaning in suffering, can we let go of our useless rational heads to give us insight that they cannot? MJ Formica, in “Psychology Today”, wrote “As long as we maintain a rational perspective on our personal condition, we will remain stuck. In psychological jargon, this is called ‘isolating’. It means locking up an emotionally charged situation. and thinking rather than feeling it. So: No emotion, no investment — no investment, no movement. It’s really quite simple stuff.

The movement he describes is to travel that enormous distance from head to heart, to that one place where we can know – not just believe – that our highest good and our most complete life is the gift of God. for us and which we must possess.

Another remarked, “There is so much trouble in our heads, but our hearts will never lie or deceive us. Wisdom engages the life of the heart, giving strength to endure pain and face today’s challenges. A full life is the purpose of life; and we can possess it despite the limitations of the flesh or the brokenness of the world.

Although we “ordinary people” are small in the eyes of the mighty, God’s gifts of strength and confidence show us that our lives and efforts matter in the course of history. Dare we guess that their value is even greater than we imagine?

Prof. Jim Colburn is a retired priest of the Orthodox Church of Antioch, the Christian community described in Acts chapters 11-15 of the New Testament, whose members were the first to be called Christians. He leads retreats and is co-owner of the historic Dempsey Manor Inn & Victorian Museum. He can be reached at [email protected]