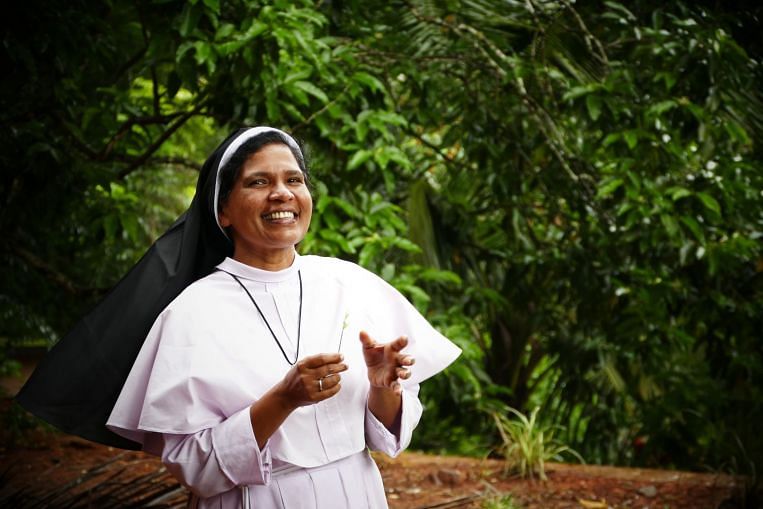 BANGALORE – Sister Lucy Kalapura from Wayanad District in the Indian state of Kerala is rarely nervous, but her pulse quickened last week as she prepared to make a statement in court.

“I am a nun who fights for justice. Please don’t throw me out on the streets,” she told the Kerala High Court last Wednesday (July 14), representing herself after several lawyers refused to take up his case.

She challenged her eviction from a convent and asked for police protection against alleged harassment by the congregation.

She belongs to the Franciscan Clarist Congregation (FCC), an order of the Roman Catholic Church, in the municipality of Mananthavady in Wayanad.

In 2019, she was fired for wrongdoing, including learning to drive and obtaining a driver’s license, writing a book of poems, giving television interviews and publishing articles in non-Christian dailies.

“If the reasons seem trivial, it’s because they are a smokescreen for the real reason the congregation is punishing me,” she told the Sunday Times.

In September 2018, she and a few other Kerala nuns staged a hunger strike to demand the arrest of Franco Mulakkal, a Catholic bishop accused of raping a nun 13 times between 2014 and 2016 at a convent in Kottayam district. in Kerala. The trial is ongoing.

Although the allegation caused massive upheaval in the country’s Roman Catholic community, the Indian Conference of Catholic Bishops has said nothing. But he sent transfer orders to four of the six religious witnesses in the case.

Sister Lucy first wrote a message on Facebook expressing her solidarity with the nuns, then joined the fifteen-day strike in the city of Kochi. There, she gave a speech and gave interviews to a few Malayalam news channels.

When she returned to her congregation in Wayanad, the FCC said nothing about the rape case, but warned her for wearing a kurta – a traditional Indian shirt – in public instead of the habit of his nun.

It also prevented her from giving Bible lessons at the convent school, but the inhabitants of the congregation fought for her to be reinstated.

His outspokenness comes at a price. In May 2019, she was expelled for violating her â€œvows of obedienceâ€. She appealed her dismissal internally, but in July the FCC said the Vatican had rejected her appeal. He ordered her to leave the convent immediately.

Sister Lucy’s battle against her â€œown home and familyâ€ sparked many conversations across India about patriarchy and gender bias in the Catholic Church.

The country’s Catholic institutions employ three times as many nuns as priests, and the former constitute the bulk of their workforce at the community level.

Ms Anita Cheria, director of the non-profit group OpenSpace that works to eliminate gender bias in religious spaces, said: â€œLike in a garment factory, nuns are the ground workers who initiate much of community work while the managers are mostly men. Nuns are exclusively supposed to clean, cook for priests and perform menial tasks, and many even accept it as part of their spiritual duties. “

â€œThe Indian Catholic Church somehow copes with corruption, sexual harassment, child abuse and unethical relationships, but disobedience – don’t listen to your superior – is not tolerated. Dissenters are stifled by their demotion or their delegitimization, “added Ms. Cheria.

According to Kochurani Abraham, a feminist theologian based in Kottayam, Indian patriarchal culture extends to the Catholic Church, especially in “highly clericalized” congregations.

â€œCongregations that have benevolent and gender-equitable leadership provide more opportunities for dialogue, where women can negotiate their space quietly. But highly clerical congregations have more control over women’s mobility, dress and freedoms, â€said Dr Abraham.

“Lucy is self-sufficient and an unfortunate misfit in a strict, Orthodox congregation, but the questions she raises throughout her life and against her dismissal challenge religious institutions to open up a little more,” he said. -she adds.

Today, Sister Lucia continues to live in her convent.

“I’m completely ostracized here. Nobody talks to me. I don’t get meals. The electricity and water supply are sometimes cut off. I can’t access the common rooms, the kitchen or even the bathroom. prayer, â€she said. .

But she refuses to move until the civil court rules on her legal appeal against the eviction. The clothes she wore for decades and her small bedroom have now become marks of defiance.

â€œMy boss called my 86-year-old mother last year, asking her to take me back. I left my parents’ house when I was 15 and since then I visit them twice a year for a meal. My whole life has been for my convent. This is my home, and I will not let them chase me away after 41 years of service, â€said Sister Lucy.

Russia is feeling the heat as it fights the Delta variant