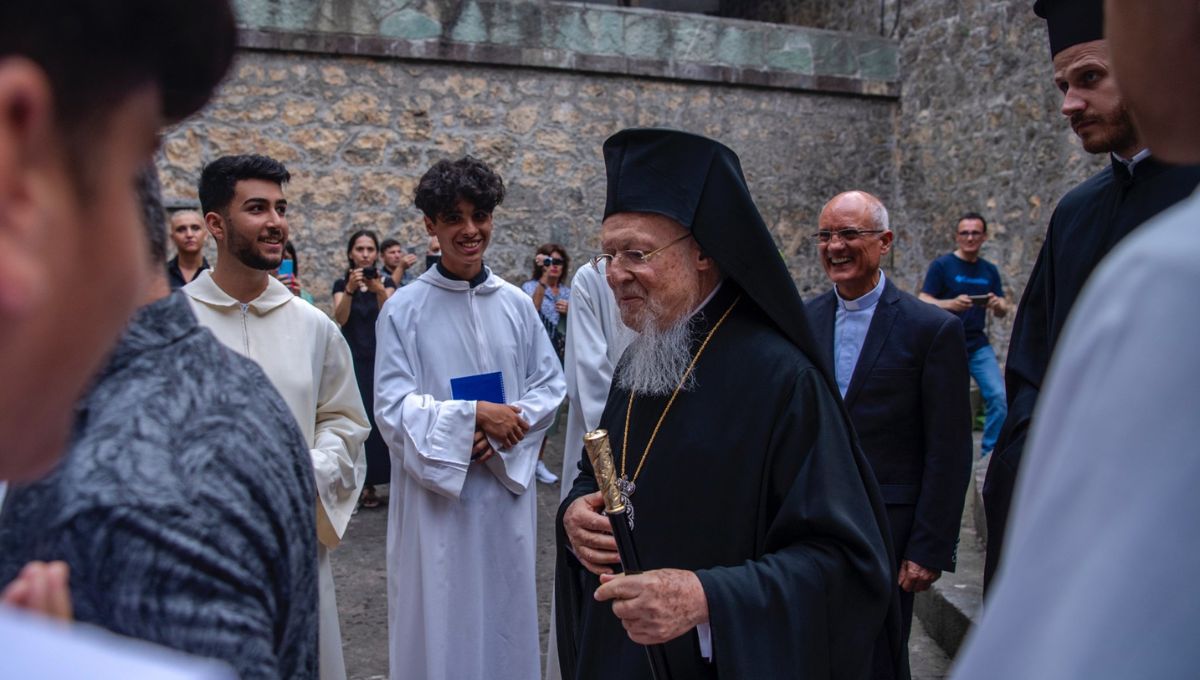 In Trabzon, the Ecumenical Patriarch Bartholomew presides over the Great Vespers of the Dormition of the Theotokos – Of the Archdiocese

His All Holiness Ecumenical Patriarch Bartholomew arrives at Santa Maria Church in Trabzon for Great Vespers.

In Trabzon, the Ecumenical Patriarch Bartholomew presides over the Great Vespers of the Dormition of the Theotokos

TRABZON, Turkey — Last night, His All Holiness Ecumenical Patriarch Bartholomew presided over Great Vespers for the Dormition of the Theotokos at the Catholic Church of Santa Maria in Trabzon.

In his homily, His All Holiness highlighted not only the significant meeting point of different cultures and religions in Trabzon, but also the unifying love of the Theotokos itself, drawing on Orthodox iconography and a legend going back in the 5th century.

“What characterizes the Virgin Mary in the iconography of our Church,” said His All Holiness, “is the royal robe she wears as celestial queen.” In one story, two noblemen from Constantinople returned from the Holy Mountain with just this robe, which was then placed in the Church of St. Mary of Vlaherna.

“It means that the Silk Road through Trabzon and the Red Robe of Theotokos are strangely interconnected in the history of Trabzon and in the home of Christians,” the Ecumenical Patriarch continued. “Just as our two sister churches – Roman Catholic and Orthodox – are inseparably linked by our devotion and reverence for the Theotokos….

“The Theotokos is not so much an exception of inhumanity as it is an example for humanity. And the dress is not so much a sign of authority as a symbol of humility. Her dress is a sweet consolation for our weaknesses and failures. It is soothing comfort for our conflicts and divisions, and it is healing protection for all who are still suffering and dying in Ukraine.

The Ecumenical Patriarch expressed his gratitude to the Apostolic Vicar of Istanbul, the Apostolic Bishop of Anatolia Paulo Bizzeti, who also gave a speech after the service, the parish priest and the Sisters of the Incarnate Word of Christ for their support and the organization of an event.

His Eminence Archbishop Elpidophoros of America, present at Vespers last night, will join the Ecumenical Patriarch at the sixteen-century-old Panagia Soumela Monasteries high in the Pontic Mountains to concelebrate a historic divine liturgy on the day of the feast of the Dormition. .

Who are the Coptic Christians? A tragic church deals a blow to a persecuted group