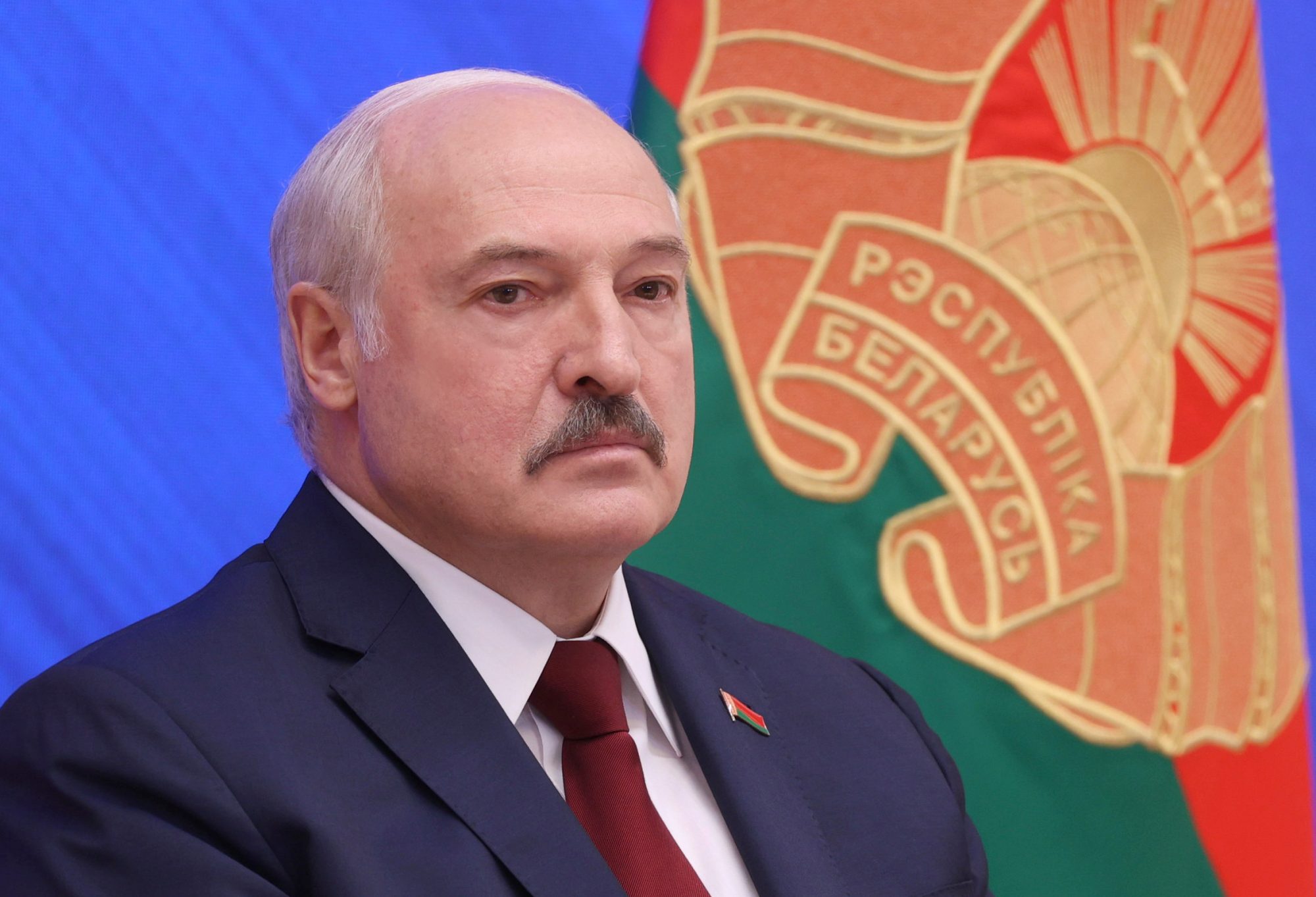 Belarusian Kremlin-backed dictator Alyaksandr Lukashenka has been hit with sanctions for his brutal crackdown on pro-democracy protests. (Pavel Orlovsky / BelTA via REUTERS)

Exactly one year after Belarusian dictator Alyaksandr Lukashenka stole the August 2020 presidential election in his country, the US, UK and EU imposed new sanctions on Lukashenka’s entourage, related companies and (in the case of the UK and the EU) Belarusian sovereign debt. This has been widely applauded as a welcome and coordinated response to Lukashenka’s lawless and aggressive behavior over the past twelve months, which has included the imprisonment and torture of opposition figures, the apparent murder of a dissident in Kiev. , the forced downing of a commercial airliner to arrest a dissident reporter, and more.

But just two days later, the IMF allocated about $ 910 million to Belarus in Special Drawing Rights, which are not in cash but can be converted into cash. The disbursement has been planned for a long time and has gone to all IMF members. This was not an attempt by the IMF to undermine the sanctions. Nonetheless, the message was damaging.

The news of the IMF disbursement has raised concerns among the Belarusian democratic opposition and among those who support its cause, including in the US Congress. Many have started to ask pointed questions about policy coherence. It doesn’t help that while the IMF’s SDR allocations were intended to help governments deal with the COVID pandemic, Lukashenka was notorious in this area as well, suggesting earlier than a shot of vodka and a ride. in tractor are ideal means to fight the global pandemic.

The IMF has long resisted imposing human rights conditions on its members, but it takes into account corruption and other issues related to a country’s ability to use IMF funds effectively. productive. Meanwhile, as a major player in the IMF, the United States has for decades included governance and rule of law issues when considering supporting the IMF, for example through standby agreements. with particular countries.

When challenged over the SDR allocation for Belarus, which is different from a conditional, negotiated stand-by deal, officials in the Biden administration privately expressed sympathy for the cause of Belarusian democracy. , but insisted that the SDR problem for the Lukashenka regime can only be solved by getting recognition.

Compounding the consistency problem, with encouragement from the United States under the Trump administration, the IMF withheld aid, including SDRs intended for the Maduro regime in Venezuela, on the grounds that it is not clear whether Maduro was the rightful ruler of the country. The situations in Venezuela and Belarus are not the same, of course, but they are close enough that the difference in approach raises eyebrows.

Receive updates on events, news and publications about Belarus from the Atlantic Council.

If the Biden administration sees support for democracy as a pillar of its foreign policy, it must find a way to help the IMF’s approach to Belarus be reasonably consistent with US policies. , the EU, the UK and other key IMF stakeholders. It can be tricky, but that’s why high-level policymakers get great positions and titles.

First, the United States and major Allied governments can act in a coordinated fashion to prevent Lukashenka from converting SDRs into hard currency. This means no dollars, no pounds, no euros and no yen for Lukashenka’s SDRs. Second, they can approach the Chinese and urge Beijing to do the same. These are the only currencies into which SDRs can be converted. The Chinese are unlikely to respond to calls based on concerns about Lukashenka’s human rights record or even the alleged murder of dissidents abroad, but it’s worth the effort. IMF observers tell me that China is not in the habit of trading SDRs for yuan. Also, exchanging SDRs for Yuan is not as valuable for Lukashenka.

These steps may delay Lukashenka’s ability to use SDRs. But the United States and its allies could try to go further. The big step would be to ignore the regime. It’s a high bar. Recognition is not a sign of approval but the recognition that a government is in fact in control of a sovereign country. Such a move would have costs, as Lukashenka would likely expel the remaining diplomats from any countries that would no longer be recognized. Even in adverse circumstances, it helps to have a field presence indoors. But, following the semi-precedent in Venezuela, this is a step the United States and its key allies may wish to take in response to more lawless behavior by the Belarusian dictator.

The disregard could be even more justified in the event that Lukashanka accepts (or is forced by the Kremlin to accept) to consolidate his country’s â€œState Unionâ€ with Russia, thus ending Belarusian sovereignty only thirty years later. the end of the Soviet Union. A dictator acting to dissolve the sovereignty of his own country after forcing into exile the person apparently elected president would seem a convincing argument in favor of disrecognition.

The union of the state with Russia is a real possibility for Belarus. Putin is not opposed to annexing more territory, as the world has seen in his illegal attempt to annex the Crimean Peninsula to Ukraine. He seems to view Belarus as part of greater Russia and himself as a modern czar on a sacred mission to bring together what he sees as historic Russian lands.

For years Lukashenka presented himself to the West as a strong man but nonetheless a defender of Belarusian sovereignty in the face of the Kremlin’s ambitions. This pose, as sincere as it may have been in the past, is now entirely empty as the Belarusian dictator is almost entirely dependent on Putin’s support.

The thirtieth anniversary of the fall of the Soviet Union is approaching at the end of this year. Putin, often in search of nationalist triumphs to restore his national image in the face of the stagnation of the Russian economy and oligarchic corruption, could be tempted to mark it by completing the stealth takeover of Belarus. The informal annexation of an entire country would mark a new stage in Putin’s aggressive and revisionist foreign policy.

Led by the United States, the main democratic players in the IMF should find ways to avoid the impression that the financial institution is supporting Lukashenka and should be careful to avoid anything that looks like a subsidy for the Kremlin’s new land claims by Europe. Before it is too late, the IMF, with the support of the United States and other key members of the IMF, should make it clear that its recognition of Lukashenka is hanging by a thread and that it cannot disburse SDRs without the assurance that there will always be an independent Belarus to receive them.

The IMF does not make these decisions on its own. It is a multilateral organization that consults its members. The United States, European governments, the United Kingdom and other democratic allies own many shares of the IMF. They should clarify that the disbursement of the SDR is conditional on assurances of Belarus’ continued sovereignty, and that disbursement should be suspended until such assurances are received in a form that the IMF and key stakeholders deem credible.

It is not easy to face a cunning dictator backed by an even more powerful authoritarian ally. The IMF, and the democratic actors who created it in the first place, must work together on the difficult question of Belarus. Failure to recognize the Lukashenka regime would be a big step for the IMF, despite Venezuela’s semi-precedent. To achieve this, the United States would have to push hard together with its key allies. But the IMF probably doesn’t want to support bullies and can work with its key stakeholders to do the right thing.

The Eurasia Center mission is to strengthen transatlantic cooperation by promoting stability, democratic values â€‹â€‹and prosperity in Eurasia, from Eastern Europe and Turkey in the West to the Caucasus, Russia and Central Asia to ballast.