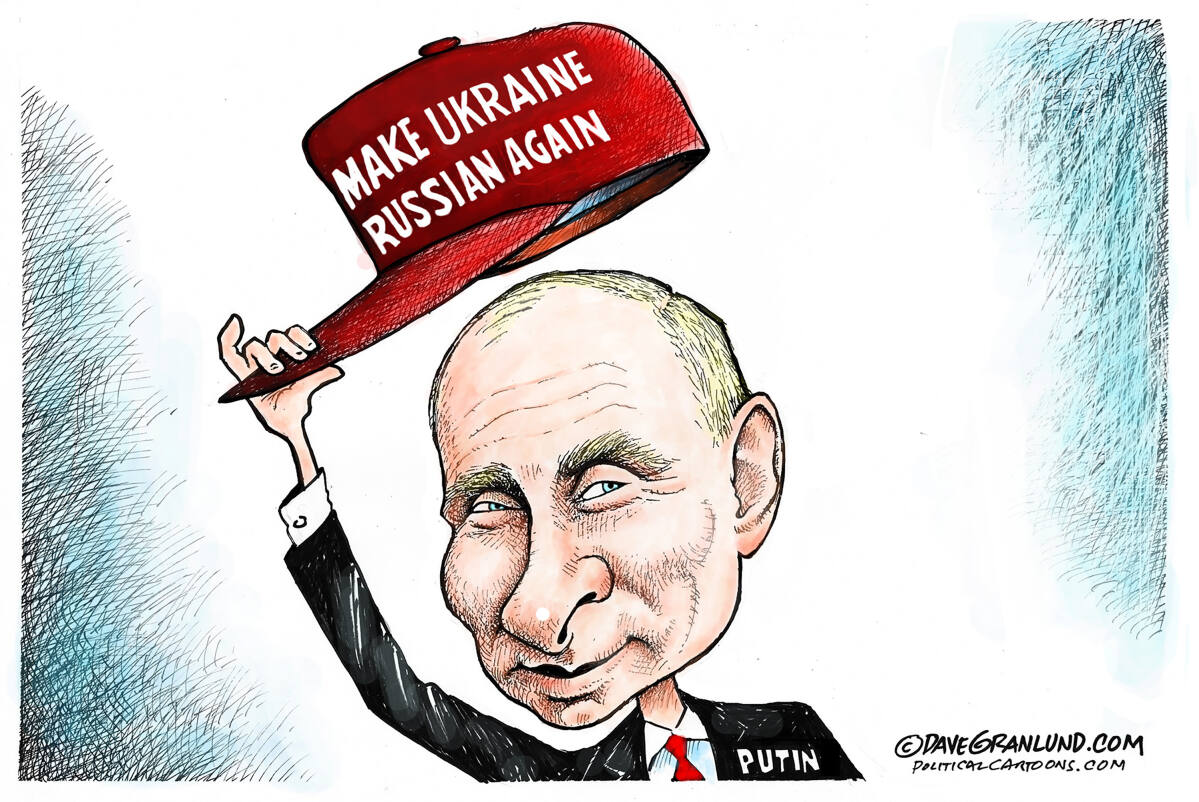 You may not have been glued to the Finnish President’s annual New Year’s speech. It’s understandable but unfortunate, because Sauli Niinisto said some remarkable things. His speech should give an idea to the European Union, to be discussed not only in Brussels but also – and above all – in the capitals of Sweden, Austria, Ireland, Cyprus and Malta.

These six countries all belong to the EU but are otherwise officially unaligned, meaning they are not members of NATO, the transatlantic alliance that kept the peace during the Cold War and must now determine how it would react to a new invasion. from Ukraine through Russia.

The idea – inspired by Niinisto’s comments – is as follows: the six neutral countries, linking arms with the EU and NATO, should overturn the ultimatum given by Russian President Vladimir Putin to the West. It demands that NATO stop expanding forever, otherwise it attacks. Instead, the Finns, Swedes, Austrians, Irish, Maltese and Cypriots should explain that if he attacks, they will join NATO.

Niinisto, of course, didn’t go that far. In his diplomatic way, he simply reminded the Finns that their “room for maneuver and freedom of choice also includes the possibility of military alignment and of applying for NATO membership, if we decide for ourselves. “. This freedom of choice is exactly what Putin wants to deny to countries like Ukraine, Moldova or Georgia.

A new and welcome sense of Finnish confidence and destiny shines through Niinisto’s words. After World War II, Finland declared itself unaligned in a bilateral agreement with the Soviet Union. It was a pragmatic but somewhat desperate attempt to keep sovereignty alongside this enormous Communist tyrant. West Germans and others have applied the pejorative term “finlandization” to this process of bowing down in exchange for nominal independence.

The other five neutral countries in the EU have different histories. Austria’s history is the closest to that of Finland: it declared itself non-aligned in the 1950s to end the occupation of the Allied victors of WWII, including the Soviet Union. , which had made Austrian neutrality a condition. However, Austria’s unspoken business model today is based on relative friendliness towards Moscow. If Putin becomes a dishonest threat, it is no longer tenable.

This dynamic is even more pronounced in Cyprus. It has attracted so much money from the Russian oligarchs that it is sometimes called a Russian bank account inside the EU. But apart from that, nothing would stand in the way of Cyprus joining NATO. The island is disputed between the Greek-speaking south (which is part of the EU) and the ethnically Turkish north (which is recognized only by Turkey). But Greece and Turkey are already part of NATO. Cypriot membership in the alliance could in fact stabilize the brewing conflict on the island.

The same logic applies to this other divided island. The part of Ireland which belongs to the United Kingdom is no longer in the EU but still in NATO. The situation of the Republic is reversed. But no one doubts that Ireland’s sympathies in a conflict with Russia go to the West. And the country no longer needs to prove that its foreign policy is independent from that of the British, which is one of the reasons it didn’t join the club a long time ago.

Among the six EU countries, the tradition of neutrality is strongest in Sweden, where it is rooted in notions of national identity as in Switzerland (which is not part of the EU). After losing a war with Russia over two centuries ago, Sweden ceded Finland to the Czars. From then on, he saw his fate in non-alignment, feeling relatively safe behind Finland’s buffer.

And yet, the two Nordic nations today see the world in the same way. If Russia got more aggressive in the Baltic, they would both be on the front lines. Above all, both have an interest, like the whole of the EU, in sending a message to Putin: we do not accept your attempt to return to power and spheres of influence; we will not once again allow the great powers to decide among themselves the fate of the smaller nations.

In 21st century Europe, neutrality is no longer a viable raison d’être (with the possible exception of Switzerland, but that’s another story). A strategy of non-alignment presupposes that potentially hostile actors abide by rules, the first of which is that they do not attack neutral nations. Putin seems determined to prove once again that he despises such standards.

Niinisto made this point by quoting Henry Kissinger. As the ultrarealistic former US Secretary of State put it in his doctoral thesis: “Whenever peace – conceived as the avoidance of war – has been the primary goal … the international system has been at stake. thanks from the most ruthless member of the international community. community. ”In today’s context: if you put neutrality above all else, you put us all at Putin’s mercy.

If Putin understands and backs off (for now) in Ukraine, neutral countries can still wait. But in the long run, their membership in NATO makes sense anyway. The EU has long been frustrated with having so little geopolitical leverage. And he has long disagreed with the United States on whether and how to build a “European army”, without confusing or compromising NATO command structures.

Admission of all EU countries to NATO could partly solve both of these problems. The Europeans would become a single, more or less coherent bloc within the Western alliance. This would make the EU and the West stronger. In fact, this path may be the only way for Europe to keep its place at the table of the great powers and to be taken seriously, even by unscrupulous tyrants like Putin.

Andreas Kluth is a columnist for Bloomberg Opinion.

You can send letters to the editor for [email protected]

5 ways student loans will change in 2022