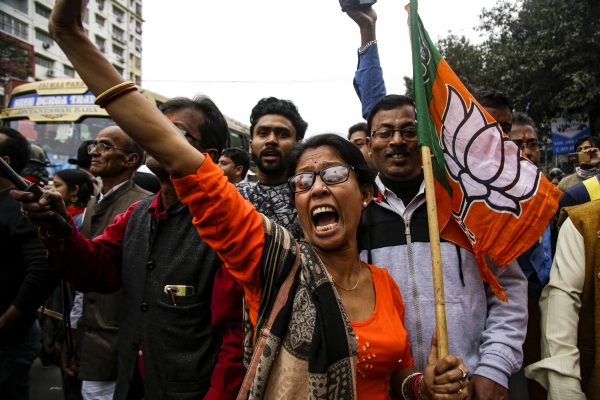 How the liberation of Bangladesh shook South Asia – the diplomat

Amid the chaos of the pandemic this month, Bangladesh is celebrating the 50th anniversary of its liberation from Pakistan. Over the past half century, Bangladesh is passed from a desperate case of poverty in a land of economic promise, often cited as a model of upliftment in the world.

The liberation of Bangladesh had important consequences beyond its own borders. It ushered in in many ways the most significant paradigm shift in Indian foreign policy – the one that persists in New Delhi to this day.

The 1960s were a tumultuous decade in India, marked by famines, wars and the death of the country’s charismatic first prime minister, Jawaharlal Nehru. In the years since Nehru’s death, his daughter and her eventual successor as Prime Minister, Indira Gandhi, decided India had to change course – and the 1971 war proved to be her litmus test. .

In the aftermath of the disastrous war with China in 1962 and the heightened threat of a possible link between China and Pakistan, Prime Minister Gandhi sought to achieve two goals: first, to rebuild the morale of the Indian military, and second, securing a strategic victory position that would weaken the Pakistani threat.

Stay up to date with the story of the week and develop stories to watch from across Asia-Pacific.

Fairly quickly, the opportunity presented itself in the form of discontent among Bengali nationalists in East Pakistan, which quickly escalated into all-out war as the Pakistani military climbing tensions in violence.

As war approached, Gandhi revised one of Nehru’s most sacrosanct foreign policy principles: non-alignment. In order to forestall the potential threat of US involvement on behalf of Pakistan, the Indian Prime Minister signed a cooperation treaty with the Soviet Union.

The strategic shift has worked. Britain and America sent warships to the Bay of Bengal to deter India’s military actions, but the Soviet specter has all but disappeared chased them away.

For New Delhi, the success of this experience bore lessons that remain to this day. Even as the Soviet Union dissolved and gave way to an era of American preeminence, India remained stubbornly committed to its defense and military ties to Moscow. For better or for worse, the Nixon administration’s committed friendship with Pakistan continues to fester in India’s memory. Despite New Delhi’s increased cooperation with Washington in recent years to counter Chinese influence in the Indo-Pacific, India has made efforts to seek a balance between its ties with the United States and Russia.

In the decades that followed, much of India’s strategic thinking remained focused on the immediate neighborhood, rather than relying on Nehru’s more globalist aspirations.

However, politically, the war of 1971 did not keep all its promises.

The liberation of Bangladesh promised to end the experience of religious nationalism in South Asia. In 1947, many international commentators had predicted The possible balkanization of India under the weight of its diversity. But in 1971, it was the supposedly less diverse Muslim state of Pakistan that collapsed. Bangladesh moved to proclaim oneself a secular state.

Meanwhile, in Pakistan, feelings of revenge were brewing against India, as the fanatics hoped to “bleed India with a thousand cuts”. Under President Zia-ul-Haq, this policy was concretized by support for secessionists in Indian Kashmir and Punjab.

Equally significantly, following the loss to Bangladesh, Zia also set in motion a Islamization process in Pakistan, apparently in the hope that the most effective way to avoid a repeat of 1971 was to counter the ever rich ethnic diversity of Pakistan with ever more Islam. In 1978, Zia announced that Islam would prevail over the country’s laws and constitution. The following year, the courts began to enforce Sharia laws with more enthusiasm.

Zia’s militant radicalism spawned years of violence and antagonism between India and Pakistan. In India, the national security unrest on the border with Pakistan fueled suspicion of Muslims more generally and reinforced the counter-movement of Hindu nationalism. Three years after Zia’s death – and shortly after genocidal violence in Kashmir had driven out the Hindu and Sikh minority – Hindu nationalist activists demolished an iconic mosque in the city of Ayodhya, which they claim was built on the ruins of a temple dedicated to Lord Ram.

Today, these divisions run deeper than ever across the region. Bangladesh’s commitment to secularism is under increased assault Islamist radicals – many of whom have ideologically descended of those who sided with Islamabad during the 1971 war. In India, Kashmir was bare autonomy promised to its leaders more than 70 years ago. Hindu nationalism is redefine India’s national identity in an unprecedented way and has sour relations with Bangladesh, where radical Islamists attack the Hindu minority, apparently in retaliation.

When Bangladesh became a secular free state 50 years ago, South Asia seemed poised to move away from religious nationalism. But the tragedy in the region is that politics have practically taken the opposite direction.