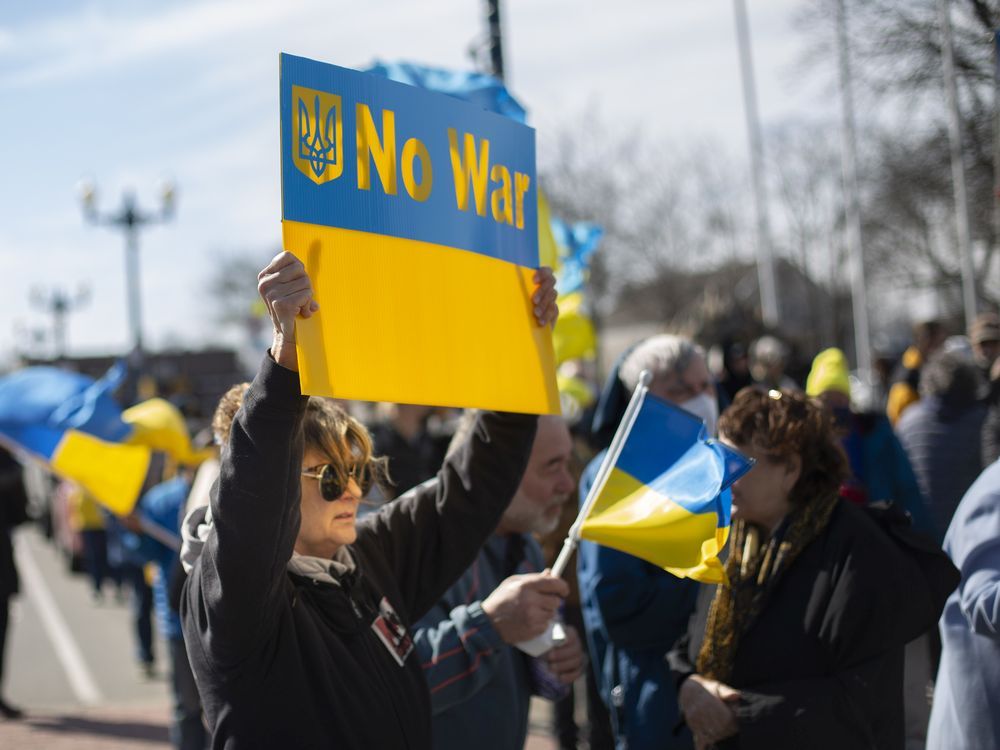 It was not an unusual error. In a shop in Copenhagen, Denmark a sales person asked if we were Americans.

Our Danish clerk responded: “Canadians, Americans, you’re all the same aren’t you?”

To which I said: “Yes, we are just like Danes and Swedes, eh.”

“Oh” he said. “I fully understand Canadians are Canadians.”

Living as we do in close proximity to the border between Canada and the United States we often tend to forget we really are two uniquely different countries. Many of us have family and relatives in the US In my case, they are quite distant.

Most Canadians live within a few hundred kilometers of the US border. In Windsor, many make daily trips for work across that border. Their choice may reflect that of many Canadians who have sought opportunities in the US where many have become successful.

I am not anti-American. I am, however, proudly Canadian. I take modest pride in our differences from Americans.

I no longer visit across the border because I prefer a country where gun numbers are well below one per capita. In America there is more than one gun per capita and road-rage shootings seem far too common.

Indeed, according to Geneva based Small Arms Survey, America has 120 guns for every 100 citizens — that is twice the number of second-place Yemen, which is a country at war.

Fortunately, unlike those who reside near Russia’s borders, Canadians should not reasonably expect Americans to invade us and try to force us into a culturally American world.

Certainly, we’ve all met Americans who assume and perhaps mutter: “well, Americans and Canadians, we’re pretty well all the same aren’t we?”

Unfortunately, that rationale seems to be a motivation behind the distorted thinking of Vlad Putin and his fantasy Russian world.

It is as if Joe Biden — or worse Donald Trump — were to announce an invasion of Canada to free us from that British Queen still blatantly visibly serving on some Canadian currency.

Historically, the territory that now constitutes Ukraine has been part of several other countries and empires. The 14th-century Lithuania empire occupied a large portion of what is now Ukraine. And portions of the country were also later part of the Austro-Hungarian empire, while others were Polish.

It was not until the 19th century that Ukraine became a relatively well-defined territory.

One of Putin’s predecessors, dictator Joseph Stalin, brutalized Ukraine during the years of 1932-1933. Millions of Ukrainians were killed in a form of genocide known as the “Holodomor.” This was an early version of quashing Ukrainian independence.

In many ways, Putin is imitating Stalin.

Putin’s problem with Ukraine stems from the significant role the country has played in Russian history.
Consider Nikolai Gogol’s novella “Taras Bulba.” Taras is depicted as an ideal Russian, but is actually Ukrainian and the story is set on Ukrainian’s steppe.

Arguably, Ukraine has been a core of Russian identity. For example, as the center of a medieval confederation known as Kyivan Rus — the Kyivan myth of origins.

Kyiv was the heart of Russian and Belarusian culture and also from which the Orthodox faith emerged.

The “Little Russians” as Ukrainians were often termed.

In a 1990 essay, “Rebuilding Russia” dissident Alexandr Solzhenitsyn visualized Belarus and Ukraine as essential parts of the Russian metropolitan core.

Solzhenitsyn like many before him, including Soviet President Mikhail Gorbachev, were children of Ukrainian mothers and Russian fathers.

Regrettably, much of recent Russian and Ukrainian history has rested upon what is termed a kleptocracy — a parasitic state wherein elites thrive upon institutional corruption. For Putin, that appears to be what politics is all about.

Putin can neither imagine nor tolerate a democratic European-oriented Ukraine. Putin may forcibly crush Ukraine, but he will never slay the spirit of Ukraine’s people. History is on their side.

Lloyd Brown-John is a University of Windsor professor emeritus of political science. He can be reached at [email protected]

Sign up to receive daily headline news from the Windsor Star, a division of Postmedia Network Inc.

Thanks for signing up!

A welcome email is on its way. If you don’t see it, please check your junk folder.

The next issue of Windsor Star Headline News will soon be in your inbox.

We encountered an issue signing you up. Please try again