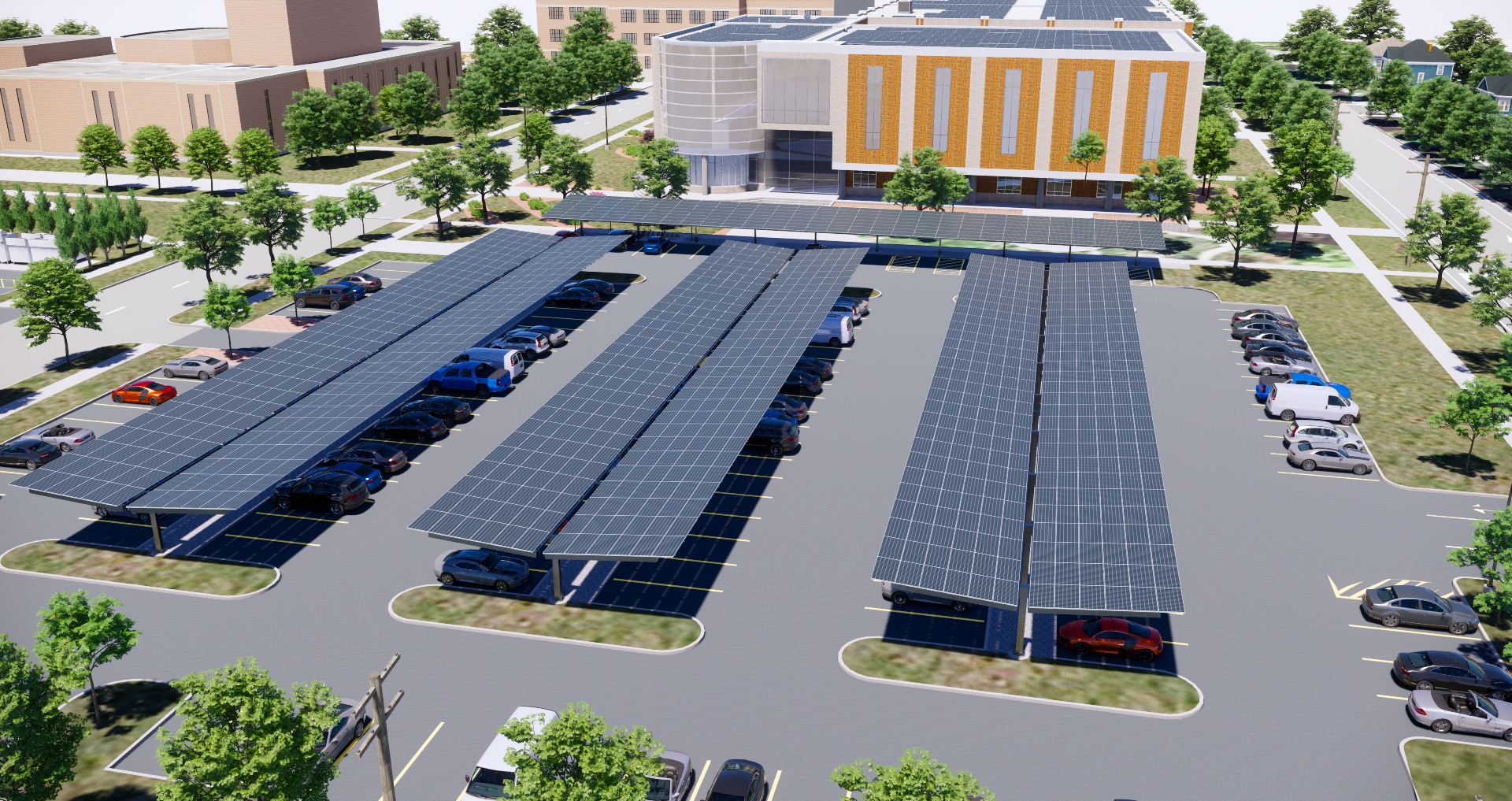 One of Minnesota’s oldest state universities will undergo a major energy retrofit next year without resorting to any public funding.

Winona State University, founded as a college of teachers in 1858, is expected to benefit from $ 12.3 million to upgrade its campus in southeast Minnesota.

School officials could have spent years trying to persuade lawmakers to approve the bond. Instead, the university works with a contractor to manage a portfolio of energy improvements that ensure enough savings are produced over the next two decades to pay for projects and then some.

It is the largest project of its kind since state officials launched the Guaranteed Energy Savings Program ten years ago. Without the funding option, “we probably wouldn’t have been able to do this project at this cost,” said Nathan Engstrom, director of sustainability and campus planning at Winona State. “We don’t have $ 12 million lying around; it is essential.

The Minnesota Department of Commerce provides advice and information to state, county, and local government institutions regarding energy conservation performance contracts, a budget neutral way for public entities to pay for energy savings. efficiency improvements. Commerce recently changed the name of the program to “Energy Savings Performance Contract” to include a wider variety of projects.

Energy savings performance contracts make a simple promise: the energy saved through the improvements will cover the cost of the projects. Several states have programs similar to those in Minnesota to assist agencies, universities, and local governments in the performance contracting process. Nationally, after years of weak growth, the Lawrence Berkeley National Laboratory reported that the industry grew 3.4% between 2014 and 2018, with revenues expected to reach $ 9 billion this year.

In Minnesota, the program has invested $ 45 million in renovations to 108 buildings representing nearly 6.4 million square feet of property. The participants, including four colleges, two cities, and the state’s transportation and natural resources departments, collectively save about $ 2.4 million per year.

Winona State University’s contract is the largest the state office has ever helped. Trade Commissioner Grace Arnold said the project shows there is momentum for more energy investment in utilities that don’t require taxpayer dollars.

“We are optimistic that Winona will encourage more higher education, state and local organizations to pursue energy saving performance contracts as it saves money and helps Minnesota to have affordable, reliable and clean energy, ”said Arnold.

The State of Winona was pleased to have the support of the State Office, whose involvement “offers additional skill levels. [and] security through the program that you wouldn’t necessarily have had you signed a performance contract yourself with one of these energy service companies, ”Engstrom said.

The university had been compiling a list of potential energy saving projects for several years. Once selected, McKinstry performed additional studies to determine the ROI of deferred maintenance, solar repairs and more. The university found a lender through a competitive bidding process and signed an 18-year lease-purchase agreement.

McKinstry will replace 21,000 light fixtures, make upgrades to the school’s power plant, and replace every toilet, shower head, urinal and faucet aerator on campus. It will also build a large solar installation. As a result, the campus is expected to save $ 26 million over 25 years, or about $ 685,000 per year, and reduce carbon emissions by almost 25%.

Engstrom said energy savings start to increase relative to lease payments even in the first year. The savings in the first year will be $ 670,000. The mixed nature of the projects means that the lighting saves money immediately while the payback for solar power comes years later, he said.

McKinstry recently completed work with the City of Rochester on a $ 6.8 million initiative that included upgrades to its Civic Center, Recreation Center and Aquatic Center. The first two projects will save the city $ 347,000 per year and help it meet its climate goals.

The program “is a budget neutral option for public entities looking to pursue energy improvements at their facilities,” Mast said. “Upgrades can be done at no upfront cost, and energy savings pay for upgrades over time, eliminating the need to dip into precious capital budgets or ask more from taxpayers. “

Although they have been around for decades and are widely used by the federal government, performance-based energy contracts are still not widely adopted by the institutions that would benefit from them, advocates said.

Timothy Unruh, executive director of the National Association of Energy Service Companies, said several obstacles stand in the way of the model. The first is that governments have often established “supply routes” for projects with a preferred list of contractors. “Someone could come in and protest against [a contractor] take business in an area where I used to do business and you know, and I’m a long time citizen here of that community, ”he said. “It’s a reasonable claim. “

Second, the whole process is different from how institutions usually hire entrepreneurs. An energy performance provider identifies the scope of a project rather than the customer. “You end up having to select a company to move a project forward before you know the scope of the project’s work,” he said. “It’s hard to create a candidacy situation to assess that. “

Other issues relate to funding, whether the approach offers the lowest cost for a project, and officials’ reluctance to try something new. As contracts last between 15 and 20 years, it is unlikely that public officials will do more than one during their career. Without institutional knowledge, employees remain nervous about being the first to try something new, Unruh said.

McKinstry Midwest Regional Manager John Neville said the main benefit of using an energy service company is their unique focus on buildings, efficiency and clean energy. Universities and state agencies may have knowledgeable facility managers, but rarely have the time or staff to thoroughly investigate potential efficiency improvements or integrations with clean energy production, a- he declared.

The company annually reviews energy saving and solar power production estimates with performance to ensure customers are seeing progress. “We want every project that we do to be successful because that’s how we get the next project – that’s how we get to phase two with the same client,” he said.

This article first appeared on the Energy News Network and is republished here under a Creative Commons license.