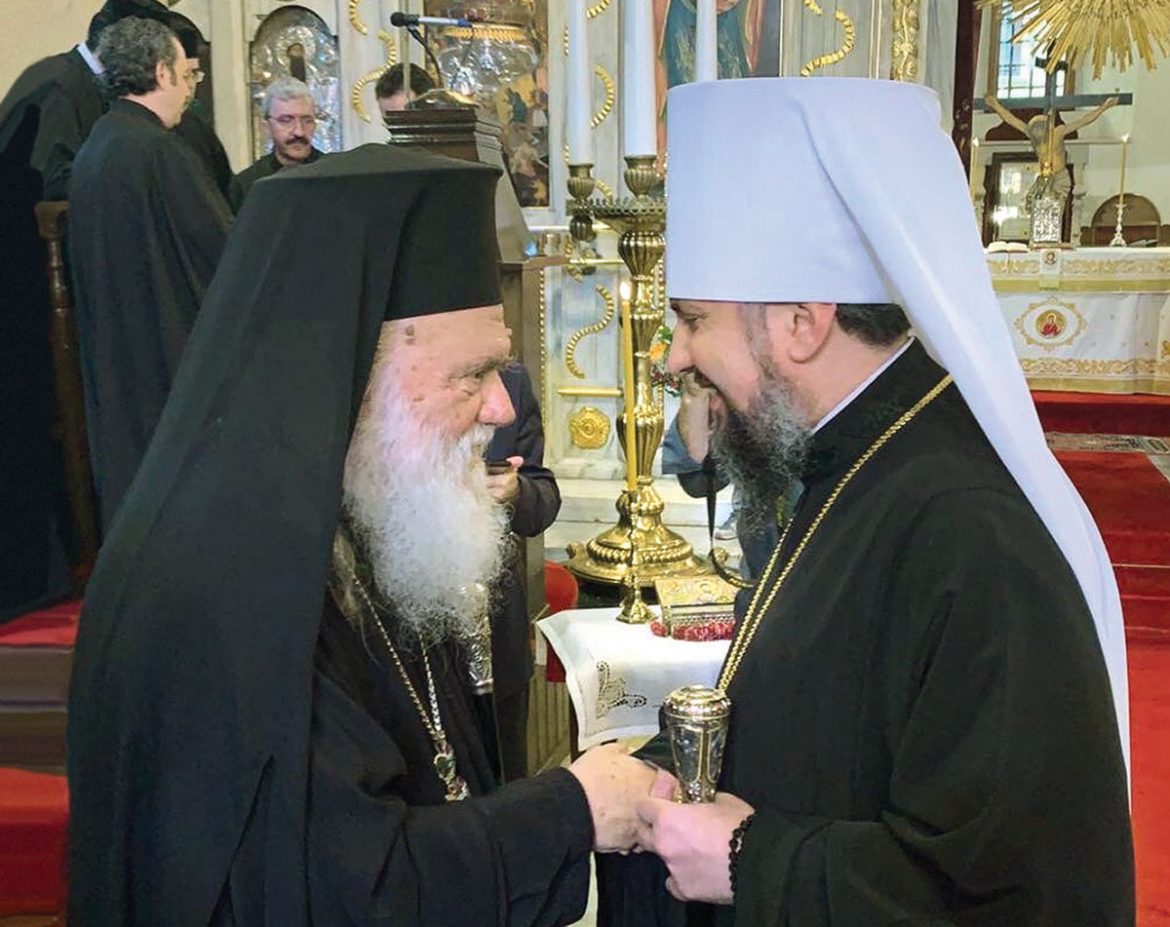 The Greek Orthodox Church essentially recognized the Ukrainian Orthodox Church (OCU), which in January was granted autocephaly, or independence, from Moscow by Ecumenical Patriarch Bartholomew, which angered Russia and caused what some have called the greatest Christian schism since 1054.

On October 12, the Council of Hierarchs of the Greek Orthodox Church meeting in Athens adopted a proposal from its Primate, the Archbishop of Athens and all Greece Ieronymos II, to ratify a previous decision of the Synod of this Church proclaiming â€œThe canon law of the Ecumenical Patriarchate to grant autocephaly, as well as the privilege of the Primate of the Greek Church to pursue further the issue of recognition of the Church of Ukraine. According to a report by Ukrainian television station TSN, 80 council hierarchs voted in favor while seven asked to postpone the decision.

The full press release was published on the romfea.gr website and a Ukrainian translation was provided by the religionpravda.com.ua website.

Ukrainian Metropolitan Epifaniy thanked the Church of Greece and its Primate for the decision (the text appears in Ukrainian, Greek and English on the Metropolitan’s Facebook page):

â€œI am grateful to my Brother in Christ, His Beatitude Ieronymos, Archbishop of Athens and all Greece, President of the Holy Synod of the Church of Greece, and the Brother Hierarchs of the Council of Hierarchs, for having decided today hui to support and follow the and the historic decisions of the Ecumenical Patriarchate, opening the possibility of a full interaction between our two local Autocephalous Churches in all fields.

â€œThe history of our two ancient nations, Greece and Ukraine, includes many shared pages of friendship and cooperation. The establishment of full Eucharistic unity and official relations between the local Churches of Greece and Ukraine is a new page which will remain forever linked in our history and in our hearts.

“I hope that in the near future I will have the pleasure of visiting Athens, close to my heart, and of personally transmitting our feelings of love and respect to His Beatitude Archbishop Ieronymos, to the Brother Hierarchs and to all the Church of Greece. “

The Moscow Patriarchate, which was until the historic decision in January the only canonical Orthodox Church in Ukraine, denied the right of the Ecumenical Patriarchate to such a move, claiming that it was the only one with the power to make decisions on the matter. autocephaly of her “daughter Church” and broke off relations with Constantinople. The Ukrainian Orthodox Church – Moscow Patriarchate (UOC MP) immediately followed suit; this stage has been viewed by some commentators as the “greatest schism in Christianity” since 1054, when the Church split into what became the Catholic and Orthodox branches of Christianity.

However, the Greek Synod, after studying the matter, decided that the Ecumenical Patriarch was right from the start. One of the reasons for such a decision is most likely the fact that the Patriarchate of Constantinople established the Metropolis of Kiev at the baptism of the medieval kingdom of Kyivan Rus’ in 988 and maintains that the Patriarchate of Moscow, after being separated from Constantinople in 1448, had illegally engulfed the Church of Kiev in 1696 when it had only received management rights.

After Constantinople granted the Tomos, or “declaration of independence,” to the newly established Ukrainian Orthodox Church on January 6, Moscow launched a campaign to thwart this reception by using its geopolitical influence to persuade other churches Orthodox to challenge Constantinople.

According to TSN, such attempts continued even while the Council of Hierarchs was unfolding, as activists claiming they were acting with the approval of the UOC-MP distributed leaflets to Council members describing the alleged horrors that were being held. The Church’s autocephaly has brought to Ukraine, most of them being allegations of discrimination and religious intolerance against the UOC-MP. Most of these claims are false – to this day the UOC-MP operates freely and, despite an ongoing migration process from parishes to OCU, still owns the majority of parishes in Ukraine – if not the majority of believers.

The granting of autocephaly to the Ukrainian Church has been a particularly painful step for Russia, which is in the sixth year of its undeclared war against Ukraine, the aim of which is to maintain the former Soviet country in Moscow’s geopolitical sphere of influence. The UOC-MP is considered a major player in this war, providing an ideological lever for Russian ideas of a â€œHoly Rus Triuniteâ€ made up of Russia, Ukraine and Belarus which, according to legend, are doomed to stay together or challenge divine providence.

The decision of the Greek Orthodox Church, one of the largest Orthodox Churches in the world and which is considered to have statehood in Greece, paves the way for greater reception of the OCU in the global family of Churches and could stimulate the migration of more Parishes of the UOC-MP to the newly formed structure, consisting mainly of the Ukrainian Orthodox Church – the Kyiv Patriarchate and the Ukrainian Autocephalous Orthodox Church, two structures which until ‘in December 2018, were considered schismatic. The migration process had accelerated in the first months after Tomos, but has recently slowed down, in particular because of the internal crisis of the OCU caused by the schism of its “creator”, Metropolitan Filaret.

Which churches could be the next to recognize the Ukrainian Orthodox Church? Experts speak of the Churches of Georgia, Romania and Bulgaria. Meanwhile, the next step in affirming the decision of the Greek Church is to take place on October 19, when Metropolitan Epifaniy will be appointed from among the other primates of the Orthodox Churches in a solemn liturgy.

Reprinted with permission. The above story appears at: http://euromadanpress.com/2019/10/12/greek-orthodox-church-becomes-first-to-affirm-newly-independent-orthodox-church-of-ukraine/.