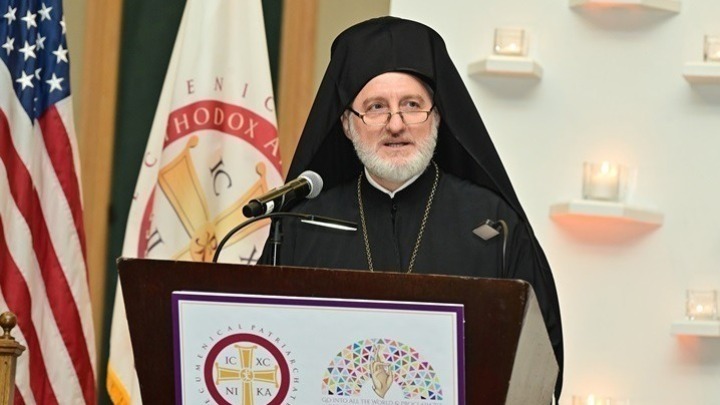 Leaders of the Greek and Ukrainian Orthodox Churches in America will meet on Wednesday for a joint prayer service for Ukraine.

The service will be held at St. Volodymyr’s Ukrainian Orthodox Cathedral located at 160 West 82nd Street in New York, NY 10024.

The Archdiocese notes that “with sadness and heartbreak” the world watched Russia launch an invasion into Ukraine.

“As we continue to pray for those whose lives are affected both directly and indirectly, the implications of this humanitarian tragedy are felt throughout the community and around the world,” he adds and calls for contribution to Greek Orthodox Archdiocese of America Ukrainian Relief Fund.

Bishop Elpidophoros announced the establishment of the Ukrainian Relief Effort, which was established in collaboration with International Orthodox Christian Charities (IOCC).

Together, the Archdiocese and the IOCC aim to raise $1 million for the immediate and long-term support of the people of Ukraine.

Archbishop Elpidophoros donated $100,000 to the Ecumenical Patriarchate to support the efforts of the Ukrainian Orthodox Church.

“I am not saying ‘Russia’ because thousands of Russians are protesting against this unprovoked and unreasonable attack endangering their own lives and freedom. This attack must be placed squarely on the shoulders of Vladimir Putin, who risks world peace for his own selfish political agenda,” Elpidophoros said.

“We are witnessing an immense tragedy of human suffering: the targeting of civilians, the murder and terror, and the death of innocent people, especially children. Yet we know that Ukrainians and Russians are breast-fed children. They are brothers and sisters in Christ,” he added and called for an immediate end to the war.