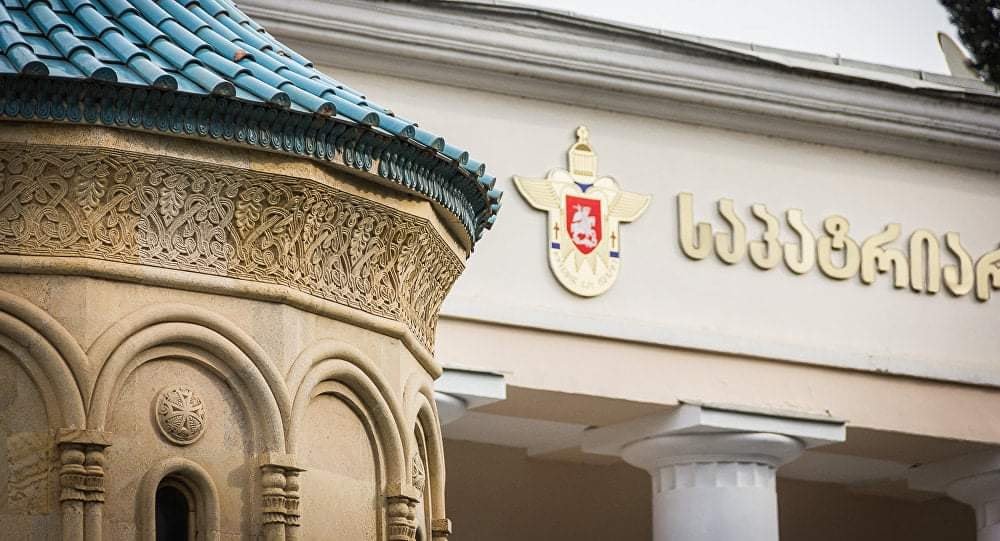 The Georgian Orthodox Patriarchate and various high-ranking Orthodox clerics denounced the Russian invasion of Ukraine. Reactions range from openly critical of Russia to cautious or supportive of the Kremlin’s imperialist narratives.

“Unfortunately, the belligerent actions carried out by Russia continue in Ukraine, killing thousands of people,” Orthodox Patriarch Ilia II said in his last speech on March 16.

The patriarch called on his parish to try to find time at noon, Thursday March 17, to pray to God and the Virgin Mary for Ukraine and the whole world. He also gave clerics the blessing to hold a Sunday prayer for peace in Ukraine and a memorial service for those who died “in this war”.

“God save Ukraine, God save Georgia and the world!” read the prayer.

The latest statement by Ilya II, Georgia’s most revered man, marked a change from his earlier remarks, where – although he wished for peace for Ukraine – he had not explicitly mentioned the Russia nor condemned the act of aggression.

“Based on the bitter experience of Georgia, we know how important the territorial integrity of the country is,” he said. noted February 24, the first day of Russia’s full-scale attack on Ukraine. “Therefore, with sorrow, we follow the tense situation in Ukraine.”

Over the past few weeks, the Patriarchate has reported on a number of steps it has taken to support war-affected Ukrainians, such as collecting tons of humanitarian aid from the parish to send to Ukraine. or the offer of assistance to Ukrainians currently stranded in Georgia.

The patriarch also said he would hold ‘peace prayers’ in all Orthodox churches on February 27 due to the ‘serious situation in Ukraine and in the world’, calling on priests and parishes to intensify their daily prayers. .

Ilia II also spoke about the war during the Cheesefare Sunday sermon on March 6.

“There is war in some countries, we are sorry for this war. We pray, we try not to participate in the escalation of the situation”, apparently supporting the government’s reserved position on Ukraine, while again failing to mention Russia as well as Ukraine directly.

“Our people have collected groceries, clothes to help people, but it’s little, furthermore we will try our best to stop the bloodshed, stop the war and that people find a peaceful life,” he added.

As the patriarchy continues to face criticism for not being specific enough or critical of Russia in its official statements, senior clerics in the Georgian Orthodox Church have been clearer about their stance on the ‘Ukraine.

The Metropolitan Bishop of Batumi and Lazeti, Dimitri Shiolashvili, who is also a nephew of Patriarch Ilia II, said during one of his sermons: “We are horrified by the evil happening in Ukraine”, and expressed his sympathy for “the firm, resilient, fearless society [Ukrainian] people.”

Without explicitly naming Vladimir Putin, Metropolitan Bishop claimed that “an evil ruler has emerged” threatening all of humanity with nuclear weapons.

“He considers himself a Christian and, I would say, he has nothing to do with Christian values.”

Bishop Shiolashvili also said he sent messages to clerics in Russia with whom he once studied, calling on them to arrest Putin, but received no response.

Bishop Melkisedek (Khachidze) of Margveti and Ubisa in western Georgia is another cleric who has openly denounced “Russian aggression” and expressed support for Ukraine in its struggle for territorial integrity .

The bishop, who has repeatedly been in the spotlight for his pro-Western stances, also offered to give temporary shelters to up to 30 children and their parents fleeing war and hung Ukraine’s national flag on the wall of the eparchy building.

Bishop Jakob (Konstantin Iakobashvili) of Bodbe, another influential cleric known for his radical anti-gay actions, has repeatedly spoken out in favor of Ukraine.

In his March 13 sermon, he spoke of Ukrainians who endured the Holodomor – the terror famine – of the Soviet regime and then “German fascism” but who “still could not be broken”.

Calling on the parish to have a correct idea of ​​the ongoing developments, Bishop Jakob reaffirmed the right to self-defense of the Ukrainian people. “It is not surprising that a Ukrainian, attacked [by aggressors] coming armed to kill, protects himself.

A cleric predicts the creation of “Holy Russia”

Bishop Spiridon (Gocha Abuladze) of Skhalta in the highlands of the western region of Adjara had a different view, seeing the greatest tragedy in “brothers at war with each other”.

Addressing the parish on March 13, Abuladze suggested that the “Russian Orthodox people” emerged from “Kyivan Rus” and went on to form present-day Belarus and Russia. But they are “a people, an ethnic group”, he said.

The bishop claimed that Ukraine and Russia had been dragged into the war by “third forces”. Citing “great prophecies”, he claimed that current developments would eventually lead to the formation of “a great Russia, holy Russia” uniting Ukraine, Belarus and Russia.

The cleric also warned Georgia not to take sides in the war, embracing the Georgian government’s cautious stance.