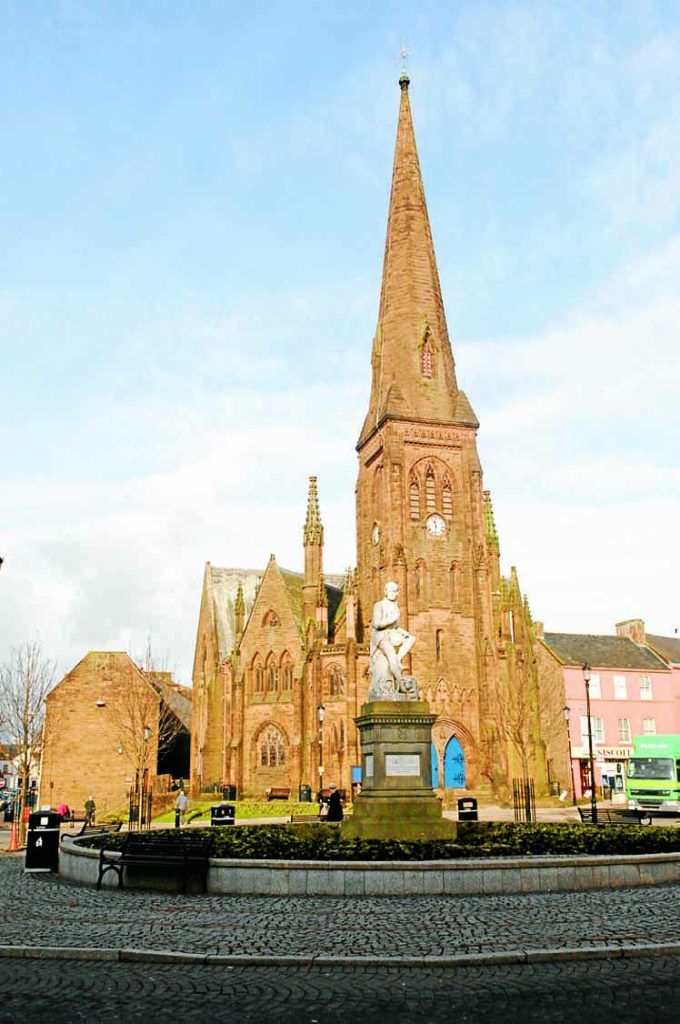 A DUMFRIES church linked to Robert the Bruce was consecrated as a cathedral.

Greyfriars Church was sold to the Diocese of the British Isles, a constituent diocese of the International Synaxis of True Orthodox Churches.

It was consecrated as the Cathedral of the Blessed Virgin Mary and Saint Ninian in a handover ceremony last month and will become the liturgical center of the diocese.

The acquisition follows the decision of the community of St Bride’s Anglican Church to move to new premises after 13 years of worship in Greyfriars.

A spokesperson for Dumfries Orthodox Cathedral said: “Acting on the wishes of St Bride’s Congregation to keep the building for church use, the Reverend Andrew Crosbie has led an effort to find another church community that would make use of it. appropriate space.

“To this end, the decision has been taken to transfer ownership of the building to the Diocese of the British Isles, a former Calendar Orthodox Christian diocese with missions throughout Britain and Northern Ireland.”

The original diocese was founded in 425 AD with its spiritual center at the Abbey of Saint Alban and Aethelwold, normally called Botel Abbey, Kirkcudbrightshire.

Greyfriars Church is now the official seat of the Rt. Rev. James Cavendish, 8th Orthodox Bishop of Whithorn, and a regular program of services will be led by the Fr. Augustine Parker and church porter Elliot Davies.

The diocese intends to carry out major renovations to Greyfriars, which houses the shrines of St Ninian and St Machutus and is most famous for its association with the murder of John ‘the Red’ Comyn by Robert the Bruce.

Following the dedication ceremony, the diocese officially launched the Lambros Charalambous Philanthropic Initiative (LCPI) last week, named in memory of a patron of the church.

The program will include the opening of a new food bank in the city and will also support scholarships for young local musicians.

Bishop James said: “Although we are still only a small presence, we hope that our charitable activities will serve the people of Dumfries.

“All of our involved clergy look forward to working with various faith leaders and charities in Dumfries so that the new community of Greyfriars can do their part to bring relief and works of mercy to the local people.”

A spokesman for St Bride’s Anglican Congregation said: ‘We are sad that our stay at Greyfriars is over, but we are happy that it remains a genuine place of Christian worship in the center of Dumfries.

“We will be using Rugmans Hall on the Whitesands as a place of worship. This is a temporary measure until we decide on the future of our congregation.