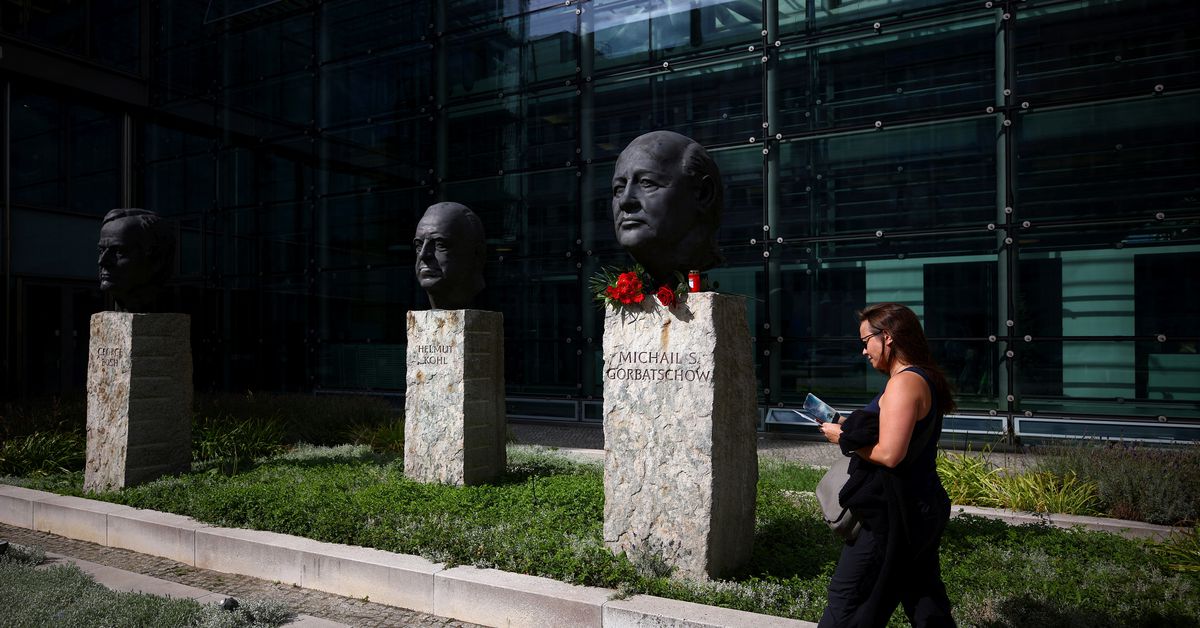 Factbox: Honor or disgrace – how Russia buried its former leaders

Sept 2 (Reuters) – Mikhail Gorbachev, the Soviet Union’s last leader, will be buried in Moscow’s Novodevichy Cemetery on Saturday, but there is no official day of mourning and there will be no state funeral. Read more

Here are some details about the funerals and burials of former Soviet and Russian leaders over the past 100 years.

The leader of the Bolshevik Revolution of 1917 died on January 21, 1924 at the age of 53. Huge crowds gathered for his funeral in Red Square, despite the extremely cold weather. His embalmed body was on permanent public display and can still be seen in his mausoleum in the square.

Stalin died on March 5, 1953, at the age of 74. His body lay in the Hall of Columns in central Moscow and was later placed next to Lenin’s in the mausoleum after a funeral service in Red Square. Stalin’s regime of terror was later denounced by his successor, Nikita Khrushchev, and his body was removed from the mausoleum in 1961 and buried near the Kremlin wall.

Khrushchev was ousted in 1964 following a plot by other Communist Party leaders who accused him of rude, erratic and authoritarian behavior, political failures and going against the teaching of Lenin. Dishonored, he died on September 11, 1971, at the age of 77, and received a private burial in the Novodevichy cemetery, with a wake beforehand in a morgue in the suburbs of Moscow. According to his biographer William Taubman, news of his death was withheld until the morning of the funeral and only a small number of mourners were able to make their way past rings of troops and police at the cemetery to join the family near from the grave. It took another four years before the family obtained permission to erect a monument there – an imposing sculpture by Ernst Neizvestny.

Brezhnev died on November 10, 1982, at the age of 75. After five days of national mourning, he was given a state funeral in Red Square, with his coffin carried on a gun carriage accompanied by a goose-stepping honor guard. He is buried in the Kremlin Wall Necropolis.

Andropov died on February 9, 1984, at the age of 69, after 15 months in office. He received a state funeral in Red Square after four days of national mourning, attended by foreign leaders including US Vice President George HW Bush and British Prime Minister Margaret Thatcher. He is buried in the Kremlin Wall Necropolis.

Chernenko, in power for just 13 months, died aged 73 on March 10, 1985. He was given a state funeral after three days of official mourning and was buried in the Kremlin Wall Necropolis – the last person to be buried there.

Yeltsin, the Russian president who joined with the leaders of Belarus and Ukraine to dismantle the Soviet Union and force Gorbachev to step down in 1991, died on April 23, 2007 at the age of 76.

President Vladimir Putin, his hand-picked successor, declared a day of national mourning for the funeral. Yeltsin’s body lay in Moscow’s golden-domed Cathedral of Christ the Savior before being buried in Novodevichy Cemetery.

Gorbachev died Tuesday at the age of 91. His body will be on public display in the Hall of Columns near the Kremlin on Saturday morning, before being buried next to his wife Raisa in Novodevichy Cemetery. The Kremlin said Putin was working on Saturday and was too busy to attend, but paid tribute on Thursday at the hospital where Gorbachev died. No day of mourning was declared. Western leaders who would normally have attended the funeral will be absent due to entry bans imposed by Russia in response to sanctions imposed on Moscow for its war in Ukraine.

Editor-in-chief on Russia and the CIS. Has worked as a journalist on 7 continents and has reported in over 40 countries, with assignments in London, Wellington, Brussels, Warsaw, Moscow and Berlin. Covered the breakup of the Soviet Union in the 1990s. Security correspondent from 2003 to 2008. Speaks French, Russian and German (rusty) and Polish.

Francis and Kirill could show a way to peace