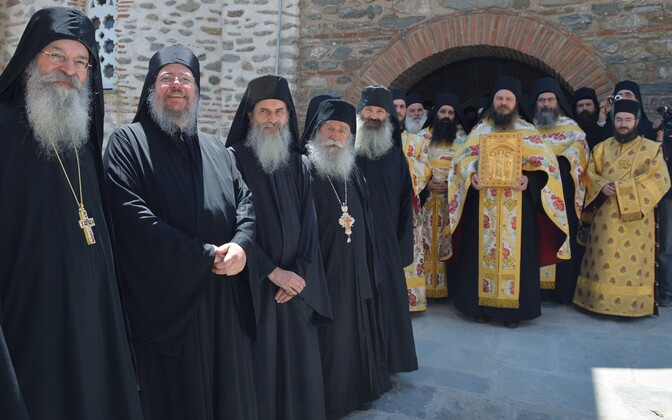 â€œThe Synod of the Estonian Orthodox Church of the Moscow Patriarchate expresses its deep concern at the dangerous development of the situation of the Church in Ukraine, caused by the unilateral activity of the Ecumenical Patriarch of Constantinople, who sent two of his ministers in Kiev in order to achieve the establishment of an autocephalous Ukrainian Church, “said the synod’s statement.

The synod also warned that the name change and transfer of ownership of the Ukrainian Orthodox Church could lead to discrimination against millions of Orthodox people.

“We decisively condemn the anti-canonical activity of the Patriarch of Constantinople in Ukraine and fully support the position taken by the Holy Synod of the Russian Orthodox Church on September 14,” the statement said.

Istanbul-based Archbishop of Constantinople and Ecumenical Patriarch Bartholomew I, who is considered for historical reasons as the spokesperson for all Orthodox and the first among his peers in the Eastern Orthodox Church, is expected in the coming months to vote on Ukraine’s demand to break with Moscow and establish an independent church.

Metropolitan of Volokolamsk and senior Russian church official Hilarion said in September that if the Patriarch supported Kiev, they would have no choice but to sever relations with Constantinople. He said Bartholomew acted in a contemptuous and treacherous manner.

Patriarch of Moscow and All Russia Kirill, Bartholomew’s rival, called the possible separation of the Ukrainian Church from Moscow a catastrophe of the Orthodox faith.

Although the Ecumenical Patriarchate of Constantinople is the oldest in the world, Moscow is currently the most powerful and has the largest number of followers.

It is not clear what this would mean in practice if Ukraine were granted the right to establish an independent church. Experts agree, however, that this move would deal some blow to Russia’s spiritual authority in the Orthodox world.

The Estonian Orthodox Church of the Moscow Patriarchate, which primarily caters to the country’s large Russian-speaking population, is distinct from the Estonian Apostolic Orthodox Church, a smaller denomination whose congregations and clergy mainly include ethnic Estonians and which is part of the Patriarchate of Constantinople.

Download the ERR News app to Android and ios now and never miss an update!

The geopolitical divorce of the century: why Putin can’t afford to let Ukraine go