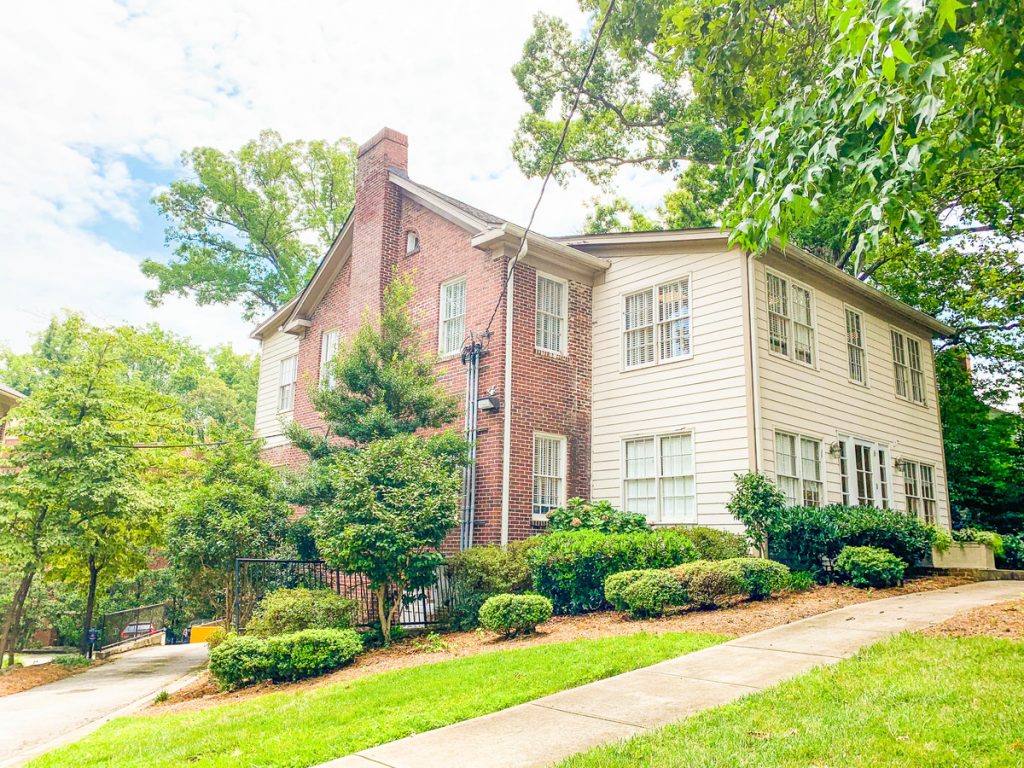 Emory to debut at an interfaith center this month

Emory University will launch a new interfaith center on the University’s Atlanta campus in December, a project proposal that was first submitted in fall 2020 and approved in spring 2021.

The dean of religious life and university chaplain Gregory McGonigle said the university had been discussing the concept of the center since the early 2000s, when growing religious diversity in colleges across the United States began to demand a sacred space for more religious groups.

“It is a way of reflecting what the community really is in Emory,” said Hindu Chaplain Brahmacharini Shweta Chaitanya. “This is a natural and long overdue next step for Emory.”

The project was delayed due to the financial recession from 2007 to 2009, McGonigle said. However, with Public calls from students like Marwan Nour (20C) and Akshar Patel (19C) in 2019 and the development of a multi-faith chaplaincy at the University over the past two years, McGonigle said “now is the time” for the establishment from space.

Emory’s new Interfaith Center will host approximately 40 undergraduate and graduate spiritual communities on campus. According to a Fall 2020 University sinvestigation Religious and spiritual identity of students, 49.1% of Emory students identify as part of one of the many religions on campus.

â€œCommunication and the exchange of ideas is the main point of an educational or university setting,â€ Srivastava said. â€œIt inspires growth and acceptance, so much more can come from people exchanging ideas, especially religious organizations. ”

the same A survey found that around 18% of students at Emory College identified themselves as Protestant, 11% as Catholics, 10% as Jews, 4% as Hindus, 3% as Muslims, 2% as atheists / agnostics, 1 % as Buddhists, 1% as â€œotherâ€ and less than 1% as Orthodox Christian About 47% of respondents chose not to answer or had no religious preference.

Results from respondents from Oxford College showed a similar distribution, with a majority of 56% of students choosing not to report or having no religious preference.

While the University has a diverse religious community, Srivastava said there was a lack of communication between different religious organizations. The Interfaith Center seeks to tackle this problem.

â€œThe purpose of the Interfaith Center is to be a physical space where all religious organizations can organize events, communicate with each other, learn from each other and use the same space,â€ Srivastava said. â€œSpace inspires communication; if you share the same space, you will communicate.

Architecturally, the students said they wanted a space that could serve the wide variety of practices that take place in our community.

â€œEveryone has different physical parts of their practice, so what we would need the most is a large, open space that can be easily set up and taken down according to the needs of each religion,â€ said Srivastava.

Chaitanya hopes that the architecture will encourage both openness and permeability in this new space.

“[Thereâ€™s a] feeling that you can go in and out of different spaces and feel almost at the same time as if you are in a space to learn something different from what you grew up with or what you know, but also to feel like yourself are also welcome in space, â€said Chaitanya.

The interfaith center, whose site has even been blessed by the Dalai Lama, will provide a central space for religion to Emory.

â€œStudents have spoken of it as a ‘home’ for many types of dialogues, programs, retreats and service opportunities for the two particular spiritual communities and when groups come together,â€ said McGonigle.

McGonigle said the Center will not be limited to members of specific communities, but rather hopes it inspires people of all religions, spiritualities and beliefs to come and explore.

â€œAll of our chaplains try to think of creating a space where anyone of any faith, and even people who do not identify with any faith, can feel that this space is a home where they can take a break and find a respite. busy university life, â€said Chaitanya.