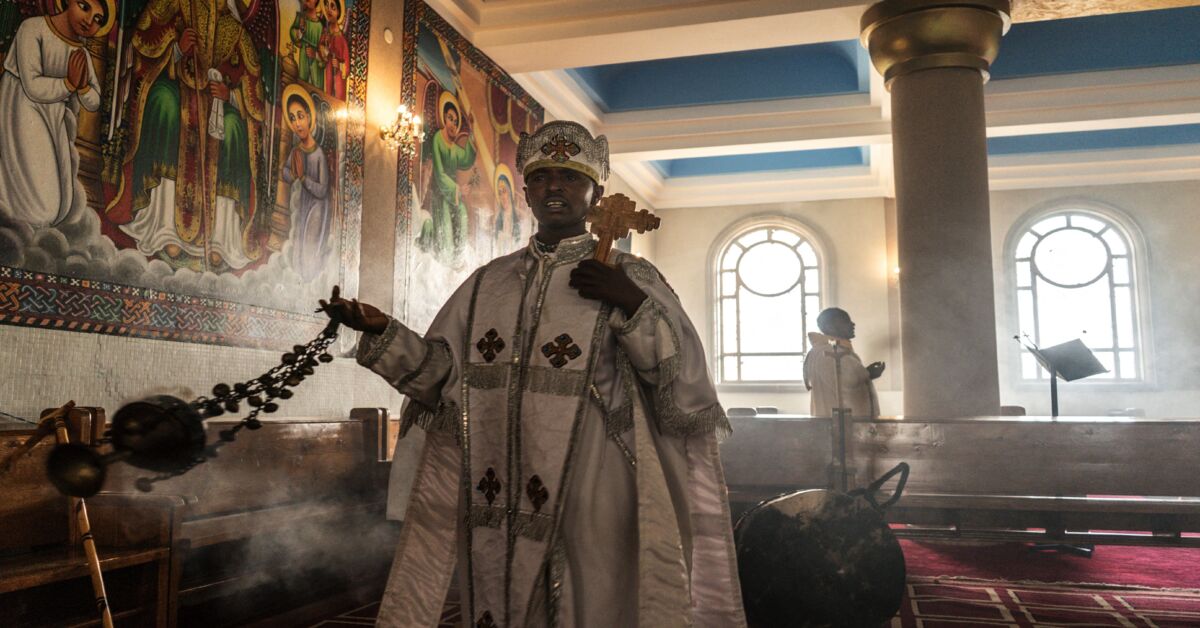 Egypt is taking advantage of the charitable and development projects of the Egyptian Coptic Orthodox Church in Africa to strengthen its influence on the continent, especially in the countries of the Nile basin.

On September 27, the Patriarch of the Orthodox Church, Pope Tawadros II, promised the ambassador of Burundi to Egypt Sheikh Rashid Malachi Nyirajera that the Church would continue to provide educational and health support to the Burundian people.

In a meeting with Nyirajera at the papal headquarters in Cairo, Tawadros said he hoped that “the projects led by the church in Burundi will remain effective and beneficial for the people of Burundi,” noting that “the church supports the Egyptian state in Burundi and all African countries. countries.”

Nyirajera, for his part, expressed â€œthe appreciation of the Burundian government for the services provided by the Coptic Orthodox Church on behalf of Egypt to serve the Burundian people in terms of health and education.

He underlined “the success of the technical school created by the Coptic Church in Burundi”, expressing his hope to build more schools and also to establish a hospital.

The Egyptian government used the Coptic Orthodox Church to promote the Voices of Egypt in Africa initiative launched by the Egyptian Immigration and Expatriates Ministry last May.

During a meeting on July 5 with Father Anba Joseph (Bishop General of Egypt in Africa, in particular in Namibia, Botswana, Malawi and Zimbabwe), the Minister of Immigration and Egyptian Affairs of expatriates Nabila Makram greeted the role of the church in Africa in promoting the Voice of Egypt in Africa initiative to strengthen Egypt’s influence and role on the continent.

The initiative, she said, is based on using Egyptian soft powers such as the Church in Africa in parallel with existing diplomatic efforts by the Egyptian government to achieve these goals.

In March, Tawadros appointed Joseph general bishop of Africa and representative of the church in Africa with the aim of increasing the presence of the church on the continent.

Meanwhile, it seems that the government is aware that the role of the Coptic Church in Africa is not limited to only spiritual and religious aspects, but rather extends to the establishment of development projects, hospitals and d ‘schools.

In Burundi, for example, the Coptic Orthodox Church has established a hospital, a refuge and a retirement home. During his meeting in December 2017 with Father Daoud Lamei (the ecclesiastical leader of the service of the Coptic Orthodox Church in Burundi), Burundian President Pierre Nkurunziza praised the role of Egypt and the church by supporting the health and education sectors in the country.

The Egyptian parliament also praises the role of the church in Africa at a meeting in December 2018 between the head of the parliamentary committee on African affairs Tarek Radwan and Tawadros, who said that “the Egyptian church plays a major role in Africa and provides services in Sudan , Ethiopia, Kenya and South Sudan, as well as limited church services in a number of other countries, not to mention the medical services that the Egyptian church provides extensively in many African countries.

The church also wishes to send medical convoys four times a year in Burundi, the last time in February 2020.

In Kenya, the Coptic Orthodox Church launched in November 2020 a project called “Raha childrenâ€At the service of street children and children victims of domestic violence which has led them to resort to the streets.

The church has also established a number of medical centers, vocational training centers and a nursery in Nairobi in February 2019.

In April 2019, the church inaugurated the Coptic hospital in the Zambian capital, Lusaka, which is one of the country’s largest hospitals. Then-Zambian President Edgar Lungu stressed that â€œthe hospital is an achievement for everyone in Zambia and will improve access to the best quality medical services,â€ praising the church’s contribution to the improvement of the health sector.

In South Africa, the Egyptian Orthodox Church has a number of medical projects, such as the Coptic Johannesburg Center, in addition to several development centers across the country.

In Sudan, the Egyptian church has 23 churches in and around Khartoum, Omdurman and Atbara, in addition to four high schools and several primary schools, libraries and clubs.

Amani al-Tawil, expert on African affairs at the Al-Ahram Center for Political and Strategic Studies, told Al-Monitor: â€œThe government uses and cooperates with all the soft powers that have influence in African countries, notably the Coptic Orthodox Church. . “

She added: â€œThe Egyptian Church and its projects in Africa and the Nile Basin countries are facilitating the work of Egyptian diplomacy in implementing Cairo’s plan to restore its role in Africa.

â€œIt is difficult for soft powers like the church to intervene directly in the crisis of the Great Ethiopian Renaissance Dam (GERD), despite its strong influence in the countries of the Nile basin. However, the popular influence of the church may make the people of these countries more inclined to support the Egyptian position, â€Tawil said.

Tawadros told the press on September 19 that “the church is playing an important role in clarifying the Egyptian position on the GERD crisis and the nature of the Nile, but this issue has now taken on an entirely political dimension.”

Meanwhile, Tawil stressed, “The government must coordinate and partner with all soft powers such as the church and Al-Azhar to increase their projects and activities in African countries.”