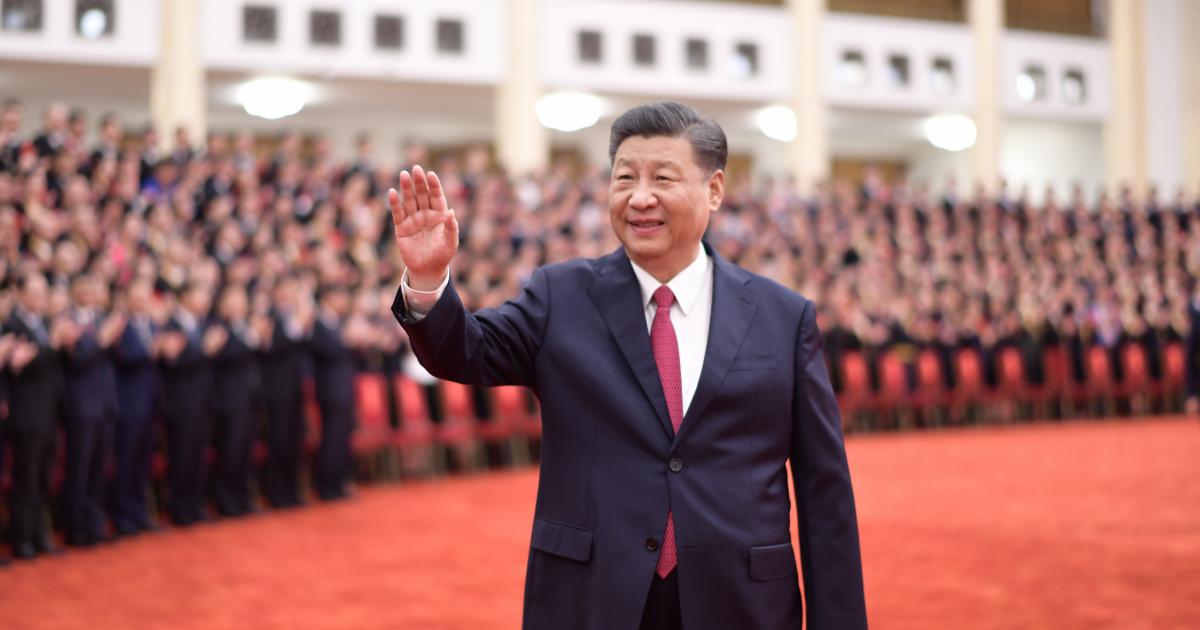 Does the world have the will to stop Xi Jinping?

There is an old Soviet tale about Foreign Minister Andrei Gromyko. At lunchtime, he retired to his office and looked at the world map. The map was centered on the Soviet Union. The old Bolshevik was staring at him as if it were a giant chessboard waiting for Moscow’s next move.

One can imagine similar scenes taking place in Zhongnanhai, with the Chinese president Xi Jinping contemplating a map showing a communist Middle Kingdom as the epicenter of a new world order.

Xi believes he is a revolutionary leader who has the opportunity to join Chairman Mao and Deng Xiaoping in the Chinese pantheon. To do so, he must dethrone the United States as the most powerful nation in the world.

AEI Researcher Dan Blumenthal stresses that the Xi “will no longer hide China’s capabilities” and “will forcefully place China in the spotlight to create an environment conducive to building a great modern socialist country.” Its first step is to reduce and neutralize American influence in the Indo-Pacific region.

>>> The accumulation of bombs in Beijing

It is America’s strategic mission to ensure the freedom of the international commons and to rally itself and the world to oppose any nation or collective nation that threatens this order.

In the old China, people and countries wishing to interact with China had to pay homage to the mandarins. Corporate America fulfills Xi’s new tribute model. Silicon Valley, Wall Street, Coca Cola, Hollywood and the NBA have all paid homage to Beijing, ignoring the monstrous human rights violations committed by China while leading the revival parade at home.

Xi’s foreign policy seeks to extort tribute from China’s neighbors in the Pacific and around the world. Like Mao, the more powerful Xi has become, the more he is willing to take geopolitical risks. During the Cultural Revolution, Mao fought with India, launched border incursions against the Soviet Union and turned on the military supply tap in North Vietnam. Xi launched military operations against India, tried to intimidate Vietnam and the Philippines, threatened Japan with nuclear incineration, and raised rhetorical and economic threats against Western Europe and Australia.

Foreign adventurism and military modernization help Xi distract from major issues at home. The Chinese population is rapid aging. the Communist Party dumped environmental waste over vast areas of the continent. Corruption is rampant, while public morals and ethics have deteriorated. And, as evidenced by the crushing of the democratic movement in Hong Kong, the CCP fears that the Chinese people are increasingly agitated under the growing state repression. As former US Secretary of Defense Robert Gates noted, Chinese leaders have “a mortal fear of their own people.”

Where is America at? Sadly, it didn’t take long for the Biden administration to point out US weakness in the Pacific. It appears the White House is more invigorated by the prospect of dealing with America’s decline than by protecting America’s status as the dominant world power.

The administration sent Defense Secretary Lloyd Austin to Asia to reassure allies haunted by memories of the Obama-era indifference that President Biden is made of different cloth. Yet even as Austin offered these assurances, the administration offered a flat defense budget, insufficient even to maintain purchasing power. The chief of naval operations warned he may have to cut ships in an already overloaded navy just to keep the rest functioning. The incongruity is not lost on the nations seeking to unite with Washington to prevent chinese military domination of the Pacific.

The inability to act decisively means that business continues as usual when it comes to China’s continued theft of intellectual and cyber property. This means a continuous flow of Chinese funding and influence within American universities and research institutes. This means ending the sanctions imposed because of the crackdown on freedom in Hong Kong. It means crippling the US economy in the name of fighting climate change while Beijing laughingly breaks its environmental promises. Perhaps this means silence in the face of the genocide of the Uyghurs. During the first Taiwan Strait Crisis, Ike dispatched the fleet. What happens next time Taiwan is threatened ?

To adjust to the reality of an increasingly belligerent China, we must pivot like Harry Truman did when he broke America’s historic aversion to permanent alliances and formed NATO in 1949. China is surrounded by nations with millennial memories of Chinese aggression and imperialism. . For the past 60 years, China has waged wars with Vietnam and India. These countries, along with longtime allies and partners such as Japan, Australia, Singapore, New Zealand and the Philippines, are ready to work with the United States to protect them from the new mandarins. Strengthening them weakens Beijing.

When the brilliant Soviet Union Navy Chief Sergey Gorshkov extended the Soviet Navy beyond its traditional territorial limits, the United States responded. Operating under a coherent strategy, Ronald Reagan and his Secretary of the Navy, John Lehman, extended the forward presence of a US Navy to nearly 600 ships, forcing the Soviets to recognize that they could not control the seas. We still have a qualitative maritime advantage, but China has 100 shipyards, and we have 10. If we don’t act, the quantity will start to tip the scales. The same goes for air and space.

>>> Do not be fooled by the charm campaign: the Biden administration must hold the line on Huawei

Western opinion is turning against Beijing – the COVID disaster accelerated the trend. China is now on NATO’s agenda. In the Pacific, the focus must be on America, which strengthens the sovereignty of its partners. We must increase air, space and sea operations and make China think of its territorial waters first.

It also means making it easier for our partners to share and obtain the military capabilities they need – breaking down the Cold War safeguards that prevented allies like Japan and Australia from leveraging power and of American technology. There is no reason America cannot extend Boris Johnson’s D-10 formula to add Asian powers to the G-7 and formally anchor Western Europe in the Indo-Pacific. Discouraging China is a global task.

The bottom line is that Xi Jinping is a communist activist. Under his Savile Row costume is a Mao jacket. That he could have deceived so many people in the West says more about us than he does. We still have time to realize the reality of the threat from Beijing, but only if we remove the blinders and face the schoolyard bully. Gromyko’s whole look at the Soviet map brought him nothing; let’s help Xi experience the same disappointment.

Student loans exacerbate the racial inequalities they were invented to solve

At UN, Biden calls for diplomacy, not conflict, but some are skeptical