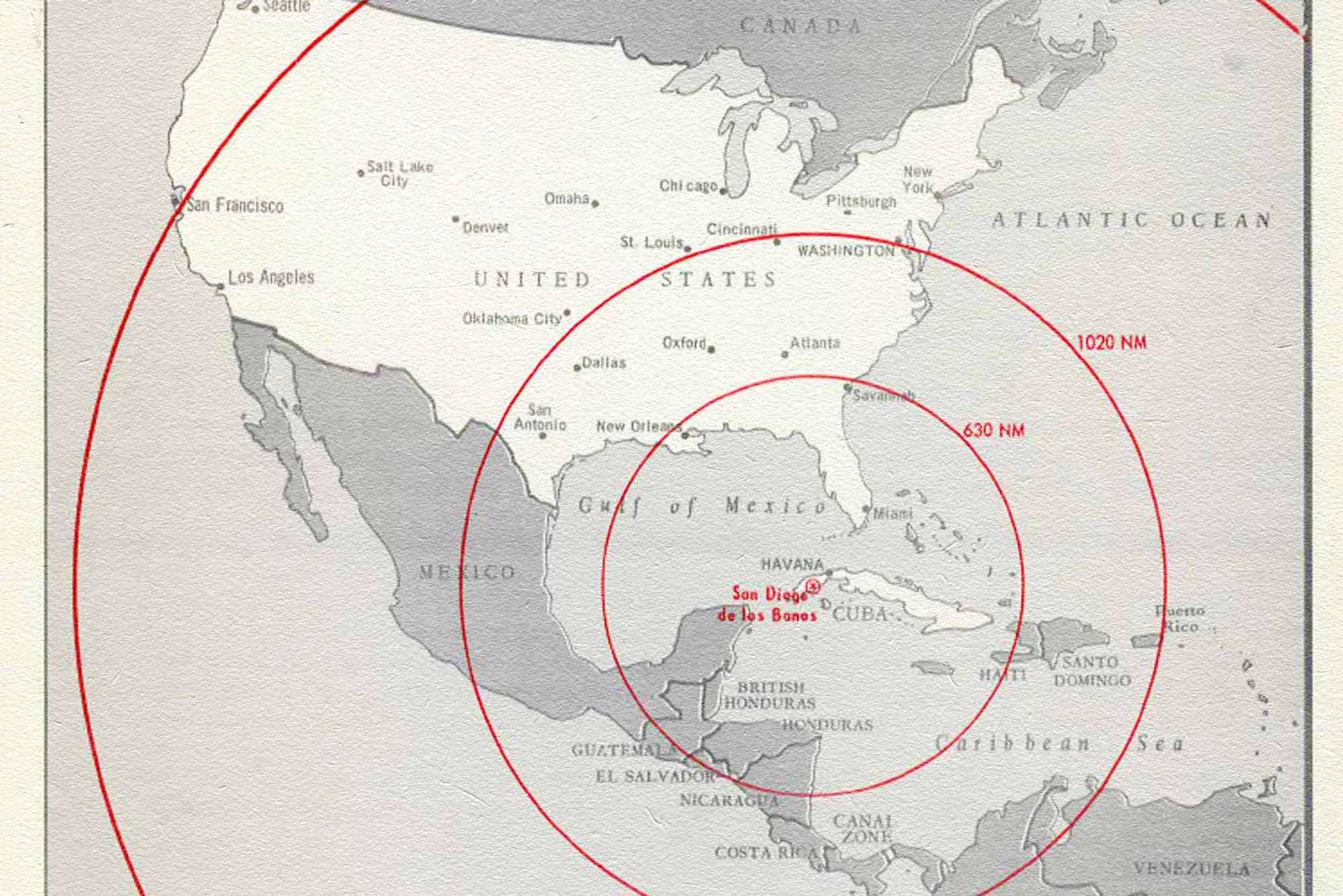 To save face, Khrushchev secretly suggested that the United States pledge not to invade Cuba.

Kennedy had previously spoken out against an invasion, so he was prepared to accept the deal. As his administration prepared to confirm the deal the next morning, Khrushchev publicly announced that the Soviets would withdraw the missiles from Cuba if the United States withdrew its Jupiter missiles from Turkey.

Kennedy surmised that this was a shrewd ploy to bog both sides down in fruitless and protracted negotiations while the Soviet missiles remained in Cuba. Since the United States had already planned to retire the Jupiter missiles because they had become obsolete, Kennedy’s ambassador to Turkey suggested that the United States simply take the issue off the table by secretly assuring the Soviets that the missiles would disappear next year. But the president made it clear that the Soviet missiles had to be withdrawn from Cuba immediately, within two or three days.

As heads of state negotiated, events on the ground escalated.

“The Soviets shot down an American reconnaissance plane over Cuba and killed its pilot,” Zelikow said. “There was a lot of other anti-aircraft fire against American planes, so it looked like the fighting was starting.

Initially, Khrushchev did not know that it was his own forces in Cuba that shot down the U-2 plane.

“There was this real feeling that both sides were starting to lose control of their own forces,” Zelikow said. “There were other incidents that were starting to happen; that Saturday there were close and dangerous encounters involving Soviet submarines, a previously planned missile test over the Pacific that could have been misinterpreted, and an American U-2 accidentally entered the Soviet airspace in Siberia, with fighters from both sides scrambling past the American plane streaking out of there. American fighters carried air-to-air missiles armed with nuclear weapons.

The next morning in Moscow, at a Sunday meeting of the Presidium of the Supreme Soviet meeting on October 28, Khrushchev – who had not yet received the new threats and assurances relayed by Washington – announced to his colleagues that they had to withdraw the missiles.

“In fact, the Soviet leadership was so nervous about it that they decided to go on the radio and announce it right away and not wait to try to communicate this through secret diplomacy” , said Zelikow. “And everyone started heaving a big sigh of relief. This relief was a bit premature, as the details of how to remove the missiles and verify this proved very difficult and took three weeks of very careful negotiations.

“An undeniable silver lining is that the Berlin Crisis has passed and it was the most dangerous crisis of the Cold War,” he said. “Another big positive result was that 2 Kennedy and Khrushchev were both visibly sobered by the experience of having been so close to calamity and made genuine efforts to reduce nuclear tensions, including the successful negotiation of a treaty banning open-air nuclear testing Kennedy gave a remarkable speech at American University trying to offer a vision of enemies working together to at least preserve world peace and reduce this nuclear danger.

“In general, after having been terrified, the world now shares the real feeling that a turning point has been turned and that the superpowers are beginning to be more constructive in managing the nuclear danger and avoiding the fear of destroying the world,” said said Zelikow. “And so, going through the crisis, it’s made the world a lot safer.”

“That,” he added, “could be a glimpse now – this current time of danger should not remain static. It is likely to get worse or less, and a positive outcome could become a turning point towards greater cooperation in dealing with the problems of this century.

A journey through war-torn Ukraine