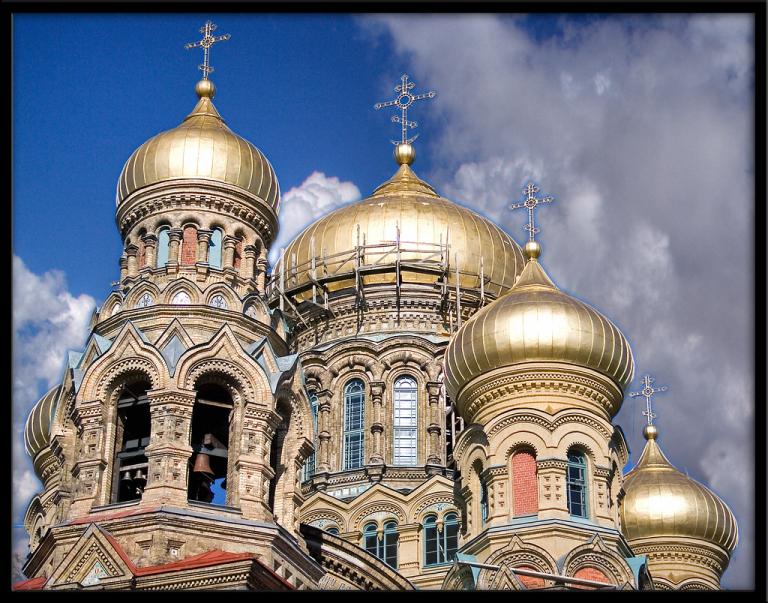 In a polarized America, one would assume that Donald Trump and the Republican Party support Russia just to antagonize the Biden administration. We would be dangerously mistaken.

Indeed, the world is witnessing a new twist on an old tale – the quest to recreate an imperial Christian state, a neo-medieval “Holy Roman Empire” – uniting political, economic and spiritual power into one entity to control the world. terrestrial and terrestrial. celestial destiny of the European peoples.

The dream gripping parts of the West is of a coalition to unify religious conservatives into a sort of supranational neo-Christianity. The theory is to create a partnership between American Evangelicals, traditionalist Catholics in Western countries and Orthodox peoples under the auspices of the Russian Orthodox Church in a common front against three enemies – decadent secularism, a rising China and Islam. – for a glorious revival of moral purity and Christian culture [emphasis added].

The cast of characters in this “morally pure” new world order would be laughable if it weren’t so terrifying: Donald Trump of course, Steve Bannon and Vladimir Putin, plus a few more familiar names in Russia.

What do these (white) men have to do with Christianity? Adding scary quotes might help frame the question.

What have these (white) men got to do with “Christianity”?

Trump’s connection to “Christianity is embodied in his infamous photo op outside St. John’s Episcopal Church: He is the Evangelical constituency minister. He is well suited for the job, as he remarked to Anderson Cooper in 2015:

“Why do I have to repent or ask for forgiveness, if I don’t make a mistake? “I work hard, I am an honorable person.

His fans see God’s favor on him. Pastor Ken Peters of the Patriot Church of Tennessee reflects their sentiments:

“I think [Trump] is a marvel. I think God chose Donald Trump, an imperfect vessel, to be the champion of his people.

(Today, as throughout his presidency, Trump is a big fan of Putin — though many in the GOP are distancing themselves from the Russian leader.)

Diana Bass Butler describes Steve Bannon as “a kind of philosophical apostle in right-wing Christian circles”. In 2014, he was a guest speaker for a far-right organization in the vatican.

Bannon preached, “Putin is defending traditional institutions, and he’s trying to do that in a form of nationalism… We in the Judeo-Christian West really have to watch what he’s talking about. He noted that American conservatives were drawn to Putin’s “message about more traditional values” (during the Trump years, Republican views of Putin became much more positive).

Bannon explained how the suppression of conservatism and God led to the decline of the Judeo-Christian West, allowing the likes of “Islamic fascism” to threaten civilization, adding, “If we don’t unite as partners with others in other countries, then this conflict will only metastasize.

President Putin has carved out a place for himself in “Christianity”.

For years, Putin assumed the role of pious shepherd of the people – making pilgrimages and offering prayers.

In 2015, Putin sent warplanes into Syria, ostensibly to protect Syria’s Christian population – in what the Russian Orthodox Church called a “holy war”. A Russian religious scholar said the move “demonstrates Russia’s importance in the world as a defender of Christians everywhere.”

After Russia invaded Ukraine in 2014, Putin had a one-on-one with the Pope. At that time, an Italian journalist asked Putin,

“Mr. Mr. President, is there one thing that you regret more than anything in your life, that you consider a mistake that you would never want to repeat again?

The Russian President [replied] softly: “I’m going to be quite frank with you. I don’t remember anything like that. By the grace of God, I have nothing to regret in my life.

(Commercial: If you’re wondering about “business as usual” in Christianity – or want to question it – subscribe to my newsletterand we can travel together!)

Why is Putin nice to Ukraine? A one-minute history lesson

When Vladimir the Great (later Saint Vladimir) brought Christianity to the region over a thousand years ago, Kiev was the focal point. A few invasions later, a new rival Russian Orthodox Church, based in Moscow, emerged. The Russian and Ukrainian churches have been at odds ever since.

Putin and the Russian Orthodox Church in Moscow covet Ukraine’s history as a pioneer of Christianity in the region and have worked to make it their own, including erecting a massive statue of Saint Vladimir in front of the Kremlin in 2016.

Moreover, in the nearly thirty years since the fall of Soviet atheism, the Russian state has favored the Orthodox Church by building or restoring 38,000 places of worship, far exceeding the needs of the faithful.

We have to move away from these imperial Russian traditions that have been imposed on us for a long time… We have to engage in enlightenment, explain to people that we have to become better, so that love reigns between us.

Doesn’t love reign inside the Russian Orthodox Church? Apparently not – at least not among his supervisors. What seems to prevail is collusion with the Putin government. As Religion Dispatches reports,

The Russian Orthodox Church has, to say the least, a poor record on political freedom and civil rights. Patriarch Kirill himself said quite infamously in 2016 that “some human rights are heresy”.

The Russian Orthodox Church, including close aides to the Patriarch, were intimately involved in the 2017 law that decriminalized domestic violence in Russia [14,000 Russian women die every year at the hands of their partners]as well as the 2013 law on “gay propaganda” which has been a major force in the state’s persecution of LGBTQ people in Russia.

Additionally, Patriarch Kirill and the Russian Orthodox Church he leads have worked hard to develop close alliances with illiberal forces around the world, including Franklin Graham, Steve Bannon, and the World Congress of Families.

Right Wing Watch has tracked the affinity between Moscow and the American Christian right for years, noting that these “Putin cheerleaders” admire his “traditional values”, his ambition for a “Christian civilization” and “a distinctive combination of homophobia and Islamophobia which has made Putin one of the favorite international personalities of the Christian right.

In recent years, American Christian leaders have praised the Russian president. Franklin Graham called Putin a hero for “taking a stand to protect the children of his country from the harmful effects of any gay and lesbian agenda”; Bryan Fischer of the right-wing American Family Association called him a “lion of Christianity”; Matt Barber of the SPLC-designated hate group Liberty Counsel was impressed that Putin could “outdo our once Christian nation as a Christian”; the president of the conservative Pennsylvania Pastors Network, Sam Rohrer, called Putin the “moral leader of the world”; and Rush Limbaugh praised him for stopping “a frontal assault on what has always been considered normalcy”.

At the end of the line

President Vladimir Putin now seems to be leading the charge towards a new “Christian” internationalism – and America’s powerful “Christian” conservatives love him. This theocratic authoritarianism is anti-progressive and treacherous, to say the least. Putin imagines himself to be God’s chosen one and his efforts to restore “the Church” to its former glory, the work of God.

The enemies of this “Church”, of this “Christianity” include all Muslims, Hindus, Buddhists and animists (read: blacks and browns) and progressives (read: white pagans).

Where is the Christianity of Christ in all of this?

Followers of Jesus who recognize the inherent worth of every human being—and who enjoy the privilege of Western prosperity and agency—must expose the pretense of the Trump-Bannon-Putin version of conservative “Christianity.” The quest for dominance and conformity has nothing to do with God and everything to do with earthly power.

“Christian” tyranny exists on a smaller scale, of course, and we must also speak out against it (starting with our own lives).

“What would Jesus do?” is a great way to start. Let’s channel the Jesus sitting next to the woman caught in sin, the Jesus talking to the thief next to him on the cross, the Jesus of the Beatitudes.

Sometimes it may be appropriate to imitate angry Jesus in the Temple with a whip – but we must venture there only with great caution: Jesus’ anger was directed against the religious authorities of the time, those who did not give priority to prayer, justice, mercy and fidelity. Let’s make sure our priorities are in line before we blame others (lest we become too bossy). Jesus desires that we provide food, clothing, shelter and companionship to those in need, and that we love everyone.

(If you’re energized by challenges to the gospel status quo like this, you’ll enjoy my blog. Sign up for my free newsletter here!)

(If you would like to comment, please skip to my Facebook page. All my posts are there and open to constructive comments! I welcome your thoughts. And don’t forget to subscribe to my newsletter!)

OTHER POSITIONS THAT MAY INTEREST YOU:

Are you smarter than Tucker Carlson? – race and the Supreme Court

The “narrow gate” is not what they said it was

The “formula” for salvation does not work in the real world

“Wait, the Bible says WHAT?” The Faith That Calls Jesus’ Attention