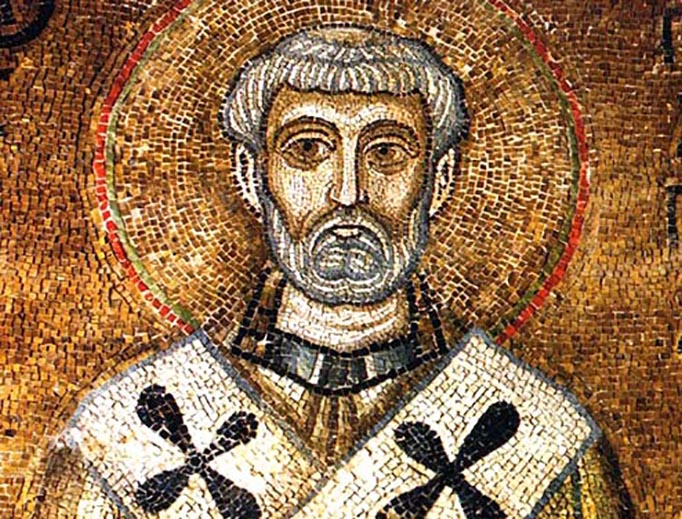 Why would the early Christians in Corinth “obey” a bishop hundreds of miles from Rome?

Pope Saint Clement of Rome wrote in his Letter to the Corinthians (dated circa 96):

â€œYou therefore, who have laid the foundations of this sedition, submit yourselves to the priests and receive correction to repent, bending the knees of your heart. Learn to be submissive, putting aside the proud and arrogant self-confidence of your tongue. For it is better for you that you occupy a humble but honorable place in the flock of Christ, than that, being very high, you should be cast out of the hope of his people.

“If, however, someone should disobey the words spoken by Him through us, let them know that they will involve themselves in transgression and in grave danger …

“Joy and gladness will give us, if you become obeying the words written by us and by the Holy Spirit uproot the lawless anger from your jealousy according to the intercession we have made for peace and unity in this letter.

Catholics would respectfully ask Protestants or Orthodox: why does Clement speak authoritatively from Rome, settling disputes over other Regions? Why did the Corinthians solve it themselves, if they have a proclaimed bishop or even if they did not claim one at the time? Why do they appeal to the Bishop of Rome? These are questions which I think need to be seriously considered.

Clement definitely asserts his authority over the Corinthian church in the distance. Again, the question is: why? What meaning does this have in a Protestant-type ecclesiology where each region is autonomous and where there is no hierarchical authority in the Christian Church? Why do they have to â€œobeyâ€ the bishop from another region? Not only does ClÃ©ment claim a strong authority – he also claims that Jesus and the Holy Spirit speak “through” him.

This is extraordinary, and very similar to what we see in the Council of Jerusalem in Acts 15:28 (“For it seemed good to the Holy Spirit and to us not to place a greater burden upon you than these things. necessary â€) and in the scriptures. himself. It is not strictly inspiration but it is certainly something akin to infallibility (divine protection against error and the pope as the sole representative of God).

â€œClement, as the spokesperson for all the People of God … urges the Church of Corinth in a serious, authoritarian and fraternal tone to correct the internal abuses of their ecclesiastical community. He censors, exhorts, warns, pleads … The use of the expression refer in the statement: Send us back our messengers quickly (1 Clement 65,1), is not only a particular type of biblical sentence but also a form of the Roman imperial command. The Roman judge of a province of the empire returned a messenger or a package of documents to the imperial capital or the emperor’s court (Acts 25:21). Clement of Rome was probably also familiar with this administrative terminology of the imperial government and used it effectively.

â€œIt is also interesting to note that ClÃ©ment is involved in this situation. It is clear from the beginning of the letter, in which he apologizes for having “delayed drawing our attention to the points on which you have consulted us”, that it was in fact the Corinthians who extended their hand. to Clement and to the Church of Rome. This is not an indiscreet Roman bishop, but a Greek church reaching out to the Roman bishop to settle a strictly internal dispute.

â€œConsider also receiving the letter from Saint Clement. If the early Church were Protestant, we might expect her to pay little attention to Saint Clement, treating him simply as another clergyman or as a threat to the apostolic order …

â€œThe mere fact that there was a question on this point tells us something about how members of the Church beyond Rome viewed the bishops of Rome after St. Peter. …

â€œWhat makes Pope Clement’s involvement in the Corinthian dispute more shocking is that it occurred around AD 96, while the apostle John is still alive. In a colorful 1914 anti-Catholic sermon, Pastor George Rutledge proclaimed to a crowd of about 1,500 people that Catholic claims to the papacy could not be true because “the apostle John lived many years after the death of Peter â€. Yet Rome declares that a man named Linus was made pope while an apostle was alive!

â€œRutledge argued that since the apostles are the highest order in the Church (1 Cor. 12:28), Saint John would haveâ€œ had a just grievance and could have bankrupted the whole business â€ . Yet the letter of Saint Clement is proof that the successors of Saint Peter played a central role in the governance of the early Church, even during the lifetime of the apostle John – and that John, as far as it is recorded , did not oppose it.

Why do Christians of Corinth must obey Rome in the first place ? Who determined this implement? Why is it even They think of writing to a distant local church to sort out their problems, and why does Clement suppose they should obey him, and that it would be a “transgression and grave danger” if they did not?