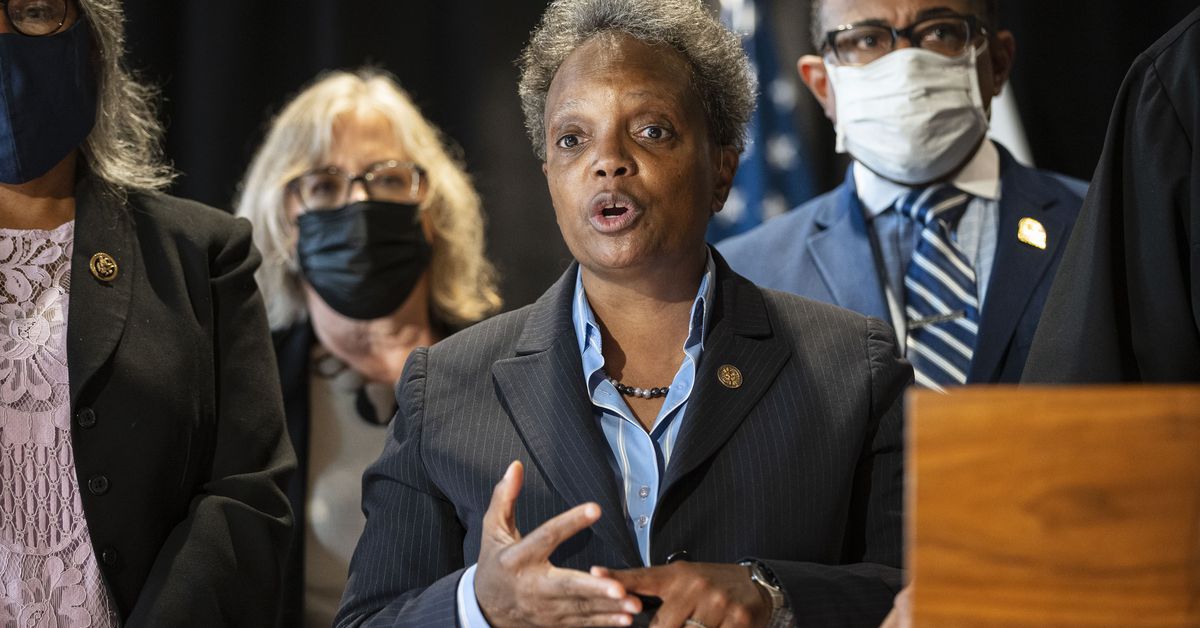 Before the coronavirus pandemic, economists and politicians of all stripes celebrated the economy. They boasted of historically low unemployment, low inflation and a booming stock market.

But in plain sight, there was an economy where only 4 in 10 Americans had $ 400 in the bank for an emergency. Most lived paycheck to paycheck. In addition, the cost of housing, child care and student loan debt was crippling young and old alike.

In other words, we had an economy in which the poor were getting poorer, reminiscent of America’s golden age.

Then came the virus and federal policymakers did something profound. Instead of calls for austerity and talks on personal responsibility, they gave people money.

For example, most Americans received three rounds of stimulus payments. Then, in July, most households with children began receiving between $ 250 and $ 300 per month of an expanded child tax credit. In addition, policymakers have increased food stamps, imposed a moratorium on evictions and sent billions in forgivable loans to small businesses.

And then something remarkable happened. In the midst of a devastating pandemic, poverty has declined.

Seizing this moment, many elected officials sought to make the Child Tax Credit permanent, while others worked to build the movement for a guaranteed income to be built into America’s social safety net. In doing so, these leaders challenged deeply held beliefs about cash assistance.

Here in Chicago, we face a historic opportunity to scale up locally what federal policymakers have initiated. In a city bludgeoned by a long history of systemic racism and divestment, the contrast between a thriving economy and crippling poverty is particularly stark. Although Chicago is ranked among the richest cities in the world, over 39% of its people qualify as low income. Although the city is home to more Fortune 500 corporate headquarters than almost any other American city, one in four children live in poverty.

This is why Mayor Lori Lightfoot’s guaranteed income pilot program, which she unveiled in her 2022 budget proposal, is so critical. Building on the foundation laid by the 2019 Chicago Resilient Families Task Force – the first city-led task force in the country to make a guaranteed income recommendation – and on Ald’s great work . Gilbert Villegas (36th), Ald. Maria Hadden (49th) and Ald. Sophia King (4th), the pilot would give 5,000 low-income households $ 500 per month for one year with no strings attached.

The impact of this proposal could be transformative. Research other guaranteed income programs in Stockton, California; Jackson, Mississippi; and rural areas of western North Carolina demonstrate the immense positive results on families who receive cash transfers. Recipients can meet basic needs and invest in their families’ future, and they report more hope and optimism for their lives.

But perhaps an even more remarkable outcome of the proposed pilot project would be for Chicago to help lead a broader national conversation.

We need a social safety net that prepares people for success instead of doing the bare minimum. We must do away with the means tests that penalize people for failing economic policies. In short, our policies are broken, not the people. The time couldn’t be more ripe for Chicago to rule America’s cities with such a narrative.

We have the opportunity to show the best of Chicago and remind America of the best parts of our country. We can simultaneously reach high with one hand and descend with the other. We can dig beyond the superficial myths that singular individuals bring success to the greater truth that we are all co-owners of our collective prosperity.

We can both produce great wealth and recognize that poverty is a political choice, and we can end poverty with more humane policies. For the city of Big Shoulders and No Little Plans, what better place to lead this path than Chicago?

We call on city council to adopt the Mayor’s Guaranteed Income Pilot Program and adopt the 2022 budget.

Ameya Pawar served two terms on Chicago City Council and co-chaired the Chicago Resilient Families Task Force. He is a member of the Open Society Foundations and the Economic Security Project and senior advisor to the Academy Group. Brian C. Johnson is the CEO of Equality Illinois and the author of “Our Fair Share: How One Small Change Can Create a More Equitable American Economy”.