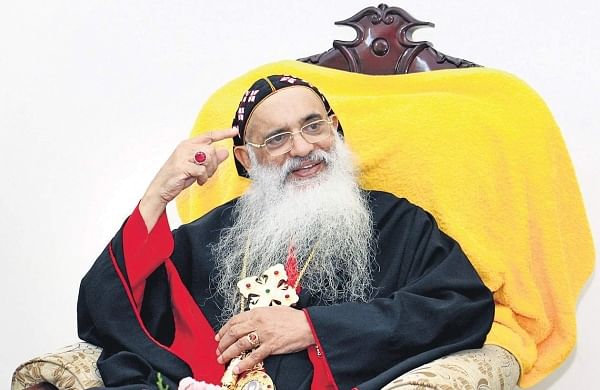 According to the medical bulletin, the Catholicos died at 2:35 a.m., he had been in extremely critical condition since Sunday morning.

â€œEven with very high external oxygen support through mechanical ventilation, oxygen saturation in the blood could not be maintained. His Holiness had suffered from lung cancer since December 2019 for which he was receiving treatment at St Gregorios International Cancer Care Center, Parumala. He recovered from the Covid-19 infection in February, post-Covid pulmonary complications worsened the state of health, “the hospital’s medical director said in a statement.

Through the Church’s crucial and difficult journeys, he has stood strong and led his flock, unflinchingly defending his ideals, despite many health problems, and amid the latent tensions with the Jacobite faction of the Church.

According to ecclesiastical authorities, the mortal remains of Metropolitan Baselious Marthoma Paulose II would be kept at the Church of Parumala to pay homage to him until 7 p.m.

Later, the body will be brought to the Catholicate Aramana – MOSC headquarters in Devalokam, Kottayam at 9 p.m. His funeral will be in Devalokam on Tuesday at 5 p.m.

A charismatic personality who steadfastly defended his faith and beliefs throughout his life, the Bishop was an example of patience and courage. Despite many health problems, he led the course of the Church amid many crises, especially latent tensions with the Jacobite Church.

As the Supreme Court ruled in favor of the Orthodox, the protests and criticism the Church faced in its wake were of unprecedented magnitude.

He was enthroned as the eighth Catholicos of the East and of the Church of Malankara, in November 2010, after the abdication of Baselios Marthoma Didymus I.

Born August 30, 1946 in a village called Mangad near Kunnamkulam in Thrissur District of the late Kollannur Iype and the late Pulikkottil Kunjeetty and named KI Paul, Metropolitan Paulose II was ordained a priest in 1973.

At the age of 36, the Malankara Syrian Christian Association elevated Father Paul to the rank of bishop. On May 15, 1985, he was consecrated as Episcopa (bishop) with the new name Paulose Mar Milithios. Subsequently, he was appointed First Metropolitan of the new Kunnamkulam Diocese on August 1, 1985.

Metropolitan Baselious Mar Paulose II, in his short period as Catholicos, gave importance to bilateral relations with other Churches and his philanthropic interests gave new dimensions to the life of the Church.

According to Father Johns Abraham Konat, spokesperson for MOSC, all arrangements for the Church Parliament to be held on October 14 of this year have been made by the Catholicos.

Previously, it had been decided that if he was unable to chair the meeting due to ill health, Chief Metropolitan Kuriakose Mar Clemis would review the proceedings in accordance with an order of July 3.