Two curiously shaped “ophidian carved stones” discovered in present-day Ukraine were made by stone age sculptors. The artifacts resemble the heads of a “sharp-eyed” snake, according to the team of archaeologists who have studied ancient and rare serpentine rock art.

The scientists’ study was published online this week in the journal antiquity. Senior researcher Nadiia Kotova, an archaeologist in the Eneolithic and Bronze Age Department of the Institute of Archeology of the National Academy of Sciences (NAS) of Ukraine, claimed that the carved snakes “might have a ritual purpose “and she thinks they were” probably used during ceremonies. ”

The two serpent stones have been dated to the “Mesolithic”, “Middle Stone Age”, which occurred between the Paleolithic and the later Neolithic. They were originally discovered in 2016 near the famous ‘Kamyana Mohyla’ stone mound, at an archaeological site of the same name, near the city of Terpinnya in Ukraine on the steppe of the northwestern Azov Sea region.

The two rare stones were found among “ancient bones and flint from the same period” but “these two were quite odd in shape, so we decided to take a closer look,” Kotova told Live Science in a report. -mail. The older of the two figurines was recovered from an “open fireplace, near piles of shells and flint tools” and by testing “the organic matter of the fireplace”, the researchers were able to “radiocarbon date the serpent’s head in yellow sandstone between 8300 BC. 7500 BC ”

According to the research paper, the oldest snakehead is described as measuring “5 inches by 3 inches” (13 by 6.8 centimeters) and weighing nearly 3 pounds. (1215 grams). It is a “flat-bottomed triangular shape”, with “two rhombic eyes” engraved on the top surface next to “two buttons” and “a wide, long line represents a mouth”. 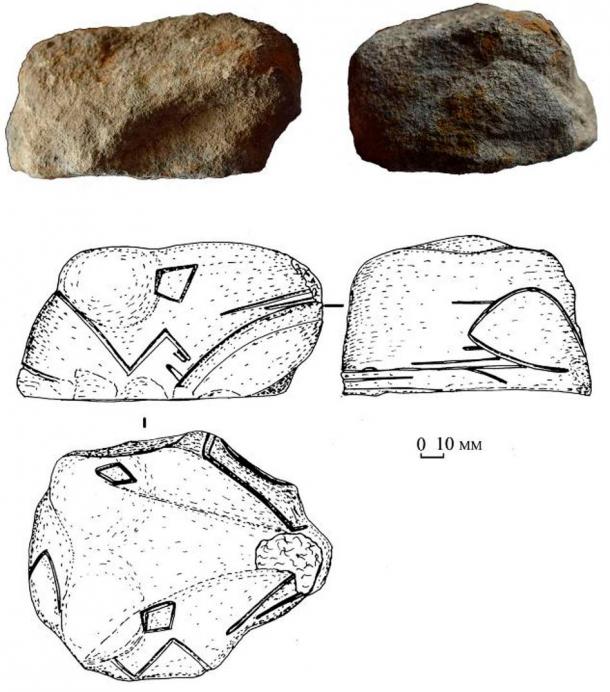 Dating from around 7400 BC. The article describes the younger of the two stones as measuring “3 inches by 2 inches (8.5 by 5.8 cm) weighing just under 1 pound (428 grams)” with a “shape. flattened round “and a so-called” neck “and” Two deep traces, probably the eyes of the creature “and” There is also a kind of nose “, according to Kotova.

Archaeologists do not know much about the people who made these sculptures, but it is known that “they made tools from stones, flint and bone and hunted with bows and arrows made of flint”, Kotova said. “It was the hunter-gatherer society. Unfortunately, we don’t know much about their cultural traditions yet. 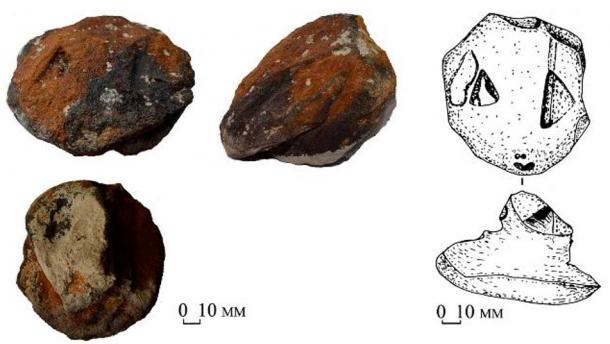 Rough research into the surrounding landscapes in which the two serpentine stones were found reveals a long line of people who held the serpent and the dragon in high esteem.

The snake stones were discovered near the “Kamyana Mohyla” mound, which literally means “stone tomb”. This stone tomb was once located on an island in the valley of the Molochna River (River of Milk) and is a monument to the religious beliefs of the ancient hunters and herders of this steppe area of ​​south-eastern Europe, used for burials since the 20th century BC. According to National Geographic, blocks of sandstone up to 12 meters (39.37 feet) high cover an area of ​​about 3 square kilometers (1.16 square miles). In 1889, Russian archaeologist Nikolay Veselovsky explored the site, but as soon as he determined that it was a burial mound, excavations ended. 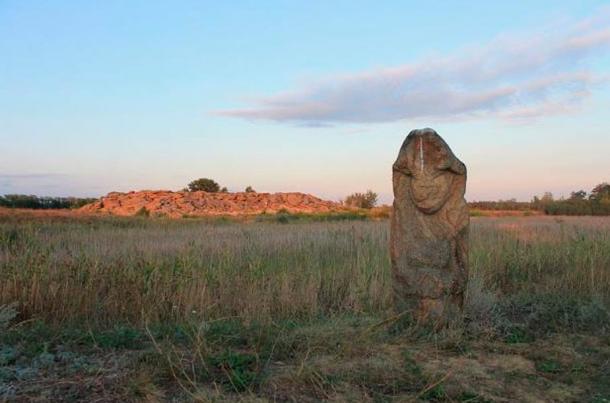 Kamyana Mohyla is an archaeological site in the valley of the Molochna River, about a mile from the village of Terpinnya, in Zaporizhia oblast, Ukraine. (Denis Vitchenko / CC BY SA 3.0)

In the 1930s, a team of Melitopol scholars led by Valentin Danylenko discovered 30 caves with petroglyph inscriptions dated to the 20th century BC. The site was designated an archaeological reserve in 1954.

And returning to the snakes, built between the 2nd century BC. ). 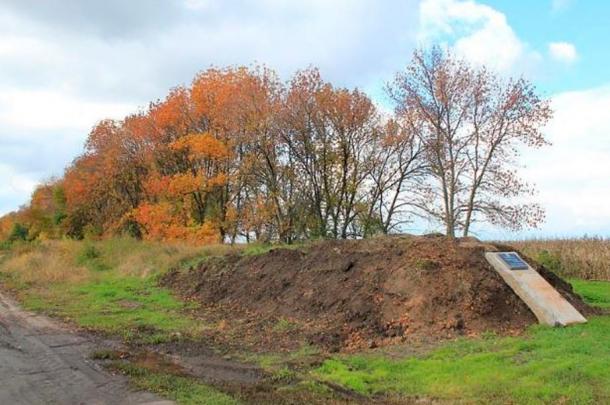 According to an article in Global Security, although their “date of construction is much debated” in Slavic culture, the warrior nomads were often associated with the winged dragon (Zmey), hence the name of the ramparts. According to local legends, the walls were linked to the folk hero Nikita Kožemjaka, the tanner and preparer of skins. But archaeologists hold three main theories as to their author: “either the Sarmatians against the Scythians, or the Goths of Oium against the Huns, or the Slavs of the East against the nomads of the steppes of the south”.

The carved serpent stones featured in the new document are therefore among the earliest depictions of snakes in a culture that over time would come to worship them in vast architectural structures spanning their entire landscape.

The geopolitics of the New Independent Church of Ukraine