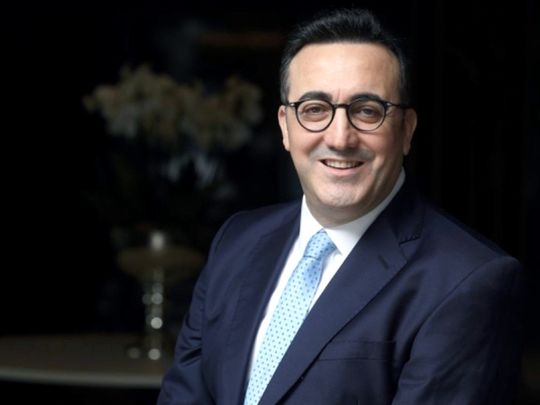 Dubai: Tata Sons’ decision to tap former Turkish Airlines chairman Ilker Ayci for the post of CEO of Air India is a calculated move to transform the airline into a world-class airline and make New Delhi a major aviation hub, industry experts said.

Those familiar with Ayci’s past know that hiring the Turkish air force veteran is a no-brainer.

“He ran a pretty big airline and dealt with unions because Turkish Airlines is heavily unionized,” said Vinamra Longani, operations manager at Sarin & Co, a law firm specializing in leasing and financing. planes.

“He worked in the insurance industry and has a background in finance. In India, where the aviation industry is highly regulated, dealing with the government is an integral part of every senior airline executive,” Longani said.

Ayci, who was the chairman of Turkish Airlines until last month, has worked closely with the government there. In 1994, Ayci was also an adviser to Turkish President Recep Tayyip Erdogan, then mayor of Istanbul.

“These skills will definitely help him and the idea is to make Air India a world-class airline that has its hubs from Delhi and is not limited to the region,” Longani said.

Born in Istanbul in 1971, Ayci was an alumnus of the country’s first private university, Bilkent University in Ankara. He graduated from the Department of Political Science and Public Administration and is fluent in Turkish, English and Russian.

After a research stay in political science at the University of Leeds in the United Kingdom, he completed his Master’s degree in international relations at Marmara University in Istanbul.

He held several positions within the Istanbul Metropolitan Municipality.

Ayci has also served as CEO of several insurance companies.

In January 2011, he took over the chairmanship of the Investment Support and Promotion Agency of the Prime Ministry of Turkey.

In 2013, he was appointed vice-chairman of the World Association of Investment Promotion Agencies of which he later became president and served until 2015.

Ayci was named chairman of Turkish Airlines in 2015 and the following year described his company as “one of the most profitable airlines in the world” over the previous decade.

The pandemic plunged the airline into losses of $836 million in 2020, but it returned to profit in the first nine months of 2021, with analysts attributing a focus on freight and lower airline costs. employees, reports AFP.

In a CEOWorld Magazine column last year, Ayci said his airline had achieved “what most other airlines couldn’t” by cutting costs and capital expenditures during the pandemic.

Air India will keep its employees for a year

Ayci will be under pressure to deliver quick results after taking office in April. Air India, which would lose more than 2 million dollars every day, will have to improve its offers and reduce its operations. Tata has agreed to keep Air India employees for a year, meaning the new management will have to focus on other areas to cut spending.

“When it comes to quick returns, they’re already trying to focus on improved meal service – there’s a renewed focus on punctuality,” Longani said. “They make sure the basics are taken care of.”

The global approach of the Tata brand

Although Tata has faced criticism in India for its choice of CEO, the move once again highlights the company’s international approach to running its businesses.

The conglomerate operates its full-service domestic carrier – Vistara – in partnership with Singapore Airlines, considered one of the best carriers in the world. Tata acquired Jaguar Land Rover from Ford in 2008; since then, the British luxury brand has doubled its sales and opened new factories.

“Air India is no longer synonymous with India, it is owned by Tatas and they are a global brand,” said Mark Martin, CEO of Martin Consulting, an aviation consultancy.

Ayci’s appointment has led some to speculate that Air India may aim to turn Istanbul from one of the world’s busiest airports into a regional hub.

“I think it is a well thought out strategy. Can we read there that Istanbul Airport will be another big hub for Air India in the future?” an airport official said on LinkedIn. In addition, the price of fuel could be another factor in making Istanbul another hub for transatlantic flights.”

But the current geopolitical situation makes such a partnership difficult.

“He was recruited purely for his expertise,” Longani said.

Challenge of transforming Air India into a long-haul carrier

Fixing the balance sheet is one thing, but turning the airline into a formidable long-haul carrier would be another challenge.

Industry analysts have said Air India will aim to reclaim routes to Africa and Southeast Asia which are currently dominated by Gulf carriers. “We will see the new Air India take on carriers in the Middle East – in the past the airline had a mega passenger network and that will come back,” Martin said.

– with contributions from AFP and IANS