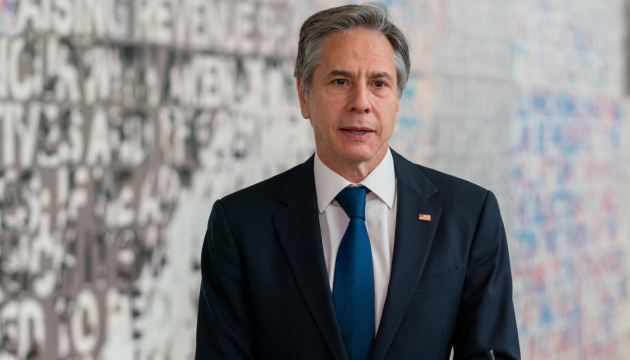 The United States is committed to taking action so that the Babyn Yar tragedy is not repeated.

â€œSo on this anniversary, we honor the memory of all who are lost in Babyn Yar, we recommit ourselves to ensuring that their full story is told and we pledge to act, every day, so that history does not repeat itself, â€said US Secretary of State Antony Blinken. said on the occasion of the Babyn Yar commemoration, an Ukrinform correspondent reported.

In his speech, Blinken noted that for much of the past eight decades, the world had not remembered what happened in Babyn Yar.

The US Secretary of State mentioned his father-in-law, a Jew born in Poland. Blinken said he had joined a small delegation of Americans for a series of informal talks with leaders of the Soviet Union and that the remarks from much of the Soviet delegation had been hostile and full of anti-Semitism. Then Blinken’s stepfather offered to visit Babyn Yar.

â€œHe knew that one of the most powerful ways to overcome hate is to show people where it leads – its human consequences. He made these delegates understand that he could just as easily have been one of the people buried in that ravine. Or one of the six million, â€the diplomat said.

As reported, the Presidents of Ukraine, Israel and Germany, along with other foreign guests, attended commemorative events dedicated to the 80th anniversary of the tragedy on the territory of the National Historical Memorial Preserve Babyn Yar October 6.

During World War II, the German occupation forces used the Babyn Yar tract in the northwestern part of Kiev as a site of mass executions of civilians, mostly Jews. On September 29, 1941, by order of the occupation administration, the entire Jewish population was compelled to report to Babyn Yar. People were escorted in groups through the checkpoint, after which they were led to the edge of the ravine and shot dead. On September 29 and 30, 33,771 people were killed. The massacres in the tract lasted until the occupiers left the city. According to official data, around 100,000 people were shot dead there.