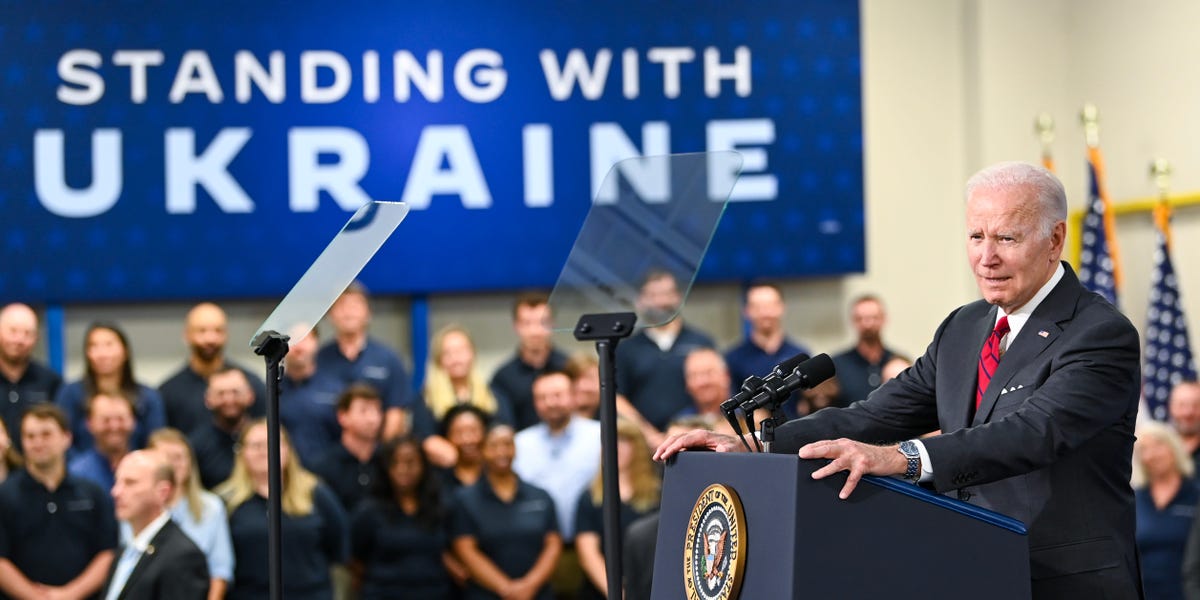 Biden last week asked Congress to change the Immigration and Nationality Act so that Russian professionals with master’s or doctorate degrees in science, technology, engineering or math can apply for a work visa without needing to be sponsored by a U.S. employer, according to the application document.

The change would also require the Department of Homeland Security to “expedite the review of such requests,” he said.

The relaxed regulations will not last forever: the amendment will be terminated four years after its promulgation.

However, at least in the short term, it would “help the United States attract and retain Russian STEM talent and undermine Russia’s potential for innovation, to the benefit of U.S. national security,” the document says.

A White House official told CNN that the administration hopes the move will begin to “deprive Putin of his best innovators and his best minds” by giving Russian scientists a “clear path” to the United States.

“We believe this will advance our own national security and strengthen our economy by adding highly skilled people to our workforce, and it will also weaken Russia’s innovation base while simultaneously strengthening our own,” the official said, according to CNN.

In principle, Biden’s proposal is similar to the Soviet Scientists Immigration Act of 1992, which enabled up to 750 engineers and scientists from the Baltic States and the former Soviet Union to live in the United States with their families as employment-based immigrants.

The law, passed following the collapse of the Soviet Union, applied to those working in “nuclear, chemical, biological or other high-tech defense projects”. Biden’s proposed plan outlines a broader range of eligible science areas, including cybersecurity, edge computing, artificial intelligence and space technologies.

If passed, the amendments could deal a further blow to Russia, which is already facing international sanctions and widespread withdrawal by Western companies.

Thousands of Russians have left the country since the start of the war in Ukraine, The Telegraph reported in March. And at least two million people have left Russia since Putin came to power 20 years ago, accelerating the country’s ‘brain drain’ for decades, according to a report by The Atlantic Council.

“Educated people don’t like to live in a dictatorship with censorship and other limitations on basic human rights, and that leads to a brain drain,” said Oleg Itskhoki, an economics professor at the University of California at Los Angeles, to Jason Lalljee of Insider in March.