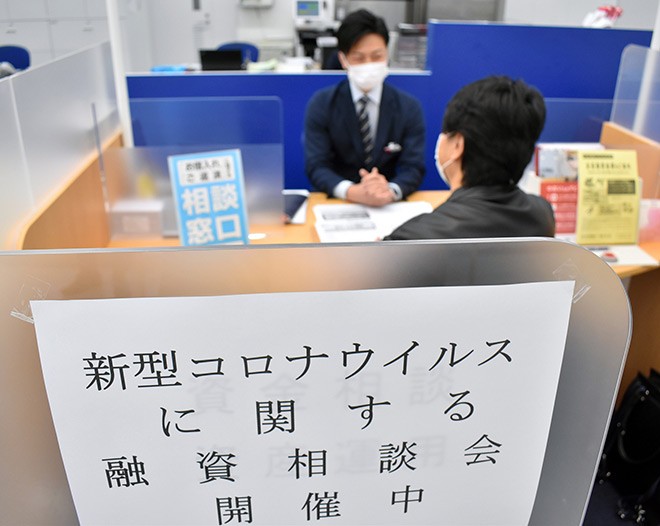 A recent increase in bankruptcies caused by the prolonged COVID-19 pandemic has raised concerns about widespread defaults on government-guaranteed “zero-zero loans” extended to help businesses get through the health crisis.

The now-ended loan program began in March 2020, and around 42 trillion yen ($288 billion) had been provided through about 2.34 million loans as of the end of June, according to the Small and Medium Enterprise Agency.

Repayments are scheduled to start next spring.

Under the program, financial institutions provided the zero-zero loans with no collateral to small and medium-sized companies whose sales decreased during the pandemic.

The central and prefectural governments cover the interest on the loans for three years and public institutions act as guarantors if the companies fail to repay.

Government-affiliated financial institutions ended their participation in the program at the end of September this year.

The government budgeted around 1.8 trillion yen to be paid as interest to the financial institutions, and about 400 billion yen of that amount was disbursed by the end of March.

The financial support helped to keep the number of bankruptcies in Japan at an extremely low level.

Research company Teikoku Databank Ltd. said the number of corporate bankruptcies with debts of 10 million yen or more in fiscal 2021 fell below 6,000 for the first time in about half a century.

The bankruptcy figure, however, has been rising since spring this year as higher prices for fuel, materials and products and the weak yen have further affected companies.

In August, 493 companies went bankrupt, up by 44 from the same month last year. It marked the fourth consecutive month of year-on-year increases.

Among companies that borrowed zero-zero loans, 253 went under from January to August, 1.5 times the 166 bankruptcies over all of 2021.

According to the loan-guarantee institutions, they covered 26.6 billion yen in lending, including zero-zero loans, in August, 26 percent higher than in the same month last year. It was the 12th straight month for the figure to rise year on year.

If the guarantee institutions are unable to recover the money, part of the loss will be covered by public funds.

(This article was written by Ryuhei Tsutsui and Takumi Wakai.)