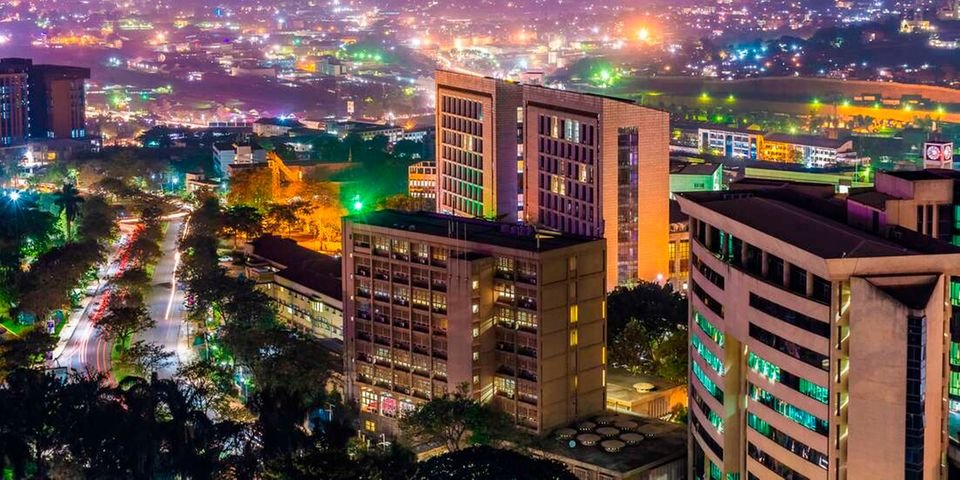 Last weekend, St Gabriels, the Eritrean Orthodox Cathedral in Uganda, was commissioned in Kansanga, a well-spoken suburb of the capital Kampala. It’s a big building.

Speaking at the event, Eritrea’s Ambassador to Uganda,

Mr. Mohammed Sulieman Ahmed, said, “Eritreans came to Uganda in 2006, you don’t see this kind of church in the rest of Africa, it’s very unique. Wherever Eritreans go, the first thing they do is build a cathedral. We have in Juba, Kenya, Sudan, Tanzania, USA and Europe. The church is a gathering place for all Eritreans around the world.

Eritreans and Ethiopians are unique among Africans in this religious sense; wherever they gather, they quickly build an Orthodox church, which is the dominant dominant church in both churches. The rest of the Africans usually have a sharp one among setting up their own thing, with him as their pastor. Usually a prosperity gospel affair, they oscillate between shaking their flock with a spirituality that honors the home in a fleeting way and the miracles of the Lord.

In this sense, contemporary Eritreans and Ethiopians are akin to European missionaries who landed in Africa in the 19th century and, of course, to Muslims.

Moreover, the Eritrean and Ethiopian Orthodox churches, as the Ambassador to Uganda said, have a secular purpose; a meeting place.

It is as a “meeting place” that the churches reveal a fascinating development in the Eritrean and Ethiopian nations outside its geographical boundaries. Both nations from the Horn of Africa, their fortunes almost mirror that of its restless neighbor Somalia.

Perhaps there are no other African people today who have reshaped other African countries, or entire sectors within them, like the Eritreans, Ethiopians and Somalis.

Until about 28 years ago, the suburb of Kansanga where the St. Gabriels is located was a melting pot of African peoples but was dominated by South Africans. This followed the relocation of the then African National Congress (ANC), South Africa’s liberation movement, particularly its armed wing uMkhonto we Sizwe, to Uganda from Mozambique and Angola in the later years of apartheid.

Eritreans began arriving earlier than the ambassador said, mostly during the Ethiopian-Eritrean war of 1998-2000. They eventually took over part of the place and Ethiopians also arrived. Today it looks like little Asmara or Addis Ababa. The two simultaneous deadly bomb attacks by Somali extremist group Al-Shabaab in Kampala on July 12, 2010, the last night of the World Cup, hit an Ethiopian restaurant and a rugby club. The Ethiopian restaurant was down the street in nearby Kabalagala.

However, it is in South Sudan that the Eritrean footprint in East Africa is perhaps most striking. They are ubiquitous in the construction and hospitality industry, as well as in commerce – just like the Somalis in Kenya.

In Uganda, they are fleeing with the real estate sector, and the second generation, the children of the late 20th century Eritrean arrivals have become remarkably Ugandan.

In countries with a Somali national population, such as in Kenya (which also shares Ethiopian nationalities on its border), and more marginally in Uganda where a notable population was formed at the beginning of the 18th century in, among others, the northern part east of the country where the Karamojong are (it was the cattle, stupid) the combination of the diasporic and refugee Somali population, has been like an economic accelerator.

This “horn of Africanization” of East – and Southern – Africa and the spread of the broad Orthodox church, unlike the Christian variety, did not come from the hands of crusaders and civilizing missionaries. Almost everyone in the Horn of Africa was fleeing conflict and certain death and they arrived with little but shirts and blouses on their backs.

This arrival as weak and downtrodden “missionaries”, who had no imperial power with gunboats moored offshore, or without sacks full of cash to oust local capital, helped gain early entry as there was no defensive wall erected by ‘natives’. However, the success of the last days has often sparked xenophobic resentment and resistance. This will not prevent revolution, however.

More importantly, however, this background also meant that this horn of Africanization had come with a salt-of-the-earth quality. With entrenched cultures that were never scuttled by European colonial occupation or submerged by it (how much of Italy is in Somalia?), it got us to where we are today; an African people, taking root in another part of Africa, with their religion, food, clothing, music, intermingling in interesting ways with the host culture.

If you asked me what urban African society (which will be most of Africa) will look like in 2100, I would say look at Eastleigh, Hurlingham or Nairobi West, or Kansanga in Kampala. Elsewhere, it will suffice to cross out the Eritreans or the Ethiopians, and to write in Kenyans, Congolese, Nigerians, Ugandans…