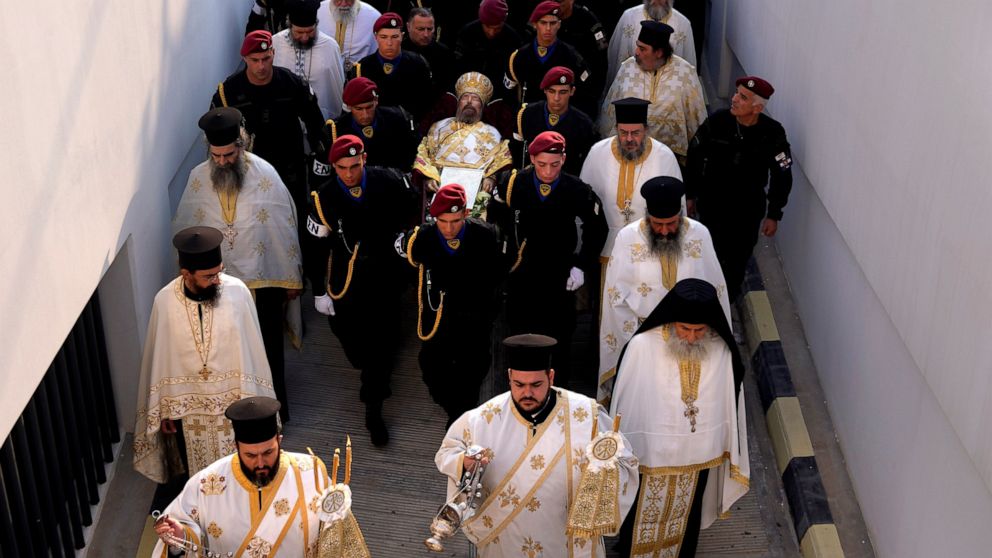 Nicosia, Cyprus — Chrysostomos II, the head of the Orthodox Church of Cyprus, was laid to rest on Saturday in a ceremony reflecting centuries of church tradition, hailed as his church’s greatest reformer and an outspoken fighter for his people.

The spiritual leader of the world’s 300 million Orthodox, Istanbul-based Patriarch Bartholomew, was dressed in resplendent Byzantine vestments to preside over the funeral at St. Barnabas’ Cathedral on the grounds of the church’s headquarters in Nicosia, the capital.

“Your name will always be held in the greatest respect in our memory and in the history of the whole Church and of our people,” an emotional Patriarch Bartholomew said. “All you have done will be eternally remembered before God and mankind.”

Chrysostomos died Monday at 81 after a four-year battle with bowel and liver cancer. His body has been in condition since Thursday. He was buried in a specially designed crypt in the cathedral he commissioned, which will be the final resting place of all future archbishops after the remains of their predecessors are transferred to an ossuary.

One of the most active archbishops in recent memory, Chrysostomos enacted a series of reforms, including restoring the decision-making independence of the Church after eight centuries by strengthening the Holy Synod with the ordination of new bishops and the redaction of a new constitution.

In his eulogy, the overseer of the church of Paphos, Bishop Georgios, hailed Chrysostomos as the “greatest reformer” and a tireless defender of the rights and aspirations of his people.

“He left behind a body of work before which time itself will bow, and he taught us that humans justify their fleeting passage through this world by striving for the common good,” Georgios said.

The late church leader has often been criticized for speaking his mind on everything from the complex politics of the ethnically divided country to state finances. But Chrysostomos has earned everyone’s respect for his unassuming work to help those most in need.

Cypriot President Nicos Anastasiades hailed Chrysostomos as a “tireless leader” whose service elevated him to “an internationally acclaimed spiritual personality”.

“I had the honor of knowing a hierarch who did not hesitate to express his opinion directly, no matter if it would displease his interlocutor or even a part of society,” Anastasiades said.

Among those present at the funeral were Greek President Katerina Sakellaropoulou and Archbishop of Athens Ieronymos II. In a message read by a Vatican emissary, Pope Francis who visited Cyprus a year ago highlighted Chrysostomos’ efforts to bridge the chasm between the Catholic and Orthodox churches.

Earlier this week. The American President Joe Biden called Chrysostomos “a dedicated leader who has never hesitated to speak out on behalf of Cyprus’ most vulnerable communities” and who is committed to peacefully resolving the island’s ethnic divide.

The successor of Chrysostomos will be chosen from a election process that begins when the Church’s highest decision-making body, the Holy Synod, meets next week. Church leaders in Cyprus are elected by lay voters in combination with a college of clerics, a tradition that dates back centuries.

Pope Francis in Bahrain: a royal reminder of the ‘fr…… | News and reports

“Doing a parody of women is supposed to be progressive?; stunts like this only hurt the trans community”