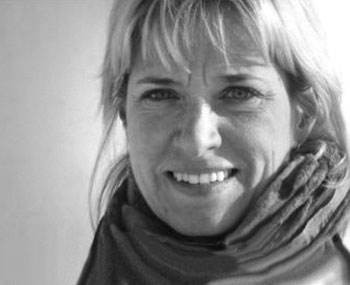 Dr Pevny succeeds Dr Rory Finnin, University Lecturer in Ukrainian Studies, who will be on sabbatical from 2018 to 2020 to carry out a series of research projects. Dr Finnin is the founding director of Ukrainian Studies at Cambridge, an academic center launched in 2008 to advance new approaches to the study of Ukraine. Over the past decade, under his leadership, the center has trained over 300 undergraduate and postgraduate students and organized over 100 public events to become one of the world’s leading academic centers dedicated to the study of Ukraine, the largest country in Europe.

Dr Pevny is a famous specialist in the art and culture of Kyivan Rus’ and Ruthenia. Before arriving at Cambridge University in 2014, Dr Pevny was Associate Professor of Byzantine and Medieval Art History and Chairman of the Department of Art and Art History at the University of Richmond . She worked as an archaeologist in Crimea and Greece, and worked as a curator at the Metropolitan Museum of Art in New York on the exhibition â€œThe Glory of Byzantiumâ€. She is originally from New Jersey.

“Olenka Pevny has singular expertise in the visual culture of Rus’, Ruthenia and modern Ukraine, and her enthusiastic commitment to the growth of the field of Ukrainian studies is contagious,” said Dr Finnin, who is also the former head of the department. of Slavic Studies (2014-2018) and former Chairman of the Cambridge Committee for Russian and East European Studies (2011-2018). â€œI am very happy to see her move into new directions in Ukrainian Studies from Cambridge in the years to come. “

â€œI am committed to building on the inspiring accomplishments of Dr Finnin,â€ said Dr Pevny. â€œIt has made Cambridge Ukrainian Studies a leading center for learning and research in Europe, and in the years to come, I look forward to helping Cambridge continue to advance the study of Ukraine.

“You will pray even in Spanish and Chinese”: on the Holy Apostles Peter and Paul (Fast of Saint Philip # 7)