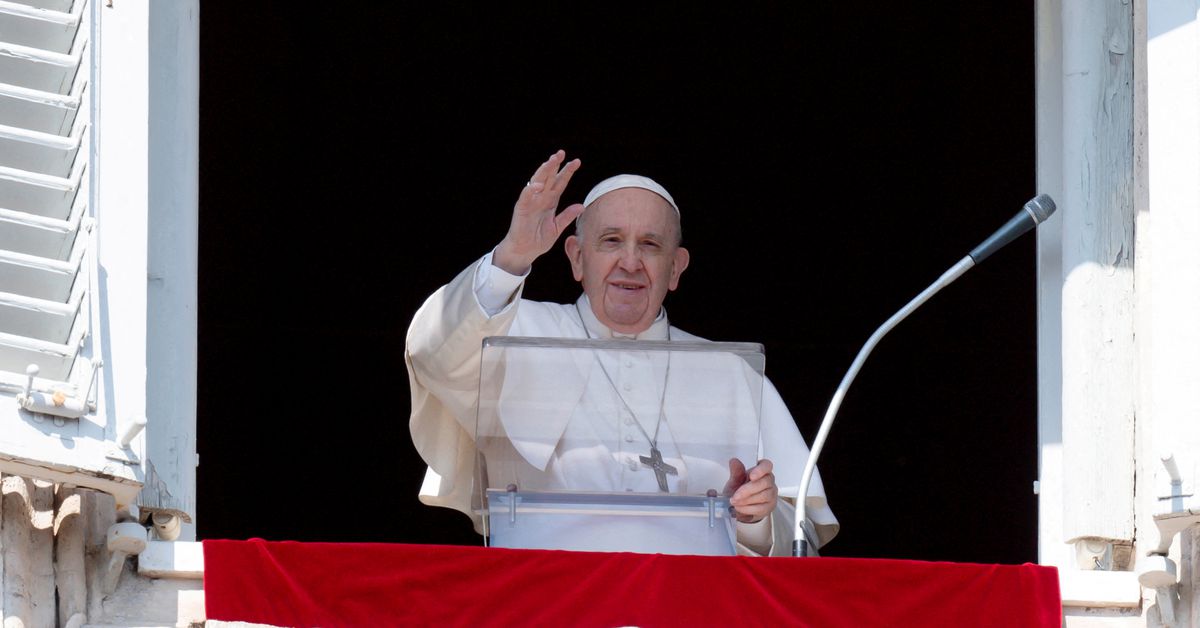 VATICAN CITY, March 7 (Reuters) – Since the start of the war in Ukraine, Pope Francis has challenged “those who make war”, condemned the violation of international law, spoken of people “oppressed by bombs and fear and lamented Ukraine a “martyr country”.

But he has been reluctant to publicly use the words “Russia” or “invasion” when speaking publicly about the conflict, making him one of the few world leaders not to do so.

On Sunday, he came closest to pointing the finger directly at Russia in implicitly rejecting Moscow’s use of the term “special military operation” for its invasion of Ukraine.

“In Ukraine, rivers of blood and tears are flowing. This is not just a military operation but a war that sows death, destruction and misery,” he said in his weekly speech to the crowd. gathered in St. Peter’s Square.

But again, the R-word and the I-word were notably absent.

“This incomprehensible stubbornness on his part is not good,” said an editorial in the Il Sismografo website, which specializes in Vatican and Catholic affairs.

“The rights of man, of peoples, of nations are at stake here,” the editorial said, adding that the pope should publicly call Russian President Vladimir Putin the aggressor and appeal to the Patriarch of the Orthodox Church. Russian Kirill, who supports Putin.

But experts say naming and humiliating are not part of the Vatican’s diplomatic playbook.

“You always leave room for the next conversation, for the next dialogue,” he told Reuters by phone from Washington.

On Sunday, the pope declared that “the Holy See is ready to do anything to put itself at the service of peace”.

Ukraine said it would welcome Vatican mediation, and Vatican Secretary of State Cardinal Pietro Parolin said he was willing to “facilitate” the dialogue.”

Although the pope was not specific, key aides were more direct. Parolin described the war as “initiated by Russia,” and Cardinal Leonardo Sandri, head of the Vatican department that oversees Eastern Rite Catholic churches, called it an “unwarranted invasion.”

“Lower-level officials making stronger statements than the pope are a bit of a departure from tradition, but that’s apparently part of the strategy,” Gaeten said.

On February 25, a day after the invasion began, the pope, in an unprecedented move, visited the Russian Embassy in the Vatican to speak with the ambassador from Moscow. No details emerged.

A complication for the Vatican is its relationship with the Russian Orthodox Church.

In 2016, Francis became the first pope to meet a leader of the Russian Orthodox Church since the Great Schism that split Christianity into Eastern and Western branches in 1054.

Both sides have declared their willingness to work towards unity, but they are still far apart theologically and on the role the papacy would play in an eventual reunited Church.

Any direct criticism of Russia’s pope or Putin could set relations back decades and thwart a second meeting between the pope and Patriarch Kirill that the two sides had hoped to hold this year, diplomats say.

Of the 300 million Orthodox Christians in the world, approximately 100 million are in Russia and more than 30 million in Ukraine, some of whom are in union with the Russian Orthodox Church.

There are also about 4.5 million Byzantine Rite Catholics in Ukraine who pledge allegiance to Rome. They are strongly pro-Western and Vatican sources say the pope is keen to avoid anything that could lead to religious conflict.

When Kirill and the pope met in Havana in 2016, they issued a joint statement deploring any hostility in Ukraine and vowed their churches would work for social harmony in the country.

But in recent years, Kirill seems to have grown closer and closer to Putin.

On Sunday, Kirill delivered an anti-Western sermon praising the people of Donbass, the separatist region in eastern Ukraine backed by Moscow. He praised them for resisting what he called sinful Western practices, such as gay pride parades.

Last week, Bishop Stanislaw Gadecki, president of the Polish Bishops’ Conference, sent a public letter to Kirill asking him to tell Russian soldiers ‘not to participate in this unjust war’, calling such a refusal a ‘moral obligation’. in front of God.

Some call on the pope to use equally strong language.

(This story corrects to replace “western leaders” with “world leaders” in paragraph 2.)