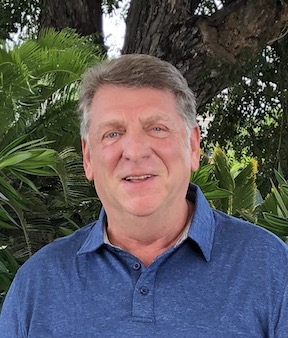 Alexander Dolitsky: The Life of Yuriy Sokolov, the Siberian Gulag, and the Dangers of Government Mandates of Atheism

Siberian Gulag in the life of Yuriy Sokolov

Soon after graduating from high school in Kiev, Ukraine at the age of 17, I was employed at the shipbuilding factory named Leninskaya Kuznitsa (Lenin’s Forge), now known as Kuznya na Rybalskomu.

It was a large factory located on the Dnieper River, with a workforce of around 15,000, mainly manufacturing civilian ships and a few small and medium-sized top-secret warships.

My family friend Naum Osipovich Talinovsky, one of the main engineers and senior manager of this industrial plant, helped me get the job of razmetchik (layout or marker) – work that required a reasonable knowledge of mathematics, good reading and understanding of technical drawings, and some tool-making skills. I was pretty good at the first two skills and had absolutely no talent for the third.

There were four or five plots / markers at the factory, and I was going to be the next generation in this rare profession. With 21 large workshops at the factory, I was assigned to workshop n ° 9, with nearly 500 employees: toolmakers, millers, turners, drillers, bookkeepers, accountants, engineers, technicians, crane operators, etc.

Six months of professional training were necessary to learn the trade. Yuriy Sokolov, the eldest and the only one razmetchik in workshop n ° 9, was responsible for my training. Yuriy was a thin, muscular, tough-looking, sturdy and relatively tall man. He was in his early thirties. Yuriy’s last name was Sokolov – a hawk in the literary translation from Russian to English.

Once, after a day of work, in the locker room, I noticed a large hawk tattoo covering Yuriy’s entire chest. In the Soviet Union, before its dissolution in 1991, tattoos were mainly associated with criminal activity and gangs. I immediately understood the significance of this bodily characteristic, but could not make a meaningful connection.

During two years of working with Yuri at the factory, I hardly ever saw him smile or laugh – and, obviously, there was a reason. At one point in our work together, when Yuriy warmed up and allayed his distrust of me, he revealed a personal and tragic story that unfolded during his youth.

At 19, he was wrongly and harshly sentenced in an incident involving the son of a senior Communist Party official. Obviously, in some street fights between young gangs, a large illegal knife was used as a weapon – a large NO in the Soviet criminal justice system. One of the participants in the brawl and owner of the knife was the son of the senior party official. After everyone involved in the incident was arrested, the knife bearer’s influential father begged Yuriy to claim ownership of the knife to save his dirty son’s skin, assuring Yuriy that he would get him out of this mess. “I have connections, I’m going to get you out of this mess.” You will emerge as a free man and after that I will show you my gratitude, ”he promised Yuriy privately.

Naive, Yuriy trusted the man and confessed to authorities that the weapon was his. However, when the time came for the hammer to strike the nail, the influential father backed off and dropped the ball on Yuriy. As a result, Yuriy was sentenced to 10 years in a high security ward. gulag (prison labor camp in the former Soviet Union) in Siberia. Life was hard in Siberia; he worked in the forest industry in the tayga (Boreal forest).

During two years (1969-1971) of my work with Yuriy, he revealed to me many stories from his life in the labor camp – about the political religious prisoners he encountered, the frequent cruelty of the security guards and the long working hours in the vast Siberian tayga. He kept repeating: “Over there, nobody wants you, but you exist.

He constantly used the unique Gulag profanity and vulgar language in his conversations. At first I could barely understand his speech, which consisted mostly of criminal slang and villainous expressions. For example, due to my poor tool-making skills, Yuriy often yelled at me, “You are neither good with women. [he used a woman’s private part of the body in this expression]nor for the Red Army ”(that is, you are no good for anything; or you are neither fish, nor flesh, nor goldfish).

He always spoke loudly, like a master sergeant to his subordinates, directly and criticized the socialist economic system for its inefficiency and lack of productivity. It didn’t matter who was around him.

“The stupidity of this planned economy is remarkably fucked up,” he complained. “For two weeks we are all busy here right up to the front lines and for the next two weeks we wait for the supplies to arrive, fooling around like convicts in the penitentiary.”

Yuriy’s tenacity and straightforwardness reflected his difficult years in the gulag and absolute mistrust of high-ranking party members.

During the off-work weeks at the workshop, management held ideologically linked meetings for all workers during lunch hour. The leadership once invited a member of the Atheism Institute of the Ukrainian Academy of Sciences to propagate an anti-religious dogma based on Marxist-Leninist ideology.

In the post-WWII period (mid 1940s to late 1980s), the Soviet government tolerated religion, but did not encourage it. However, the government has consistently advocated atheism and viewed religion as “an opium for the people”. The visit of the member of the Atheism Institute was deliberately aimed at two young people from the workshop, Gregory and Glebe, who practiced baptism (there were many Christian denominations in Ukraine) and spoke openly about their Christian faith with d other workshop. They created an “anti-Soviet” atmosphere among the workers.

Gregory and Glebe attended the meeting and courageously entered into discussion with the Institute propagandist. Shockingly to the meeting attendees, the inexperienced young propagandist from the Institute lost a debate against deeply religious Gregory and Glebe and eventually left the workshop, healing his wounds and embarrassed by his lack of theological knowledge.

Nonetheless, two weeks later, the Institute sent a senior member to recover from the initial embarrassing defeat; and Gregory and Glebe held on again. They weren’t intimidated by management or afraid of losing their jobs. In fact, they were disciplined workers and highly skilled toolmakers. Management appreciated their skills and work ethic. They did not lose their jobs.

I was aware that many workers, including engineers, technical staff, and some workshop executives were secret believers; but were afraid to reveal their Christian identity and faith for fear of losing their jobs, all except Yuriy.

After these two meetings, Yuriy became even more vocal, constantly speaking about God and his family’s faith and devotion to Christianity, recalling from the gulag stories on this topic.

One day, Yuriy came to work looking cloudy and tired, periodically checking his pulse. Several hours later, he suddenly collapsed from a massive heart attack. I couldn’t help him; I didn’t know how. I ran to the medical center for help. By the time medical assistance arrived, Yuriy was dead. He was 33 years old. He leaves behind his wife and three-year-old son.

Political and religious refugees, including myself, who have escaped totalitarian socialist regimes, are aware of the responsibility and cruelty of one-party socialist socio-economic systems and of an official secular public philosophy.

These political and religious refugees must be listened to carefully.

This essay is my tribute to Yuriy and the other victims of the corrupt, brutal and totalitarian communist regime. It is also a call to my American compatriots to protect our exceptional country, its unique history, its socio-economic construction and its Judeo-Christian moral values.

Otherwise, there will be no place to go.

Alexander B. Dolitsky was born and raised in Kiev, in the former Soviet Union. He obtained a master’s degree in history from the Pedagogical Institute in Kiev, Ukraine, in 1976; a master’s degree in anthropology and archeology from Brown University in 1983; and was enrolled in the doctorate. anthropology program at Bryn Mawr College from 1983 to 1985, where he was also a lecturer at the Russian Center. In the USSR he was professor of social studies for three years and archaeologist for five years for the Ukrainian Academy of Sciences. In 1978 he moved to the United States. Dolitsky first visited Alaska in 1981, while conducting field research for Brown’s Senior School. He first lived in Sitka in 1985, then moved to Juneau in 1986. From 1985 to 1987, he was an archaeologist and social scientist at the US Forest Service. He was adjunct assistant professor of Russian studies at the University of Southeast Alaska from 1985 to 1999; Social Studies Instructor at Alyeska Central School, Alaska Department of Education from 1988 to 2006; and was director of the Alaska-Siberia Research Center (see www.aksrc.homestead.com) from 1990 to present. He has conducted around 30 field studies in various regions of the former Soviet Union (including Siberia), Central Asia, South America, Eastern Europe and from the United States (including Alaska). Dolitsky has been a speaker on World Discoverer, Spirit of Oceanus and Clipper Odyssey ships in the arctic and subarctic regions. He was the project manager for the Alaska-Siberian World War II Lend-Lease Memorial, erected in Fairbanks in 2006. He has published extensively in the fields of anthropology, history, archeology and ethnography. His most recent publications include Fairy Tales and Myths of the Bering Strait Chukchi, Ancient Tales of Kamchatka; Tales and Legends of the Yupik Eskimos of Siberia; Old Russia in Modern America: Old Russian Believers in Alaska; Allies in wartime: the Alaska-Siberian airway during World War II; Spirit of the Siberian Tiger: Tales from the Russian Far East; Living Wisdom of the Far North: Tales and Legends of Chukotka and Alaska; Pipeline to Russia; The Alaska-Siberian air route during World War II; and Old Russia in Modern America: Living Traditions of Old Russian Believers; Ancient Tales of Chukotka and Ancient Tales of Kamchatka.

Read: Duke Ellington and the effects of the Cold War in the Soviet Union on intellectual curiosity

Read: United We Stand Divided We Fall With Race And Ethnicity In America

Read: For America’s Schools To Be Successful, They Need This Ingredient

To read: The case of the ‘delicious salad’

Read: Beware of activists who manipulate history for their own agenda

Read: American leftism is the real picture of real hypocrisy

To read: History does not repeat itself